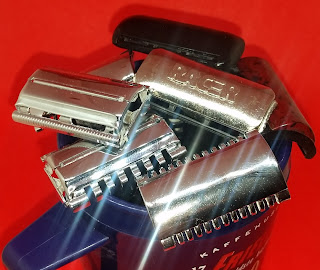 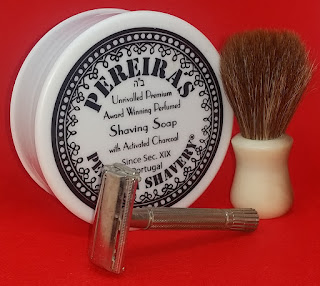 PS: My Seven Razor PIF is still up, with several razors unspoken for. Why not check it out 🙂 ?

PIF is short for Pay It Forward; an expression for describing the beneficiary of a good deed repaying it to others instead of to the original benefactor.

Over the years I’ve benefited greatly from friends and acquaintances online paying it forward… soaps, razors, some aftershaves and even a very nice brush once. I’ve also payed forward to friends and acquainted both in the flesh and online, and have converted at least two of my offline friends to traditional wetshaving.

After going through my razor rotation in conjunction with splurging on a stainless steel razor, I’ve decided to focus my rotation a bit more… retaining my vintage razors, a couple of higher end razors, as well as my first DE razor. And that means that I have some razors left over… I could have put them in a drawer, but I believe that razors are made to be used so I decided to offer them up as a PIF on the Shavenook instead (link to the PIF thread)

Up for grab is three Cadets, two Merkurs, a Lord and a Wilkinson Sword.

The Cadets are made in India, and was sold via Shave-a-Buck among others a few years back. Chrome over brass as far as I know, although the three piece razor might have a zamak head – sources differs. All should last a lifetime with proper care though.

Merkur Solingen hardly needs an introduction;they are one of the largest European manufacturers of traditional DE razors, and have been around since at least the 1920’s. Earliest patent I found assigned to them was from 1916.

Lord and Wilkinson Sword is another two of those that needs no introduction for those who have been around traditional safety razors for a while; while perhaps better known for blades, they both churn out plenty of goo, affordable safety razors in modern materials.

I consider them all these razors to be “user grade” – not due to them not being well maintained, but they are not mint any longer. I still have the plastic boxes the three Cadets, but the rests did not come in  boxes to begin with.

The links under the images goes to my reviews of the various razors, some of them dating back to when my blog was almost new and I had less knowledge in writing than I do today.
﻿ 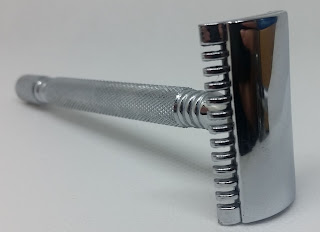 A three piece open comb razor – pretty much a case of what you see is what you get. It is heavier than I expected, since the handle is solid, not hollow like it is on many other inexpensive razors. This gives it a pleasant balance in my opinion, with the centre of gravity about 3cm below the head. The TP-01 is a bit more aggressive then the Merkur 25C OC, but still fairly mild compared to some of my other razors. 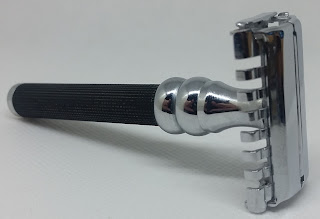 An Open Comb, Twists-To-Open razor, and one of the very few of this style I’m familiar with. The balance is very good which makes for an easily manoeuvrable razor. The open comb and head geometry makes it slightly more aggressive than the closed comb Cadet TTO-13, but not by much. It’s an efficient axe for mowing down stubble, but at the same time great for touch-ups and polishing. Paint on the handle is starting to wear off, which don’t affect how well it shaves. 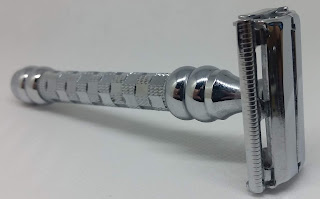 The TTO-13 is a hefty piece of metal; however the balance is excellent, with the CG being just below the ‘double ball’ on the handle. The handle itself is comfortable to hold, and the machined checkerboard pattern makes it near impossible for it so slip even with wet and soapy fingers. The craftsmanship is excellent, even more so when you consider how inexpensive it was. It is worth noting that the Cadet TTO head has a flatter blade angle and a larger blade gap than either my Parker or my Gillette TTO has. This gives a more aggressive shave, and means it’s less forgiving to errors in the shave angle. 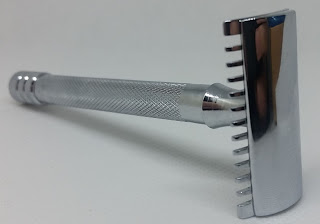 The Merkur 25C is a mild and efficient open comb razor. It is overall a solid razor, with a handle that’s somewhat thicker than your average pencil but not by much. The balance is good in my opinion, but YMMV depending on your taste. As far as I know the handle brass while the head most likely is zamak, both with a thick chrome coating. A mild razor good for sensitive skin and new shavers alike. 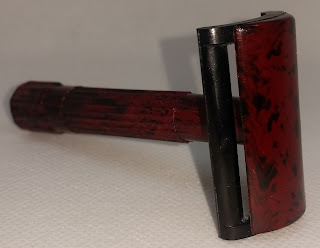 It’s very lightweight, which I found makes it easier to not put any pressure on it at all. It’s often said you should let the weight of the razor do the work for you, but in the case of the 45C it’s the sharpness of the blade that does it. The 45C has a rather retro style to it, which suits the material – bakelite – rather well. The reddish-brown and black might not be everybody’s cup of tea, but the looks deceive; this is a good shaver. 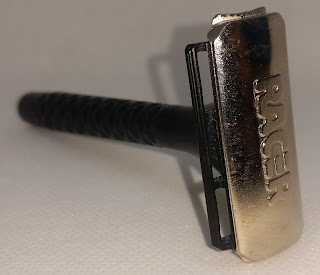 This Lord Racer razor is/was manufactured in Egypt. The model is also known as the Lord 205 as far as I know. It is made of injection moulded plastic, except the top of the head which is cast aluminium. The mixed construction is well balanced, with the centre of gravity shortly below the head. This makes for an easily manoeuvred razor, while keeping it so light you hardly notice that you’re holding it. The cap also covers up the sides of the razor blade, removing one possibility of cutting your fingertips open. The design allow for a pretty generous blade gap, while holding the blade almost flat. This means the Racer is a fairly aggressive shaver, more so than most of my other razors. It might be useful as a semi-disposable travel razor, or for someone wanting an aggressive beard killer. 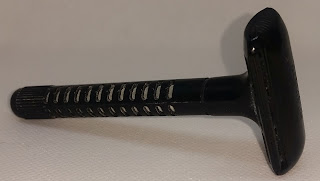 The only DE razor I’ve tried so far that feels very much like a cartridge razor in use, which I suspect it’s due to the materials and design of the razor. The molded thermoplastic with a metal rod inserted in the handle gives a very tail-heavy balance. The WSC is not the mildest, nor the most aggressive I’ve used. The construction is sturdy, and the fact that the cap covers the ends of the blade is a nice touch. The head is a little on the big side. I have given these razors to friends before who wanted to try out traditional wetshaving with good results. A good razor for beginners in my opinion.

Please note that there is a couple of provisos for joining the PIF; you’ll have to be a member of the ShaveNook, you have to agree to give the razor onwards rather than sell it if/when you no longer want to hold onto it, and you have to promise to smile at least once a day. That last bit is important…

Since there is seven razors up for grab, I’ll keep the PIF open for seven days – until 1800 CET Saturday the 19th of January (link goes to countdown) – that should be enough time to join the ‘Nook (if you’re not already a member – don’t forget to say Hi in the introduction sub-forum) and post in the thread that you are in and what razor you would like or “no preference” if you want a razor and are less discerning as to which – they are all good shavers. If there is several of you who wants the same razor, I’ll randomly select one.

Jack from over on the Shave Nook – my favourite shaving forum – and Larry from Cold River Soap Works teamed up to send a PIF, and I was overwhelmed when I discovered not just a soap, but two of CRSW’s Glide in my mailbox. 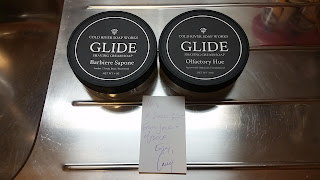 I have some previous experience with Glide as I outlined in March, thanks to a previous PIF via the Nook, and if the scent is anything to go by the Barbiere Sapone and Olfactory Hue are an even better fit for me than the Morning Ghost (and I like the later quite a lot). Both passes my wife’s nose with flying colours too, which is always a bonus when it comes to soaps – not all my soaps do, much to my despair…

So a big shout out to Jack and Larry – thank you for making my shaving journey even more interesting!