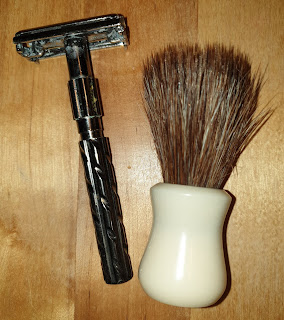 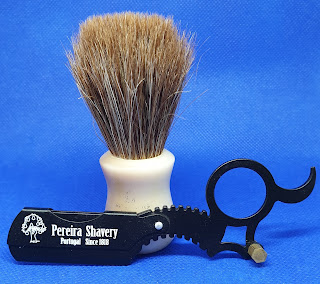 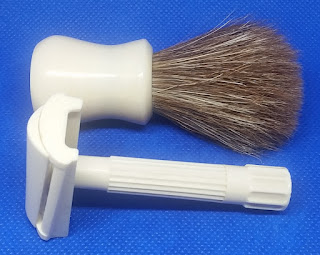 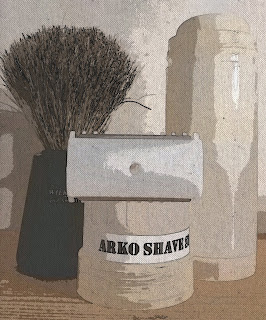 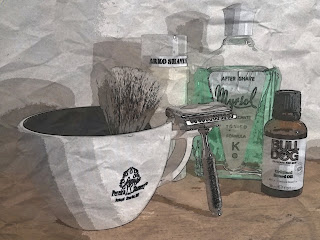 Last week I was running a little experiments; lathering soap without the benefit of a brush, as well as trying more common soaps – basically just put soap on face, rub to lather and shave with a BiC disposable. This was in part inspired be a comment someone made a few weeks ago on my favorite shave forum, partly inspired by curiosity (the things I do sometimes…).

First I tried with my trusty Arko Shavestick; result were a very thin layer of lather little less cushioning than when I use it with a brush, but quite acceptable – if you’re used to canned goo at least.

Second out was using Prairie Creations’ Goat Soap hand soap. Results were… okay, if you’re not used to proper shaving. Thin and patchy, didn’t want to stay put on my face. Glide but no cushioning at all. Something like a cream soap might have yielded better results, but I used the bar I had handy.

Last out was my regular shower gel… and I have to admit, the shave was slightly better than the hand soap, and almost on level with one of my brushless creams; glide but no cushion, and no post shave effect at all. I know people who shave in the shower with shower gel, and after giving it a go I pity them.

As to summarise… well, apart from the “what am I doing?”, it shows that you can shave with virtually any soap… it just wont be as good as a proper shave.
If you’re going on an extended hike and can’t find the space to pack a brush, a stick of Arko can suffice to give you a half decent shave while doubling as a general soap – while a general soap likely wont do double duty as a shave soap. But if you’re that hard up for space, why bring a razor?