When you think “disposable razor” today, you think plastic. But there was a time before non-biodegradable materials were the material of choice for things used a few times and then dumped in the landfill… and in those days a lady would want smooth legs and hairless pits even if she had forgotten her grooming equipment when she went on a unplanned rendezvous. 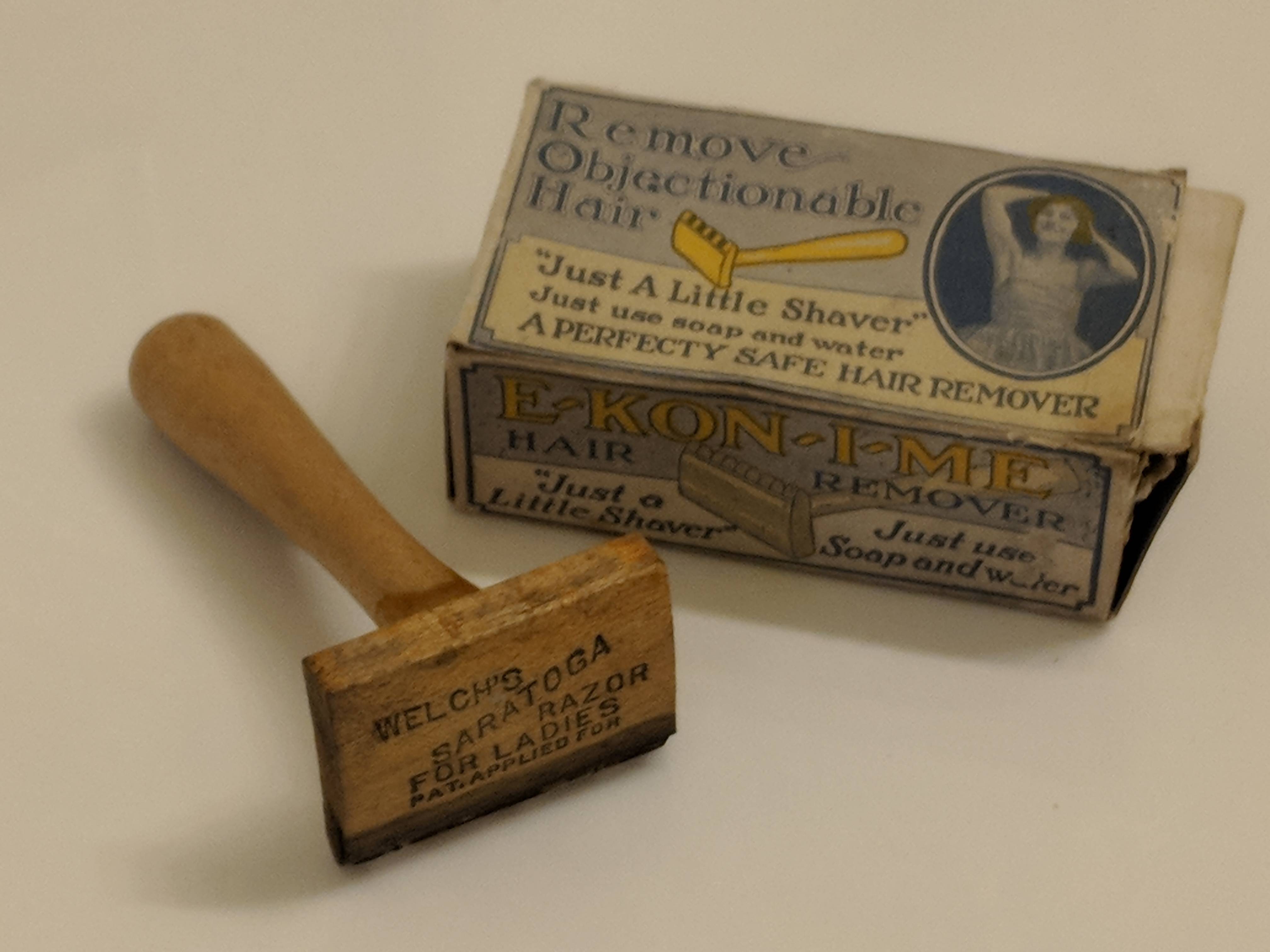 Enter the Welch’s Saratoga Disposable Razor and/or E-KON-I-ME (economy?) razors, identical in all but name as far as I can tell, and both also used the trademark “Just A Little Shaver”. A perfectly safe hair remover that would aid you in removing objectionable hair. 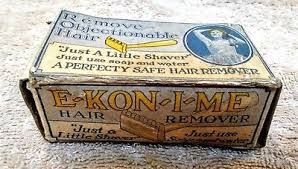 Robert K Waits’ compendium tracks the trademark back to 1917, not that long after we as a society started body-shaming women into shaving their armpits (which happened in 1915). 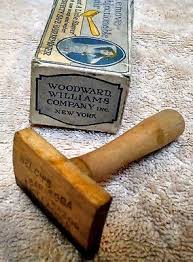 The razor was made by Woodward-Williams Co. Inc., of Rochester, NY. Given that the only difference is the markings on the head, and that Saratoga apparently was a popular summer resort, I assume it was possible at the time for a hotel or resort to have razors like these rebranded as a promotional item… something you could keep for a while as a tangible reminder of the unplanned rendezvous you suddenly went on. 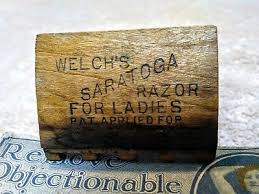 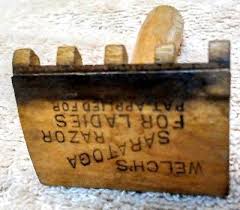 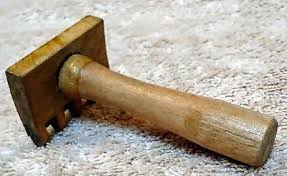 The razor itself is simple enough; all wooden construction, a head with an open comb cut on one side and a slot for a blade, and a fairly stubby handle. Given the coarseness of the comb – only five teeth across the whole razor – it probably wasn’t the smoothest of razors out there… but it was available on site as it were, and if you really need a shave a razor in your hand is ten times better than a razor at home.

The E-KON-I-ME brand was also used on a razor blade sharpener. The name makes more sense for that product, so I’m assuming in the absence of firm information that the sharpener started manufacture before the little wooden disposable. 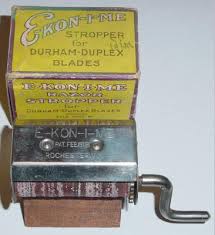 A bio-degradable disposable would be a nice option to have today, but I think I would prefer something a bit more refined than these wooden ones. Still fun to dive into what little I could find about them and share with my readers.