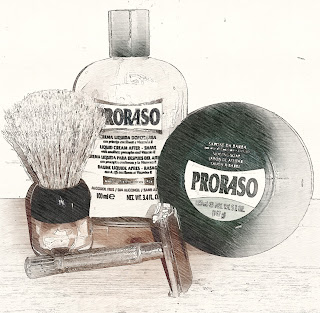 Today we’re used to the big multinationals sticking yet another blade on their razor and hailing it as the greatest breakthrough in shaving since the blunt stick… but the idea of “one blade good, more blades better” came quite soon after the Gillette safety razor hit the market. One of the earliest I’ve found so far was patented by Mr Herbert G. Harrison in 1909.

What Mr Harrison claimed in his patent was eightfold, namely:

Sounds complicated. Luckily the drawings makes it all clearer… 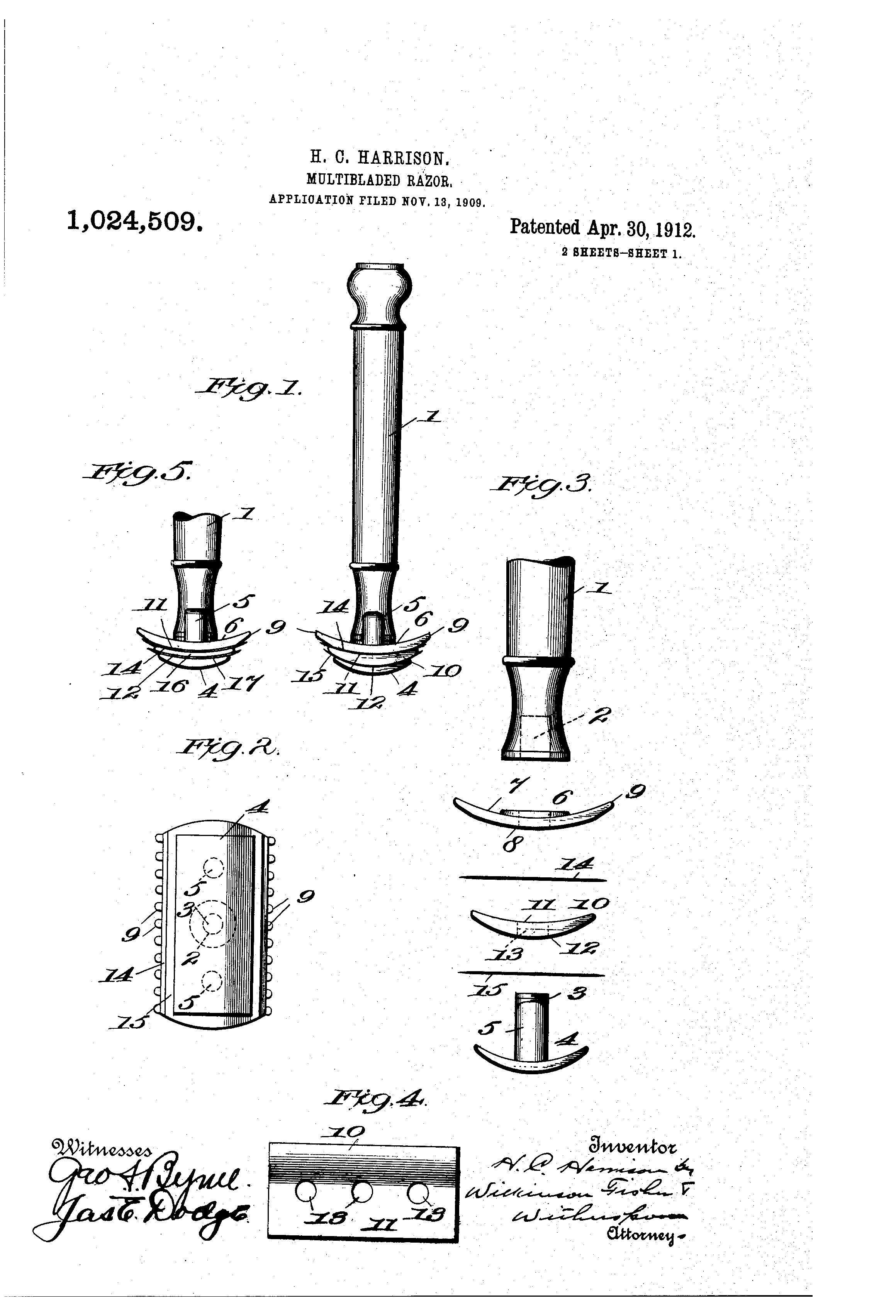 So all those words just means two DE-blades stacked with a spacer in between. I seem to recall that a razor like that hit the market a couple of years back and pretty much flopped – much like Mr Harrioson’s razor seems to have done in 1909.

The big selling point of the Rubberset brushes back in the day was that the bristles were set in rubber – which were claimed to be stronger, longer lasting and handling hot and wet better than other ways of setting the knot. So naturally they used those alleged benefits for all it was worth in their advertisements. 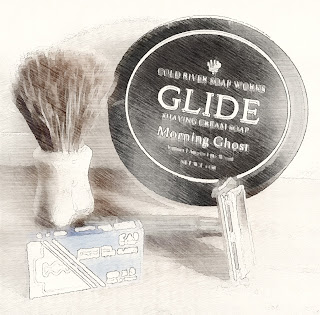 Have a look a this Gillette Goodwill razor (picture found at Mr Razor’s site), paying special attention to the top cap:

Now; look at what Mr  Henry Jaques Gaisman patented and later transferred to Gillette Co LLC, covering both the shape of the blade and the manner in which it was secured in the razor: 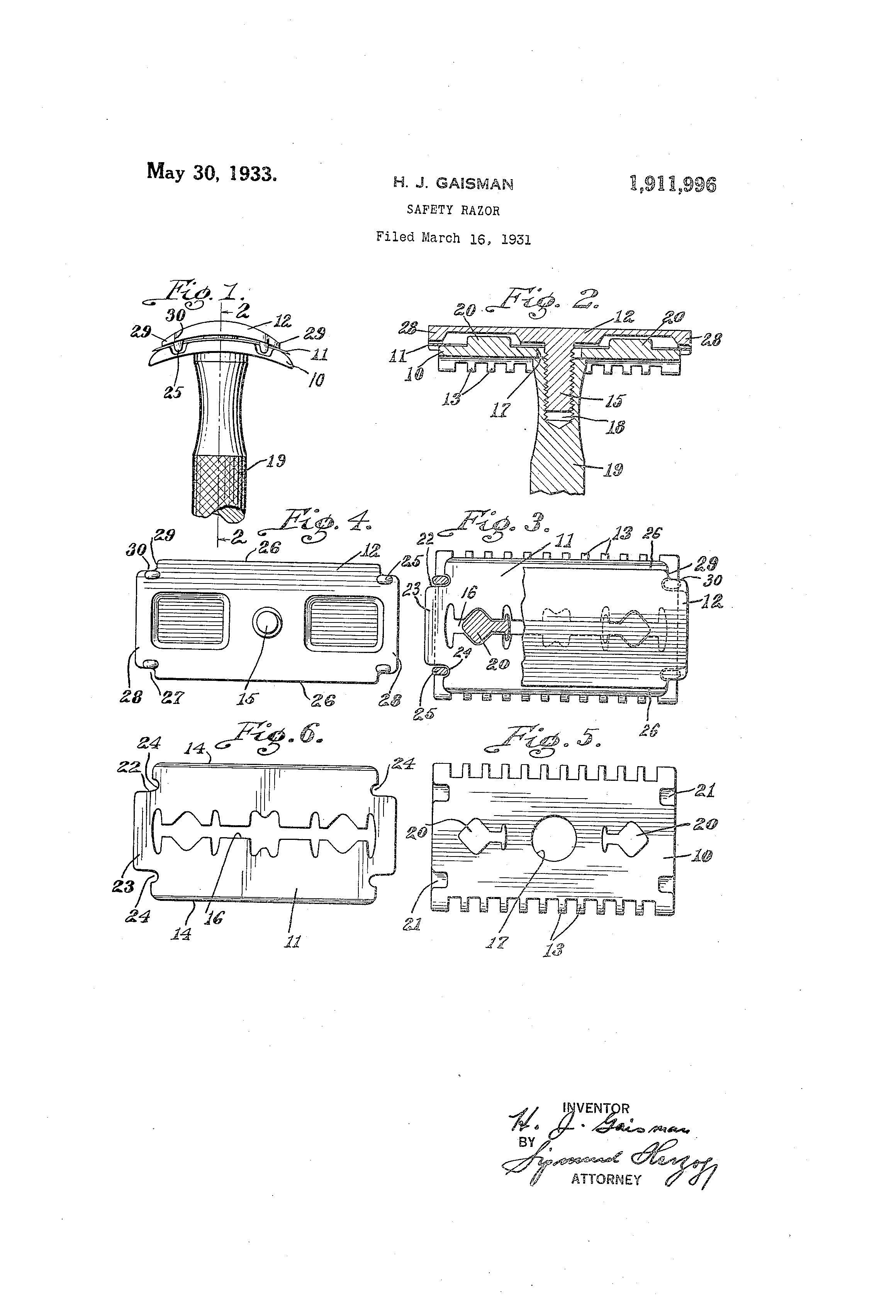 Look at the top cap, with the square cut-outs and corner posts. Look at the Goodwill again. Looks remarkable similar, do they not?
I do believe this is the patent that gave rise to the Goodwill – well, technically to the Probak.
Probak, I hear you say?
Turns out that the DE blade we know and love today isn’t really a Gillette blade, but the result of an attempt to work around Gillette’s patent on the three hole blade.
Mr Gaisman designed a blade that would work in his proprietary Probak razors (with oddly shaped studs – there was at least eight different base plates and top caps with different shaped studs) as well as in Gillette’s razors; but none of his razors could not accept a Gillette three hole blade, thus neatly sidestepping the patent.
With Gillette working on a similar concept at the time – using a slotted blade – the resulting patent conflict ended when Gillette bought out Probak Corp (and their parent company, AutoStrop Co). The stock of Probak razors were given away or sold cheaply (sources differs) as the Gillette Goodwill, and that is the name they are known under today.
To wrap things up, lets look at a Probak advertisement and compare to today’s DE-blade:

Apart from the shape of the middle hole – the X-shaped hole creates a lot of corners that ‘trap’ stress in the metal – the blade design is unmistakably Mr Gaisman’s, and not Gillette’s. And I only learned the story behind that because I found an old patent online… funny how things work sometimes. 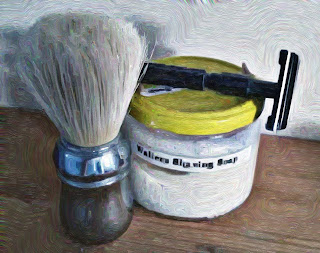 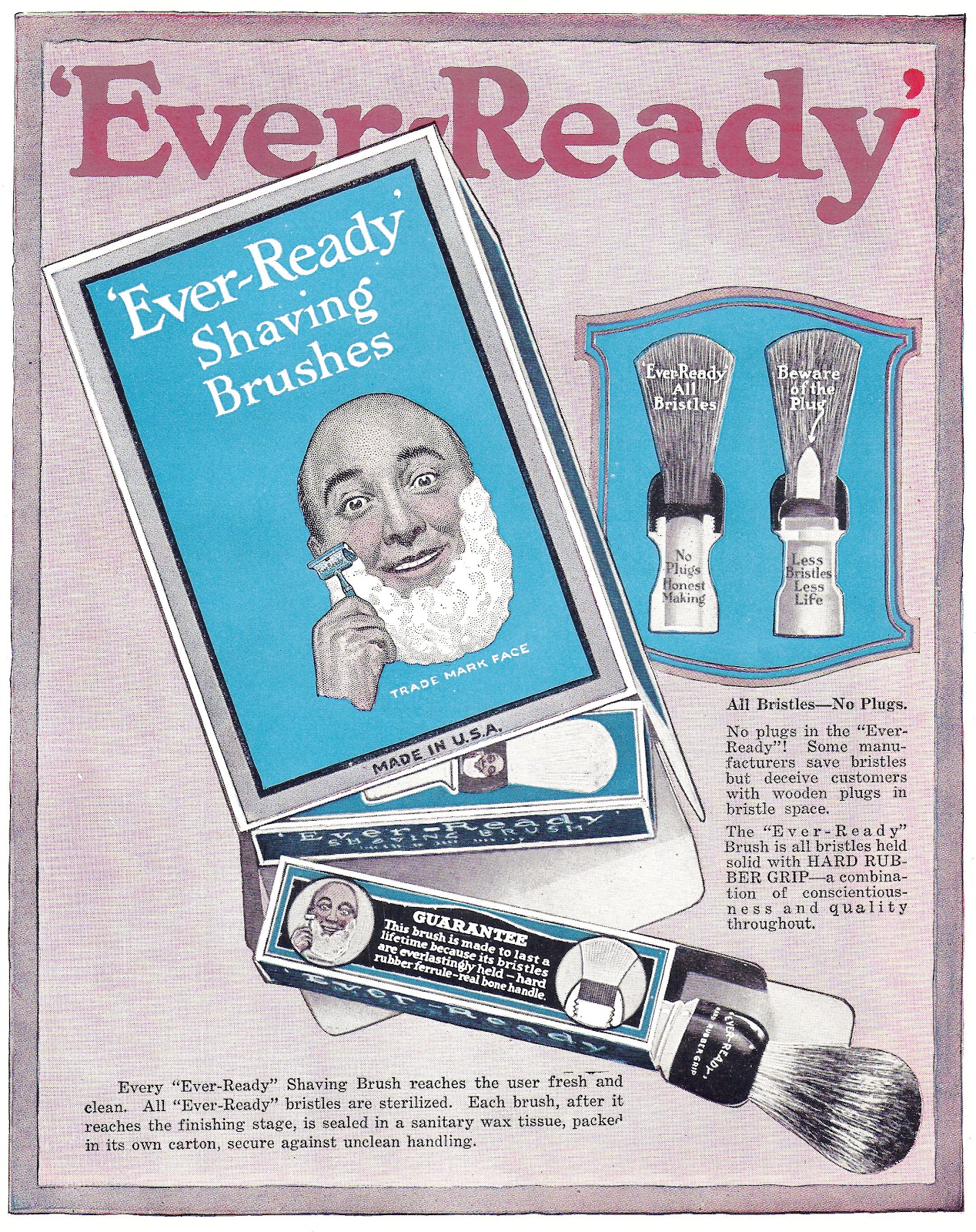 One thing is the neat looking vintage packaging shown in the advertisement, another and more intriguing thing is the cross sections. The “less honest” brush with the plug shows a way of using less hair in a brush of a given diameter that I’ve not even imagined before… I just assumed less dense brushes were simple less well packed.
Makes you wonder about the ‘glue plug’ one sometimes sees in cheap grocery store brushes over here… is it big because manufacture and quality control is sloppy, or to hide the fact that it’s a loosely packed brush? 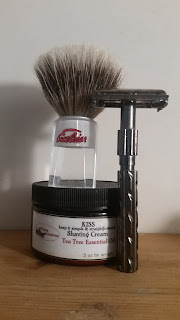