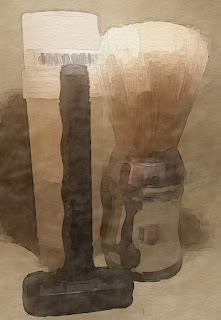 There are a couple of things about this hobby that ticks me off… the big one is not unique to wetshaving; shilling. Not to point fingers or mention names, but there is a couple of vendors who either condones or outright encourages shilling – which is bad enough when they use it to shill their own products, but worse when they use it to talk down, belittle or attack the products of others.

Okay, a little back story: A little while ago a new razor manufacturer popped onto the scene, offering something as uncommon (but not unheard of) as a fully machined Titanium razor. Not as cheap as most razors at just shy of 400, but not expensive either all things considered.

For those who don’t know, machining Ti is… well, difficult don’t quite cover it. It requires skill, longer time to machine, frequent replacement of cutting tools, and so on. It’s notoriously hard on tools due it’s high strength, elasticity, and poor thermal conductivity. An online source I trust points out that a lot of shops won’t machine titanium because of the high costs and wear on tooling. So not only is the base metal costlier than more common materials like steel or aluminium (not to mention zamak and potmetals), but it’s also costlier to turn into a complex shape like a razor head – not to mention a tapered, hexagonal razor handle with engraved chevrons. If you also factor in that the razor is manufactured in a first world nation where you’ll have to pay your machinist a decent wage, 400 frankly sound downright sensible – it’s not far from razors such as the OneBlade, which have gotten near universal acclaim.

I personally have some minor experience in forming, shaping and drilling Ti in sheet form, and even the simple work I did required a whole day (and a fresh piece of sheet metal after I bungled the first). The skill and patience to actually machine it is beyond me – and I strongly suspect beyond most people.

Which is part of the reason why quite frankly got quite pissed when I decided to look for some information on the Paradigm in order to make a tiny blurb on the blog about how someone was making a  razor the hard way – as mentioned machining Ti is hard – and found something else on the first page of the search result.

Lets have a look shall we? 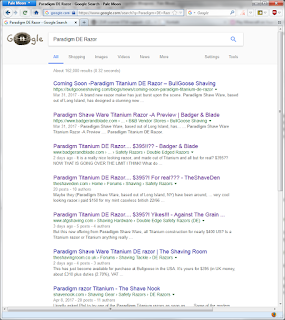 For those that see but don’t see it: Multiple threads across multiple forums, all started by users with different usernames – but with pretty much the exact same title and identical punctuation? Add to that the factoid that all the thread starters attack the prize of the razor, yet none states to have tried it.

I don’t know about you, but to me something smells more than a little off… it’s pretty much the exact pattern you’ll see when someone is shilling, but used to attack a very interesting razor (sadly outside my budget) and a brand new manufacturer.

As a fellow shaver and gentleman stated in one of those threads: “For some people , Titanium is not worth the price that is being asked for these days and for others would be their objects of desire.” Does the fact that you don’t want to pay the asking price for a razor mean that you’ll have to try to talk it down? I don’t see many people shit-talking the price of a Porce claiming that it shouldn’t cost that much to make, nor many scooter drivers shit-talking Harley-Daveson for selling expensive motorcycles.

Overall one have to wonder why there seem to be a drive to talk down a new, promising manufacturer who choose the difficult way to break into the market. Did Paradigm steal some ones thunder by releasing a Ti razor? Is someone out there feeling a bit of pressure and want to get rid of competition? Or is it plain pettiness? Hard to say, but either way it’s not a gentlemanly thing to do.

People makes me angry at times. This is one of those times. 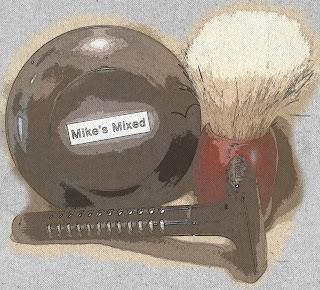 I have found some references to being able to use the Schick Twin with normal injector blades, but not more than one… on some images online the twin blade looks to be made of two blades that each are thinner than the normal blade… the resulting double blade seems to be a little wider and thicker than a modern single.

A modern single blade in an E2 injector. 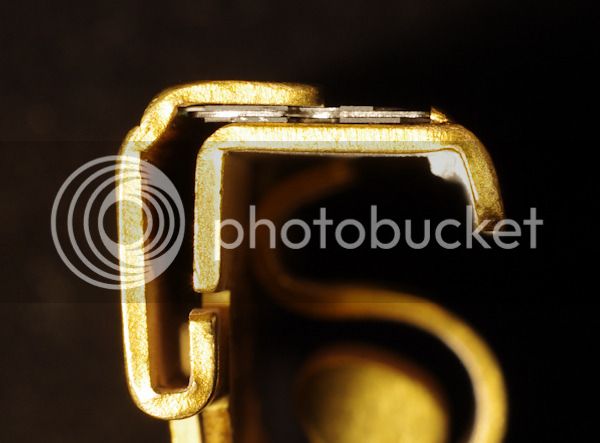 A Schick Twin blade in the same razor – same razor and blade as the second to last image in last Thursdays post.

It is also interesting to see the ‘naked’ blade compared to normal injector blades (modern blade on the left and an original on the right); slightly staggered, and with cut-outs to allow cleaning.

I’m finding several fleaBay auctions for Twin blades, but most of them looks like NOS from late 80s or early 90s… plenty with Japanese or possible Chinese labelling that may be more recent though, hard to tell. 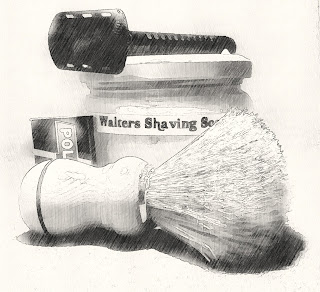 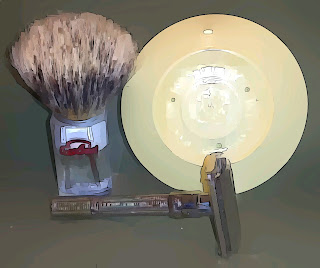 Found these while I was looking for pictures for Tuesday’s post: 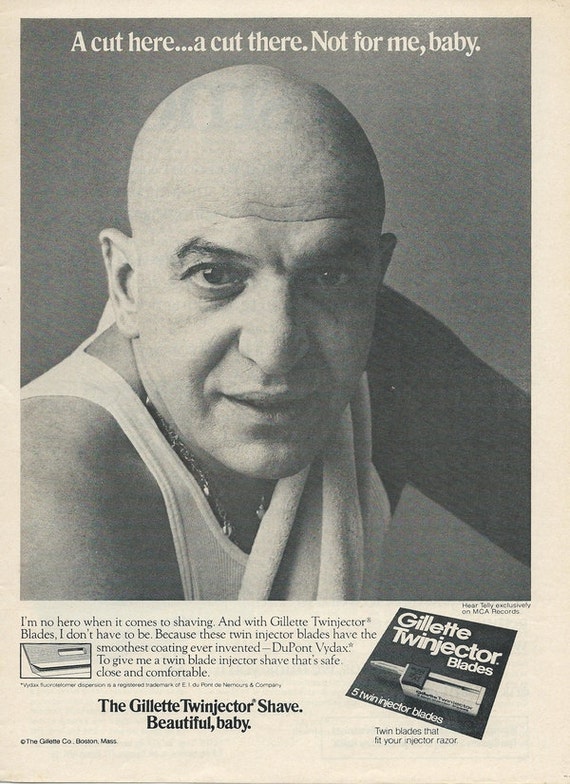 Twinjectors is something I’ve never heard about… but they must clearly have been a thing, and as far as I can tell they came out at about the same time as first twin blade cartridges – but they don’t seem to have been on the market for very long. Even my favorite shvaing forum – the Shave Nook – only have a single post even mentioning the Twinjector; a want-to-buy post from 2013.

A few more pictures I found while digging for more information: 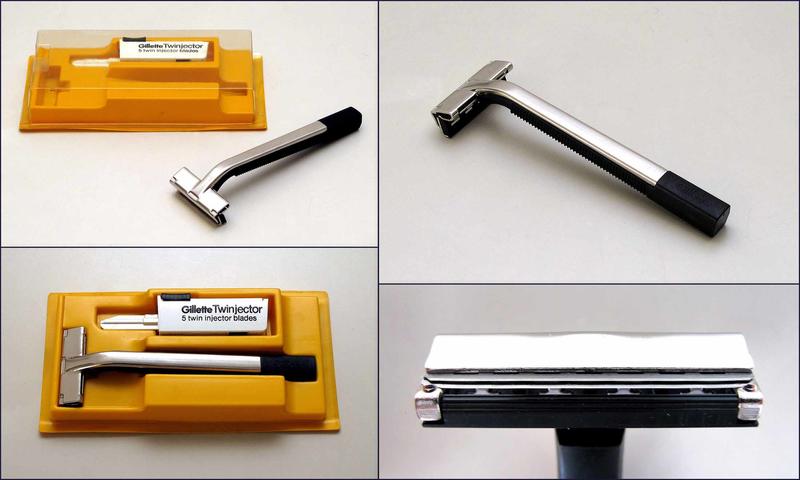 As often happens, Gillette was not alone in making injectors for twin blades. Both Persona and Schick made them as well in the same time frame, and they seem to have sunk into the murky depths of time without leaving much behind as well.
The Personna Injectore II: 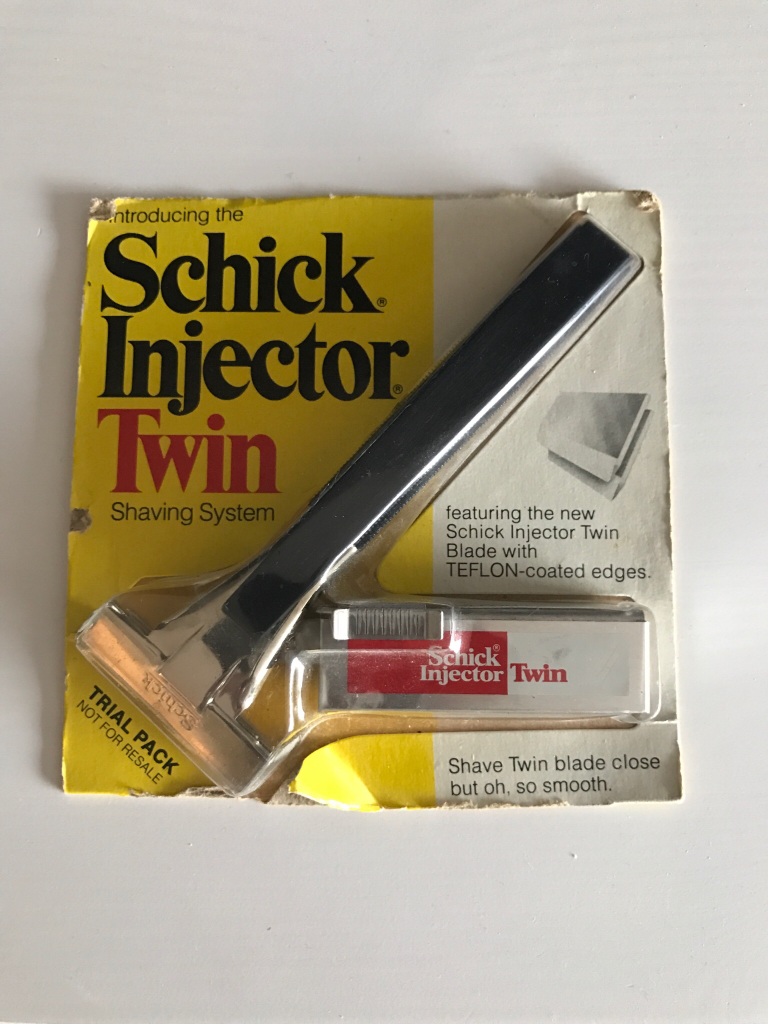 I suspect the various twin blade injectors were plagued by the same fault as most multiblade carts; clogging between the blades…

All in all an interesting little oddity that I’m happy I stumbled across in my meandering trek across the internet. 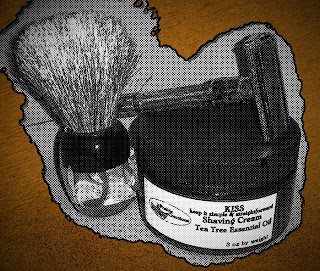 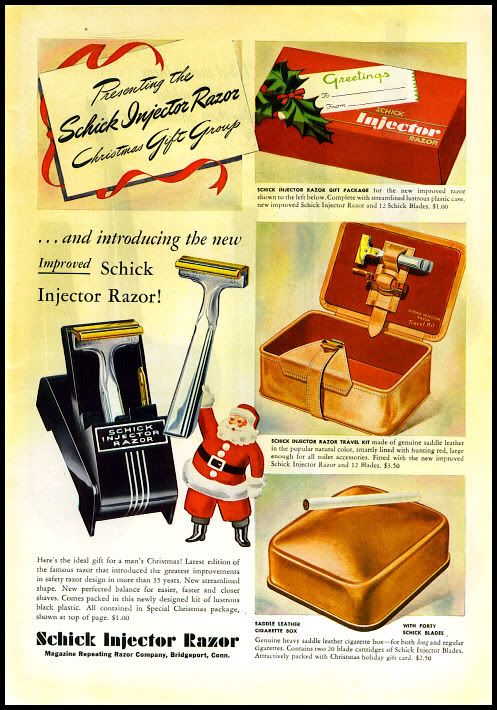