Time passes fast when one is doing something one enjoy, and yet another year has passed.

My den haven’t grown by much the last year, but my technique keeps getting sharper – if y’all excuse the pun – and in the end it’s the shave that counts, not how many razors, brushes or soaps one has in rotation.

So in short, I wish you all a nice, peaceful and well shaven new year! 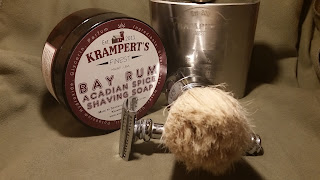 I don’t have a big bathroom with loads of counter space, so if I were to do the SOTD photos in the bathroom I would have to either balance everything on the sink or treat y’all to photos of the seat of my bog.

I do however have a free shelf in the room next to the bathroom, so I set up a small area for photo shoots there. Nothing too fancy but then again I use my cell phone to take the pictures, so there is no reason to go overboard. 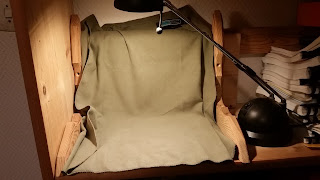 Two shelf brackets to give me a left and right limiter, a wooden board in the back, a bright lamp (originally halogen but switched to LED like almost every single lamp I own), and a recently added microfiber towel. 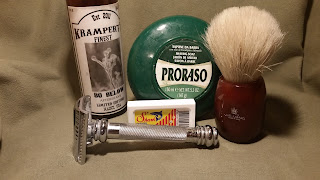 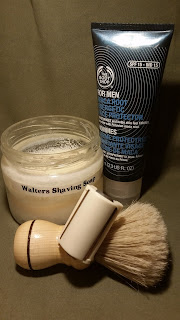 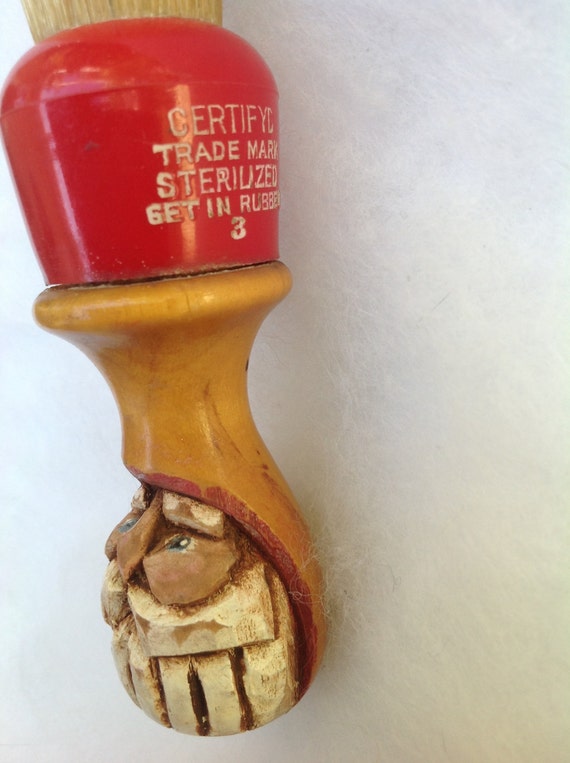 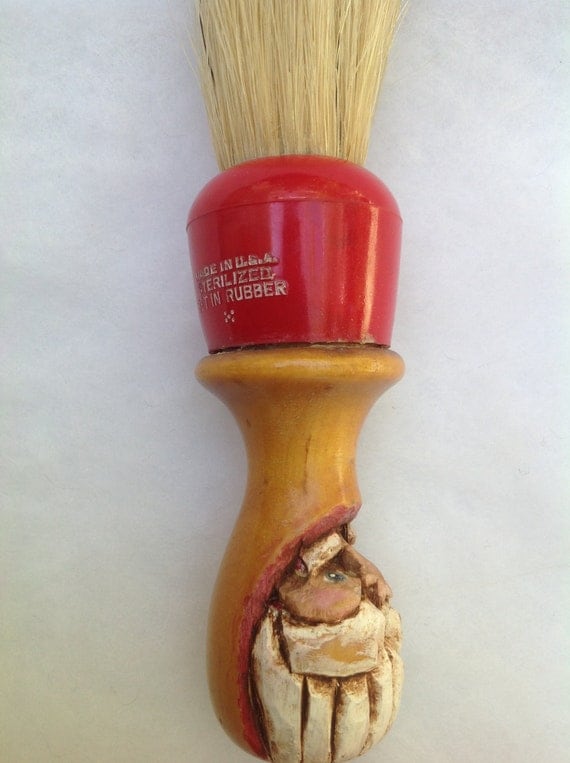 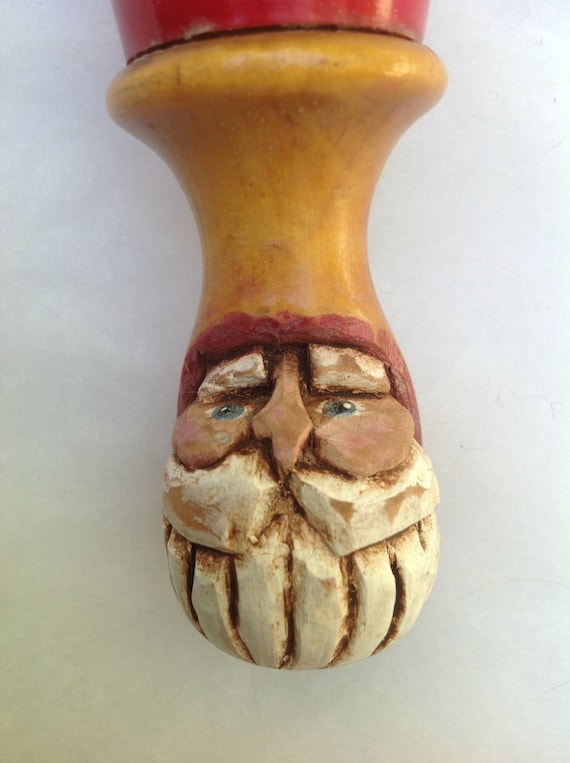 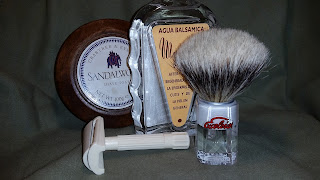 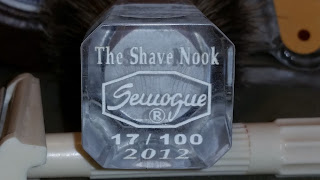 From time to time someone patents glass razor blades.. in 1985 James Haythornthwaite did one better and filed a patent for a whole razor made out of glass.

A razor is formed entirely of an inexpensive glass material. In one embodiment the razor is formed as a single piece of material which includes a handle portion, a blade portion and an arcuate intermediate portion interconnecting the handle and blade portions, with the blade portion being provided with a sharp cutting edge. In another embodiment the razor includes a handle and an essentially cylindrical blade received between clamping jaws at one end of the handle, with the blade being provided with opposed cutting edges.

The idea has some good points – simple construction, only one material in use, long lasting edge. On the less good side is the fact that it’s essentially a section of straight-edge – having no safety bar – so the risk of cuts and nicks would be rather higher than Joe Average might be prepared for.

The second version described – the cylindrical glass blade – has the benefits of not just a rudimentary guard, but also the more questionable benefit of being able to shave on the opposite direction without changing the grip. 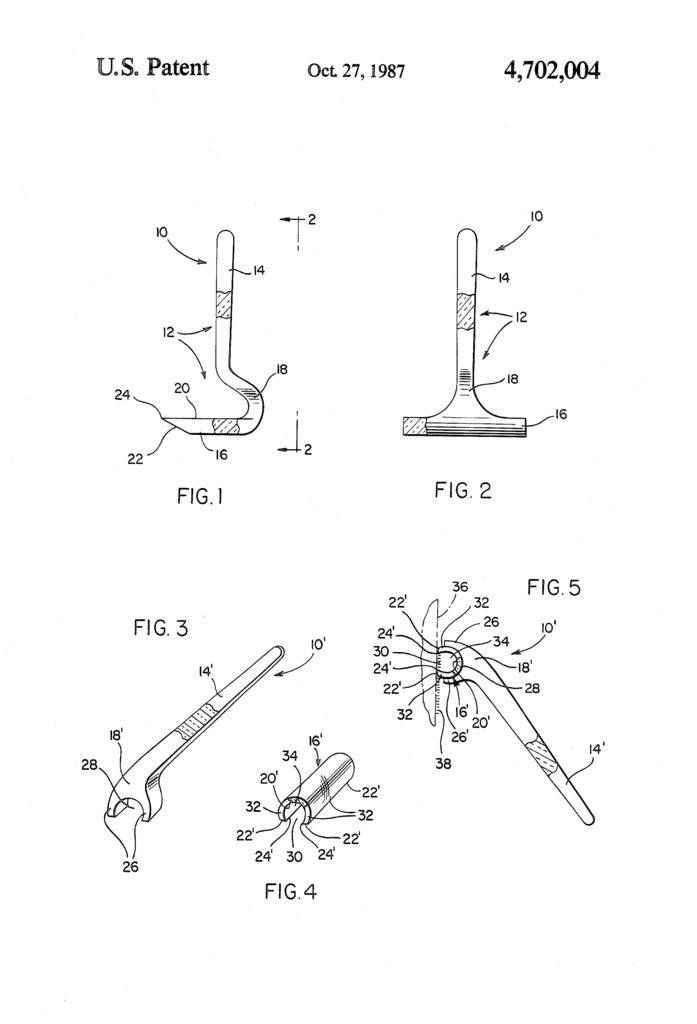 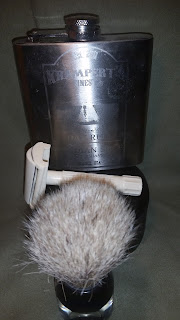