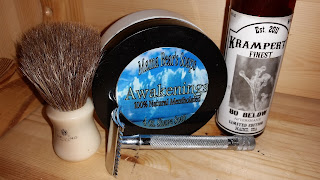 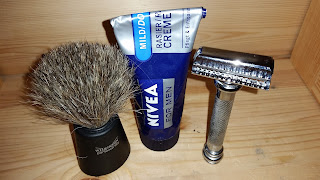 The barber paradox is a bit of mental gymnastic derived from Russel’s paradox, that shows that an apparently plausible scenario is allegedly logically impossible:

Suppose there is a town with just one barber, who is male. In this town, every man keeps himself clean-shaven, and he does so by doing exactly one of two things:

Also, “The barber is a man in town who shaves all those, and only those, men in town who do not shave themselves.”

Starting from this, one is supposed to ask the question “Who shaves the barber?”, which allegedly leads to the paradox…

In this day and age the solution ought to be simple though; the barber is logically a woman*. Simple as that!

*) At least in Norwegian that is – the term “a man” is often used (correctly or incorrectly) as a somewhat genter neutral way of saying “a person”. 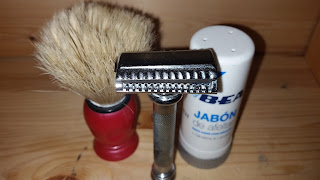 I’ve long had a fascination with lathes, and wood lathes in particular. It’s amazing how a lump of wood can turn into a bowl, a candlestick, a shaving brush handle…

Buying a lathe is not cheap, so instead of spending a small pile on cash on a hobby I’ve never really tried before I mocked up a prototype lathe with an old drill and some other odds and ends. Rasps works well when working with soft wood like pine, and after a bit of hit and miss I did manage to turn out a couple of test pieces. 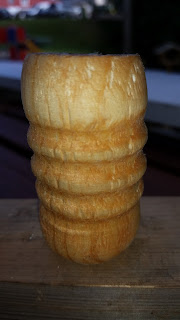 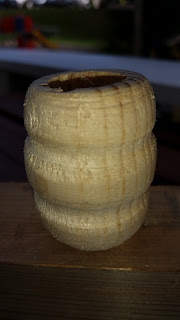 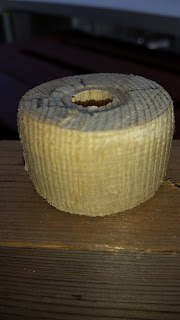 Yes, the two top ones are approximations of shaving brush handles. Obviously they are a long way away from anything usable – but I had fun making them and I can see myself taking up wood turning as a more permanent hobby. 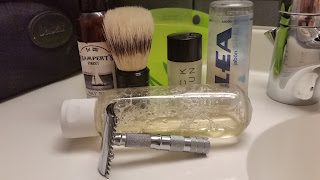 I found an interesting piece of journalism from last year while bouncing around the internet a little while ago, and wanted to share it. It is about the 34 billion(!) world of disposable razors, and the shenanigans the large and small players gets up to in order to get a larger piece of the cake.

A minor niggle: The journalist claims that the safety razor is “a prosaic piece of plastic designed to be thrown in the bin as soon as its short life is over.”. My selection of metal DE’s and SE’s beg to differ – a couple of them are centenarians by now. 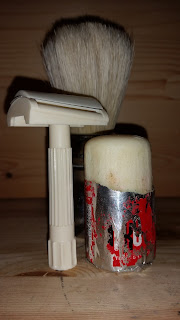