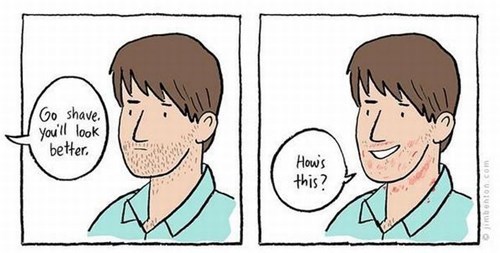 Arko, GzD and Derby shave stick are in my lather drawer, being similar and yet different.

Arko is a case of love it or loath it – most people arge that it works great, but the scent is what divide people. Described variously as a urinal puck or natural fresh, the scent do do away if you leave the stick unwrapped for a few weeks. Good cushion and glide, and since it’s a tallow stick it’s gentle on the skin too.

GzD is for those who want Arko performance but not the scent. A little softer means it’s easier to apply, and the glide and cushion is as good as the Arko and with tallow in the mix it too will look after your skin. The scent has been compared to laundry soap though, but it fades quickly once the stick is unboxed – the GzD did not come wrapped in foil.

Derby is yet another tallow stick, and the more costly of the trio. One sniff and you know where the extra coin goes – I’ve yet to hear anyone liken it to a urinal puck. It’s softer than the Arko but harder than the GzD, and like both the Derby creates ample lather with plenty of glide and cushion. A solid performer, even if not quite as good as the Arko in my eyes.

All can be had for less than two bucks a stick at my favourite Turkish Shaving Webshop – the Arko and Derby can also be had from many other quality online stores.