Is it just me, or is it something somewhat… off… about teaching little girls to shave adult men – even more so if the guy is refereed to as a “Plaid Stallion” and “all man”? The 70’s was a different time indeed… 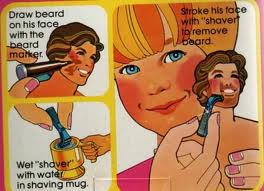 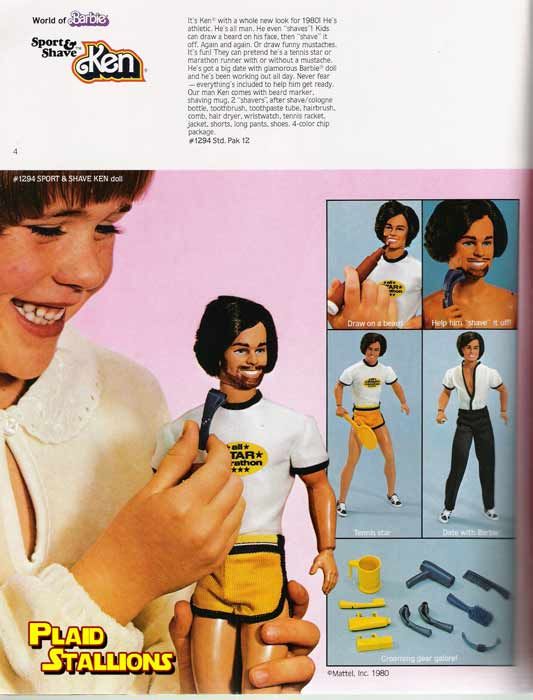 From time to time we’re hearing that the dedicated forum – be it for shaving, computers, woodworking, or any other hobby or interest you might care to mention – is dead, pushing up the daisies, kicked the bucket, shuffled off  its mortal coil, run down the curtain and joined the bleeding choir invisible. Killed by groups on Facebook and Reddit, if the reports are to be believed.

It’s easy to blame “social media” for the alleged decline in the activity on dedicated forums… except that a forum is also a social media, so finger pointing in that direction don’t really work. Onion in my belt, get of my lawn etc… I can recall when Yahoo Groups was the hot place to hang out, so that kind of dates me when it comes to social media and online interactions.

Facebook, Reddit and the like have both lowered the bar and (over)filled peoples time and attention – but the fact that the dedicated shave forums are still here speaks volumes; they offer not just an interest based camaraderie but also a deep well of knowledge that’s hard to beat. In addition each board have a certain, how to put, feel to it as a venue… there is no doubt in my mind that people interact differently on places like Facebook and Reddit than they do on a traditional forum, and there is big differences between the various forums as well. To me at least it’s more participation on a forum than on what most people think about when they say “social media” – to me the later seems to be more about telling people what you do, rather than about listening to what they do.

But ignoring all that; the traditional shaving forums is still a community of friends first and foremost, and while people come and go it’s always great to have a friend come back to the forums.

So welcome back to the forums if you havn’t hung out there for a while – and if you haven’t hung out at all perhaps you should come over and see what they offer that Facebook and Reddit does not. 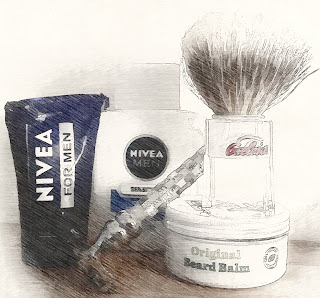 As I’m sure a lot of you in the wetshaving community are aware of by now Italian Barber have put on the marked a stainless steel razor – called the Mamba – that retails for a hair under 50$… a move that have made some people on the forums question the price point of other stainless razors as well as implying that other manufacturers and vendors are pushing prices up to increase their profit.

To me the last bit sounded like what grass turns into after passing through a bovine… I’ve been privileged enough to be allowed to “peek past the curtain” as it where in my chats with people who have designed, crafted and made razors, and none of them strikes me as people who push prices up for the hell of it – price is always been driven by costs, and the cost of machining have always been on the top of their heads. So I decided to look a bit more into the implied claims and what drives the price of machined razors.

I’ve spent an rather informative evening reading up on the costs of machining, which seems to be somewhat of an black art even to experienced machinists as far as I can tell. The major cost drivers are the programming and setting up of the machine, followed by the time it takes to change tools, and then the time to machine each piece. Actual cost of material is far down the list, even if the choice of material affects both the time to machine and how often one much replace tools.

Looking at the Mamba, it’s fairly obvious to me that it’s been designed to be easy to program into a CNC machine – lathe or mill – and require a minimum of actual machining thus cut down on the time to machine each piece as well as making the tools last longer between each change.

Take for instance the handle. It’s made in two pieces, meaning that the handle and the end cap can be turned from a round bar only fractionally larger than the finished product. The handle is made of just
one cove cut, nine straight cuts, two drilled and tapped holes. The end cap is also a fairly simple shape, requiring some knurling, a 45° cut, a straight cut and cutting some screw threads.The result is a handle that is as cheap as you can make them, even if it looks boring and pedestrian to me – arguable a subjective opinion, and your mileage may vary on that.

Same with the baseplate – straight lines and simple curves for the most part. Notice the counter boring around the blade alignment pins; this allows for a much quicker and thus cheaper machining operations of said pins than if the curved surface would have come all the way up to the pins.

In my quick and dirty analysis it’s only the top plate that strikes me as being slightly tricky to program and machine, and that is only because of the screw-post – where one can see the same style counter boring as we noticed on the base plate. The rest of the top plate again features simple straight lines and curves.

The choice of material for the Mamba – 316L alloy as opposed to something like 17-4, in other words a softer stainless austenite steel and not an inherently harder stainless martensite steel – might also be driven by the fact that 316L is easier to machine and wears less on the tools. The trade off is off course that scratch resistance will be lower, and on the large open surfaces of this design any scratch will be noticeable.

To wrap up the manufacture all parts of the Mamba is machine finished – not that there is anything wrong with that – thus saving time and cost when compared to hand finishing and polishing.

So there you have it. As far as I can tell the Mamba is a razor designed from the outset to be as cheap as possible to machine in bulk – according to Italian Barber the initial production run was 1200 – and therefore it is looking like it was designed to be cheap to machine in bulk. It may or may not be a decent shaver, but it looks pretty pedestrian in my eyes next to more ornate and intricate stainless razors designs such as the Asylum Evolution, the Timeless, the Barbaros TR-2, the upcoming Paradigm, and any number of more expensive stainless steel razors.

Please note that Jason, aka Boonie21, have a similar analysis of the Mamba’s price point in a post over at my favourite wetshaving forum – but his analysis have the benefit of drawing directly from his own experience of designing a razor.

So sidetrack for a second; there is a reason why a Mercedes-Benz A-Class costs more than a Geo Metro. They are both cars, they will both get you from A to B, but the later is designed and built to be cheap and the end user will notice the difference in build quality and driving experience. In the same way a fifty dollar stainless steel razor will look like a fifty dollar razor, without any of the luxuries – read design intricacies – of a more expensive razors.

But when all is said and done the existence of a 50$ razor in 316L does NOT mean that every other stainless steel razor is overpriced. It means that someone managed to simplify the machining of a razor enough to make a 50$ razor possible.

Total sidenote for those curious about how as 50$ stainless steel razor shaves; all reports so far states it’s mild – to the point of some being listed on the B/S/T after one or two shaves. 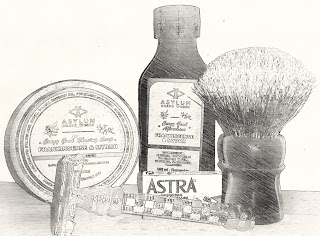 Note: I’m trying out the Shave Buddy app for posting a draft directly to my blog, hence the change in layout. 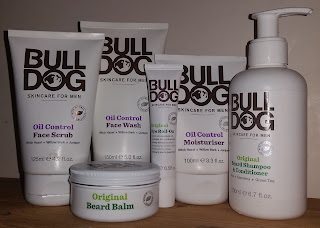 A local chain have started carrying this brand, and so far I’m quite satisfied with both the face cleaners, the moisturiser and the beard stuff. I’ll review each in more detail as I get around to it. 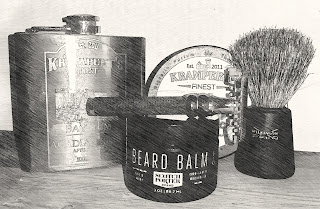