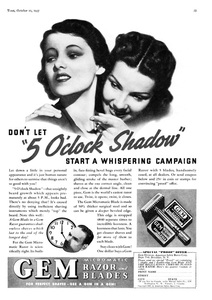 So I stumbled over this… and I’m equal parts intrigued and puzzled.

Long story short: Get one, unless you use very long razors.

The execution looks and feels top notch, the colour is a close match for my load bearing equipment (not a major concerns for most people), and I know the maker. What is not to like? 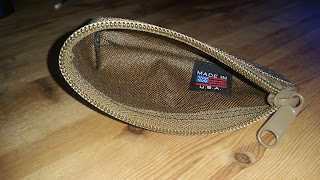 Empty – notice the sealed edges in the seam. 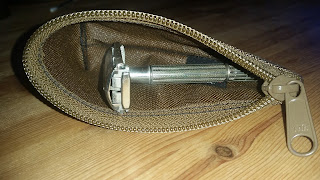 With a Gillette ’58 TV Special. 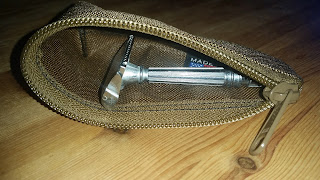 With a GEM Micromatic Clug Pruf. 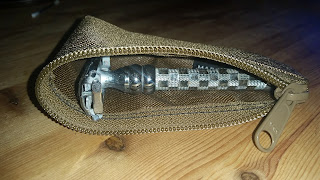 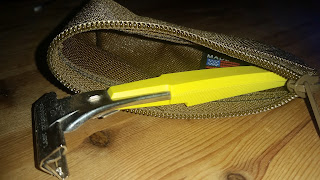 With a Schick “Lady Eversharp” Injector – my longest razor and the only one that didn’t fit. 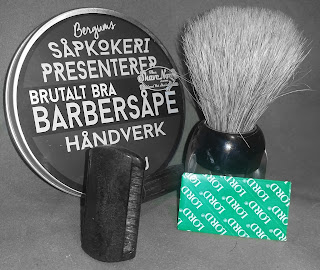 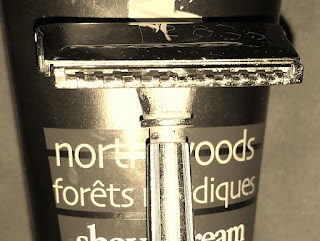 Be it known that I, MAGNUS H. JOHANSON, a subject of the King of Sweden, residing at Rochester, in the county of Monroe and State of New York, have invented new and useful improvements in Safety-Razors and Safety-Razor Blades. 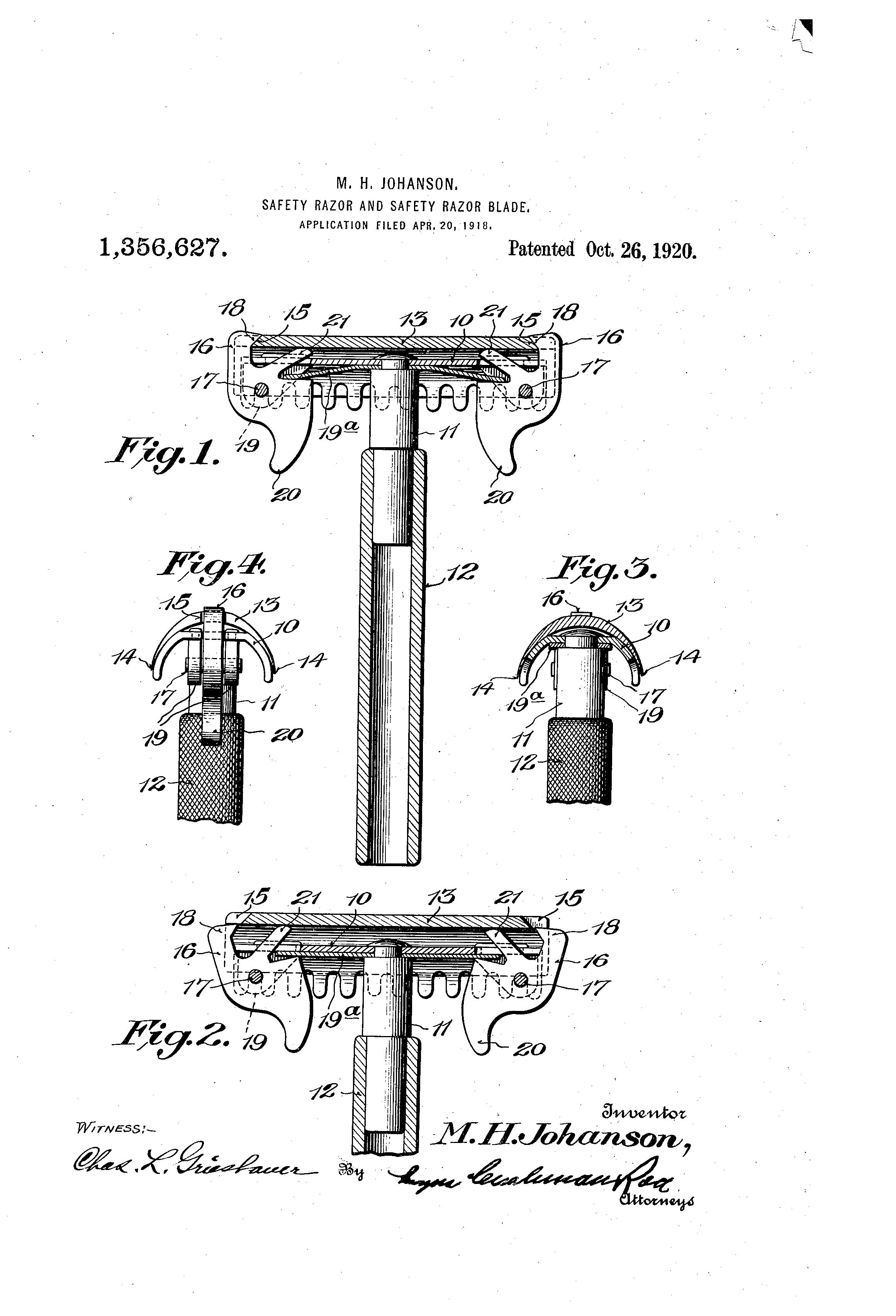 Okay.. so what did the Swede Magnus Johanson actually come up with back in 1918? Short version; a razor where the top cap is held in place by two spring-loaded latches – and said latches also work to lift the blade against the top cap when the razor is locked. From the somewhat unclear description it appears that, while the design in the drawing utilised a flat spring, Magnus saw the possibility of using the actual razor blade as the spring for the latches.

His improvement on the blade is less of an improvement and more of an added step (and cost) in production:

The blade 13 is of generally semi-circular contour, and rests snugly upon the support 10, as shown. lt’s inner surface is formed on the true arc of` a circle, and blade 13 is provided at each end with a notch 15, said notch being preferably disposed centrally.

Part of what made the Gillette successful is that the blade is cheap to make and can be spat out in huge numbers by simple machines, and this is mostly because of the shape. Adding a curve to a tempered blade is difficult, and tempering after curving would require some pretty specialised equipment.

That said, the patent it as far as I can see long expired, so if someone has a machine shop and plenty of spare time it should be possible to adapt the basic idea to regular, flat DE blades.

Note: Remember to press “Publish”, not just “Save” 🙁