As I was poking about the dusty corners of the interweb, I stumbled over an article over at The Art of Manliness that I had missed previously – “7 mistakes new wet shavers make”.

It’s noting earth shattering in the article, just mistakes we all have done at some point… but if you’re new to the art of traditional wetshaving it’s worth keeping them in mind. In short, the seven mistakes pointed out are:

Everyone makes mistakes when we’re starting out – but if you learn from them the reward is well worth it.

A quick, one pass shave before rushing out the door – still better than a cart for me though 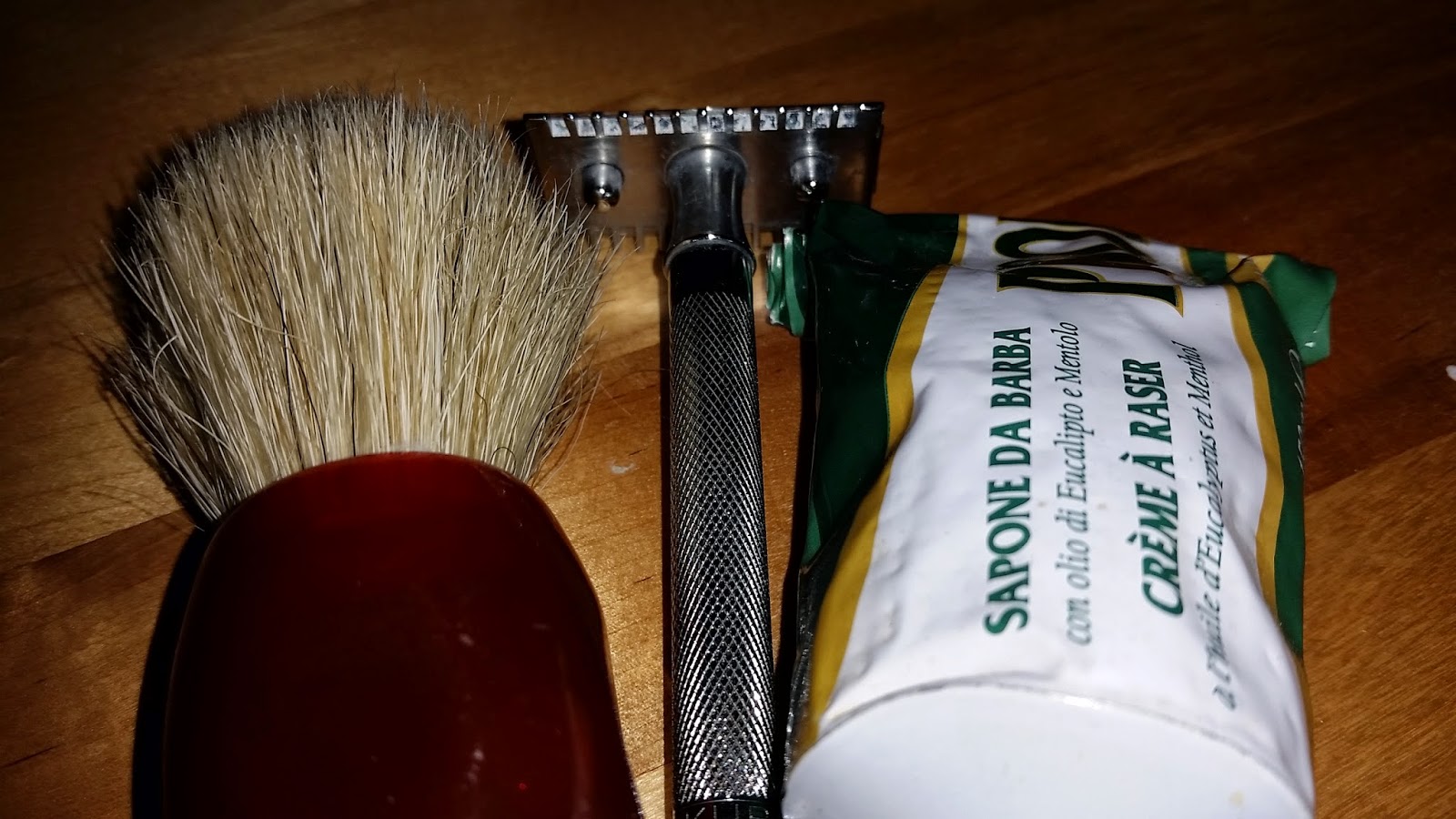 I find myself wanting a shavette – which is like a straight, but without the potential pitfalls of stropping.

I mean, what is the worst that could happen? All I have to do is to put the ambulance and blood bank on speed dial before I shave… 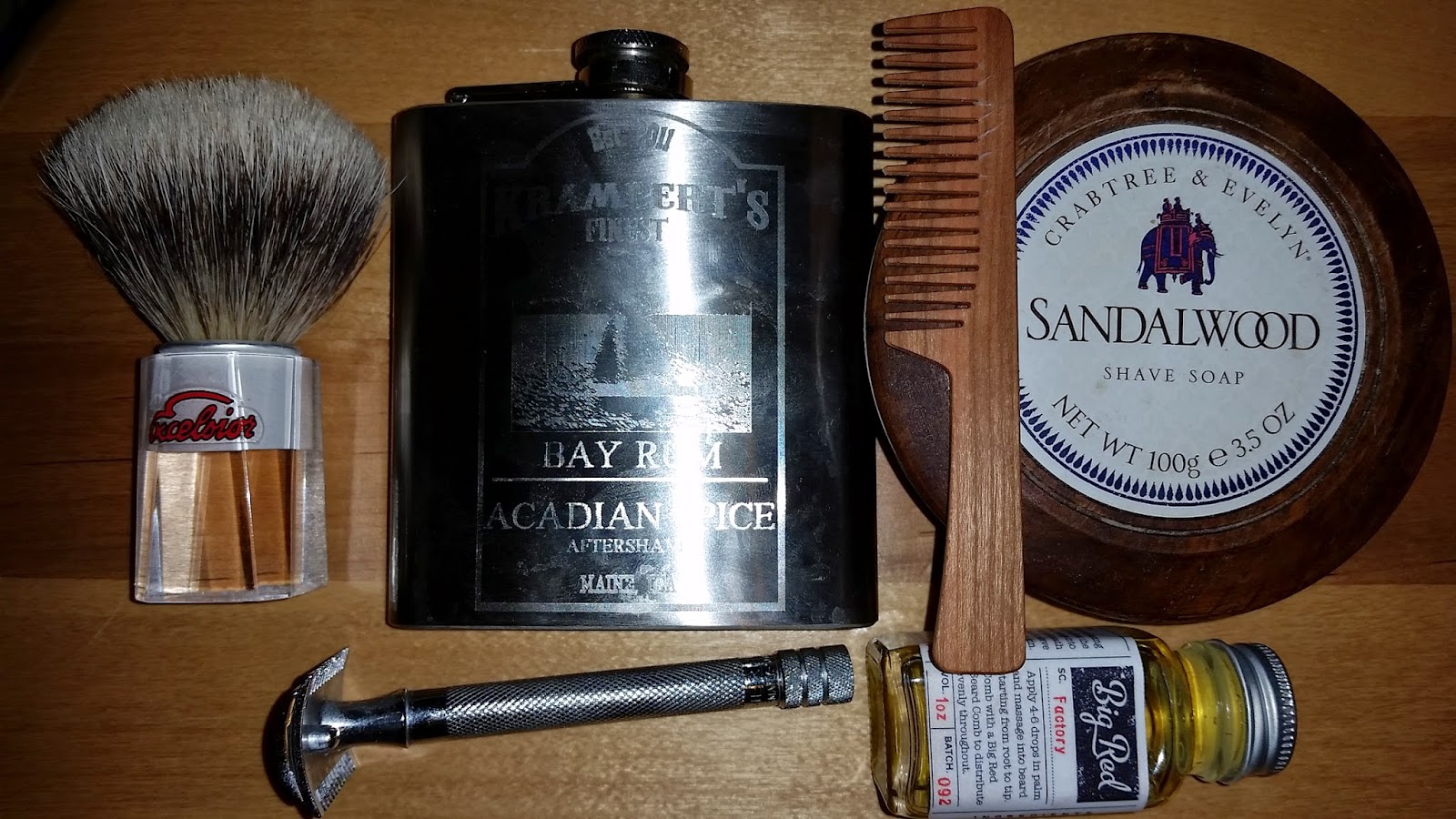 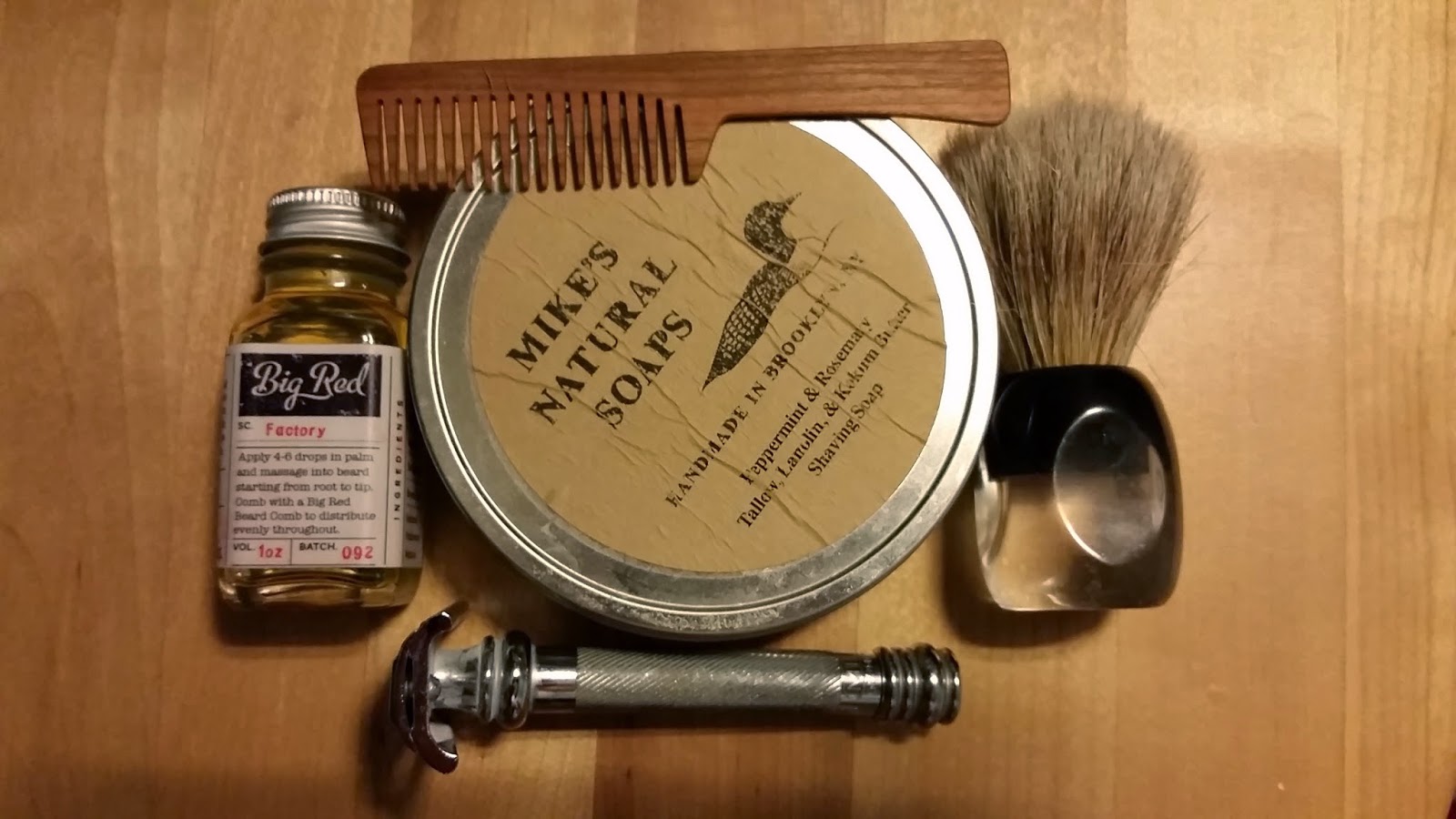 When the canned goo was the hot new stuff, people realised that unlike brush and soap – which you could use with a scuttle – the hot new stuff soon got cold… and cold lather can make for a miserable shave.

However Mr Henry Allen Wilson came up with a cunning solution, built into the very can of goo that the multinationals were pushing, without the clumsy contraptions that previous patents had relied on

To overcome all such methods and means as set forth above or other means of adding moisture and heat to the lather as it is dispensed from a container for use, I propose by the means herein disclosed and described to produce in a confined area properly heated and moistened lather from the ordinary and usual aerosol can or bottle, adequate moisture laden lather without adding to the expense or complexity of the ordinary aerosol dispensing container or to the lather-producing liquid within the dispensing container. 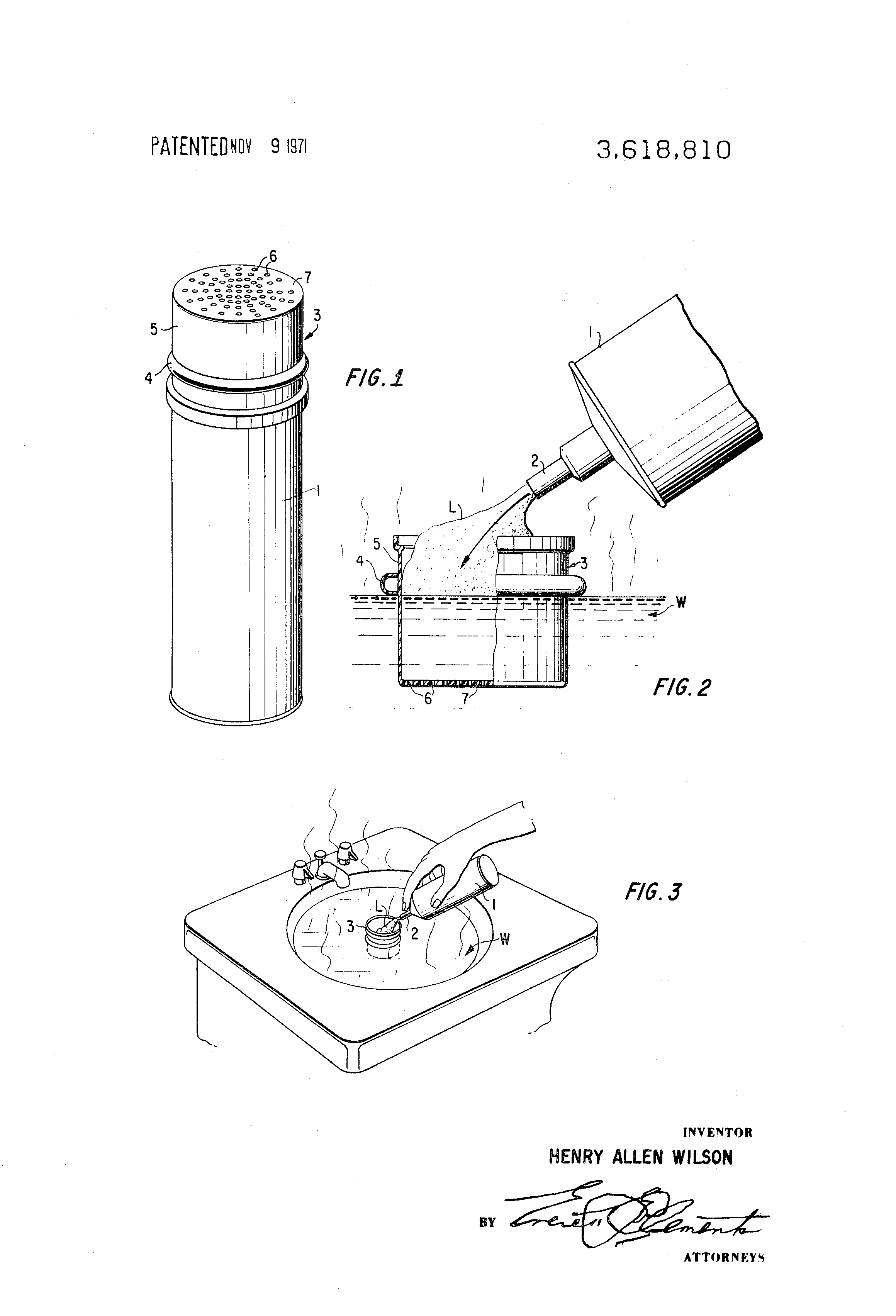 Or, as I see it, he floated the cap in the sink one day and realised that if he could keep it from capsizing, any goo added to the cap would indeed be heated up. Since plastic is less dense than water, stability can be achieved by adding water ballast to the cup without sacrificing floatation. Squirt some goo on top and it will indeed be heated (and dampened, which may or may not be a good thing). Or as Mr Wilson states it:

By reference to the sectional view in FIG. 2 it will also be seen that the body of lather L rests on the surface of the hot water within the cup by which it is constantly moistened and heated during use. It will be obvious that the quantity of moisture may be varied as desired by merely adding the hot water from the cup as the shaver successively dips into the lather and water as he applies same to his beard in normal preshave fashion.

I suspect the downfall of the patent lays in the last cited sentence – most “modern” shavers will simply squirt goo in their hand or face and rub it around, not “dip into” the lather. And thus they’ll have to deal with cold lather year round… poor fellows. 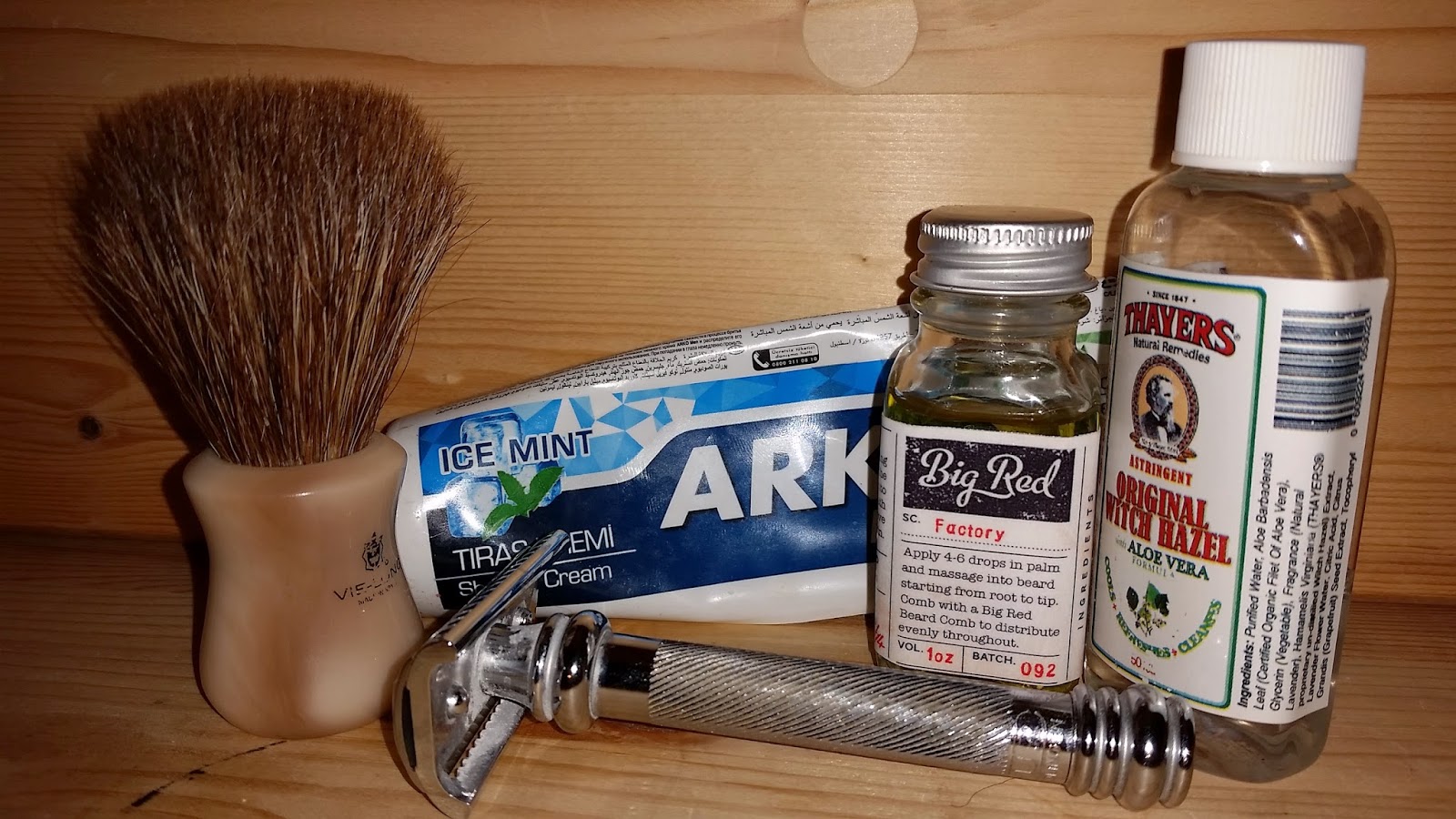 Okay… I think this officially can ble classified as a “What Is This, I Don’t Even”. For us westerners, Japanese pop-culture is weird enough to begin with… but this takes things one step beyond what I’ve seen so far. Still, he ought to have gotten a brush and lathered up on the way down… 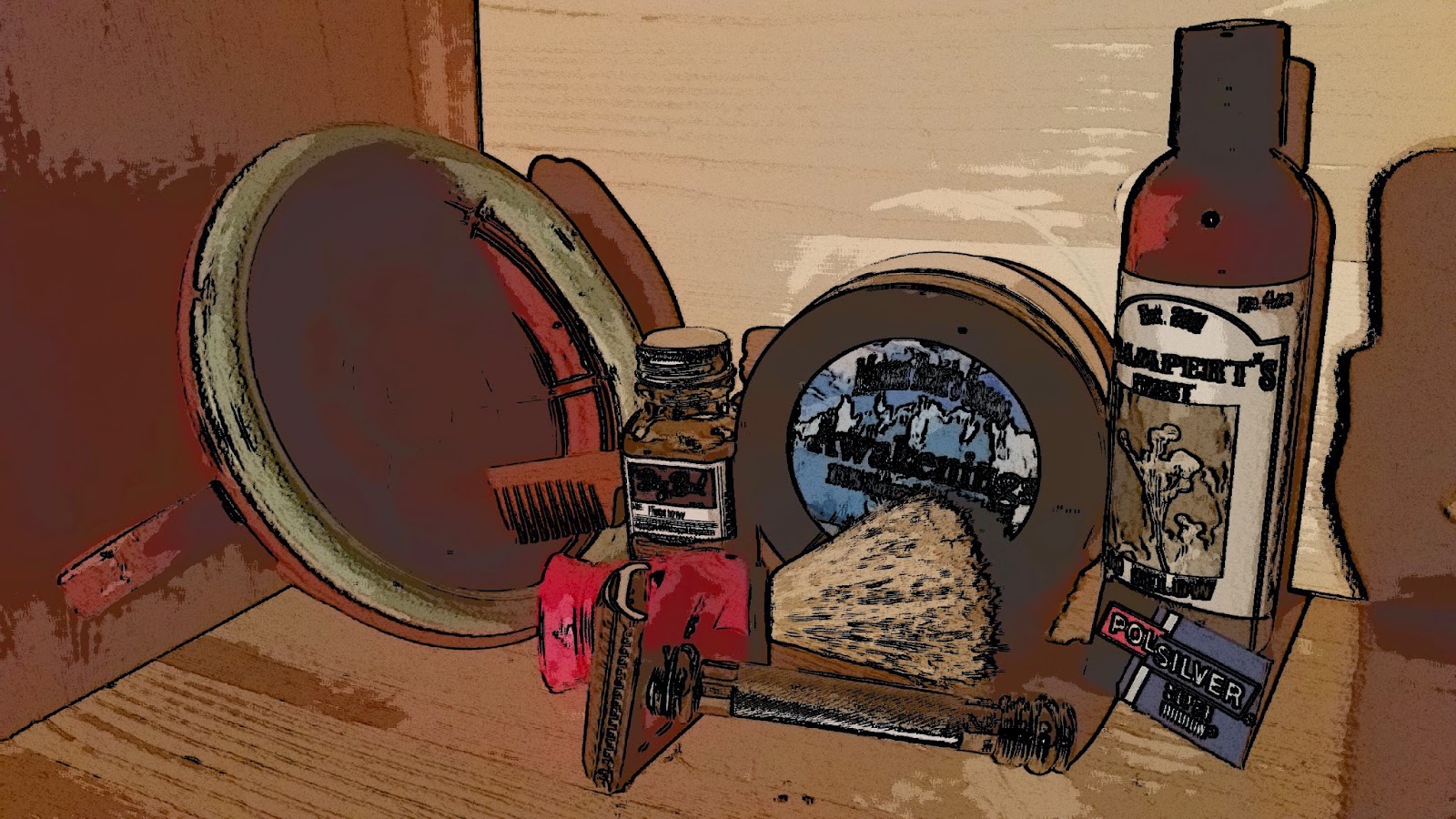 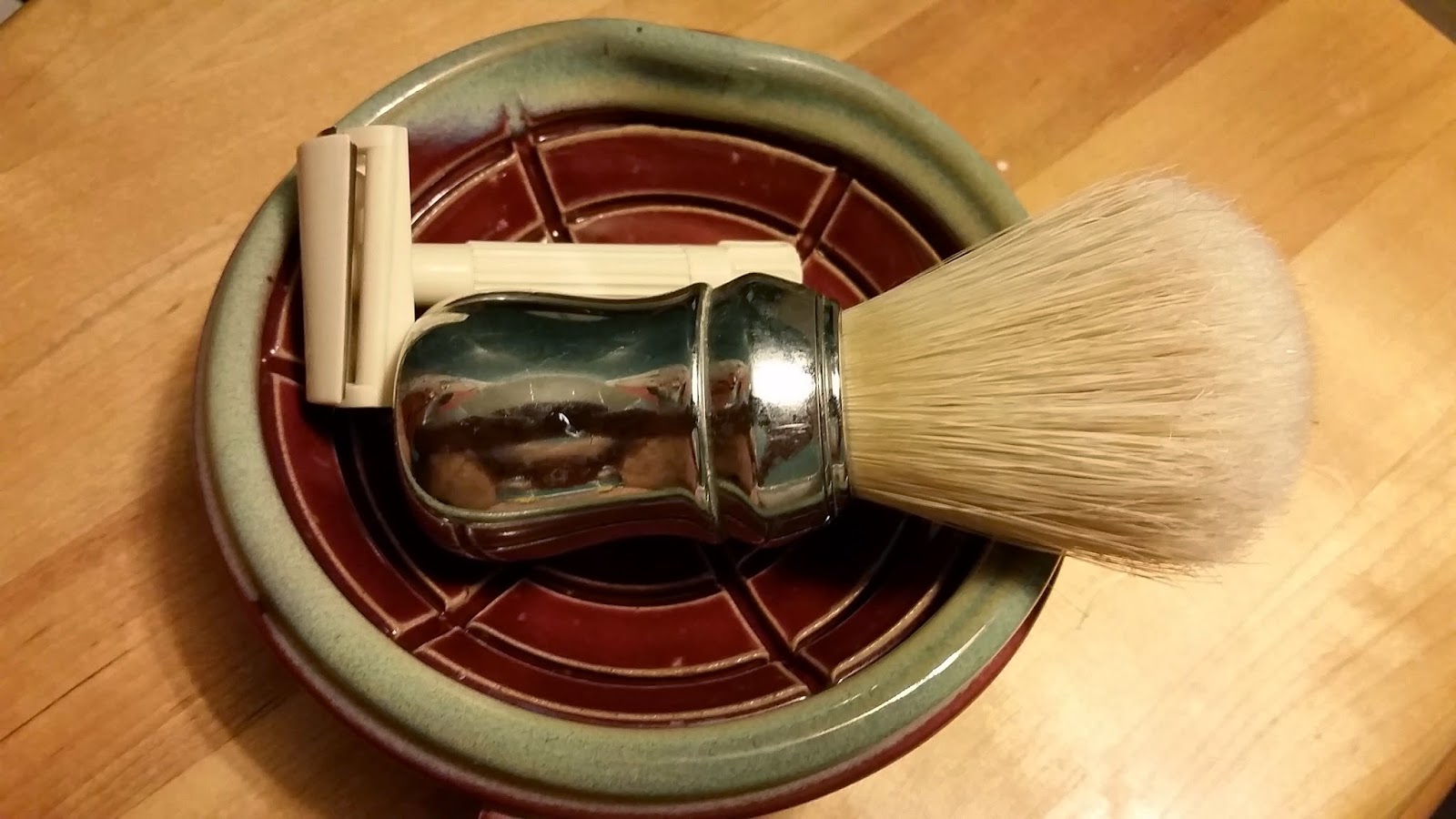