Ralph E Thompson have quite a few razor related patents to his name, most of them assigned to Gillette Company… and one of them caught my eye. As the patent text says:

I have discovered that the capacity of such a safety razor is increased, that it is adapted or certain special uses and that its shaving efficiency is improved by providing, a series It of spaced connecting devices formed in the holderwhich may be employed selectively in attaching the handle thereto.

Or in simpler words; a razor where you can move the handle back and forth. Ralph depicted a razor with two studs in his patent drawing; one in the centre where one would expect to find one, and one towards the end of the razor head. 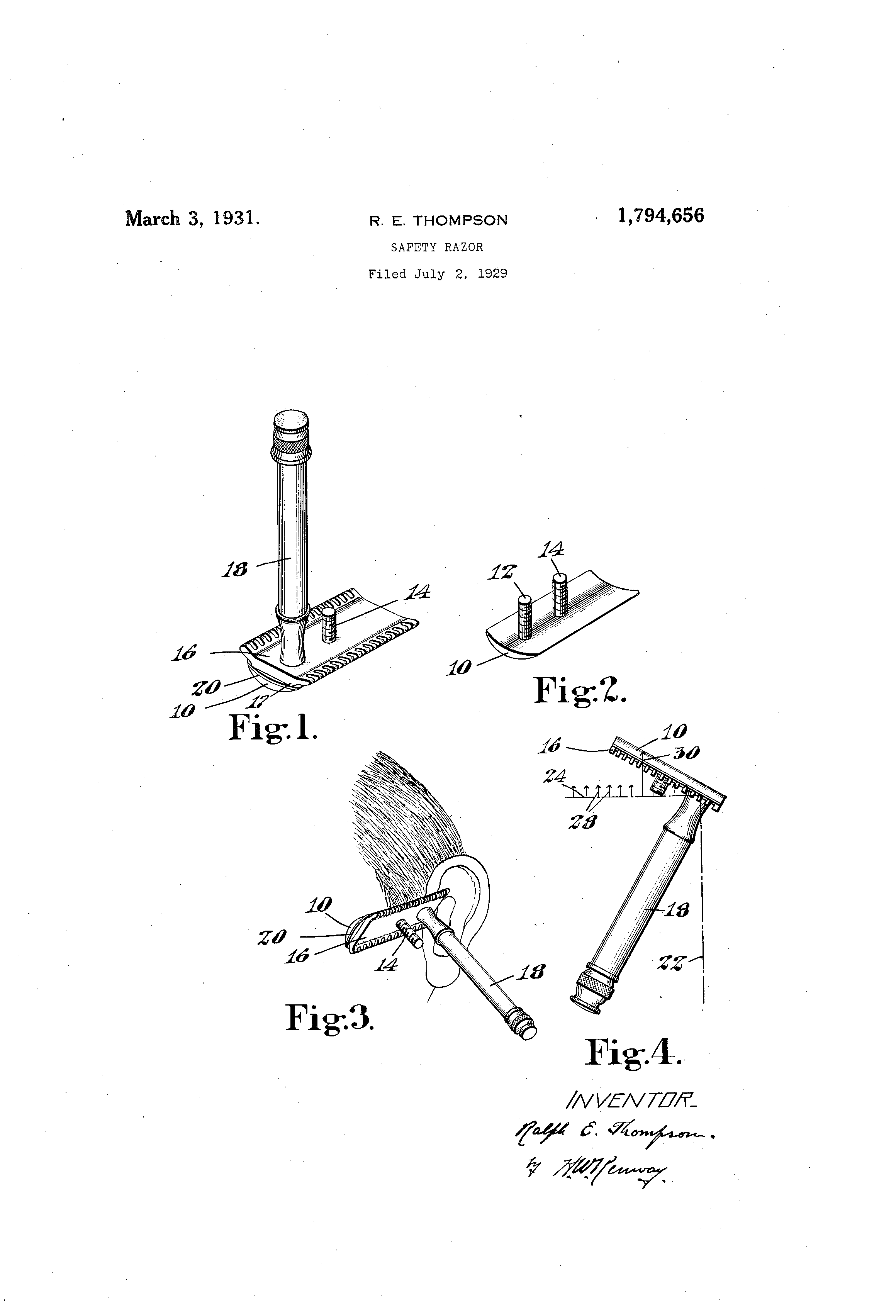 While I personally have no issues shaving near my ear as shown in the drawing, it is likely that the main idea was not to get a neater shave around your side burns but to more easily facilitate the “Gillette Slide” – a technique where you held the razor at about a 45° angle as you pulled it across your whiskers.
I can see a couple of issues with the design of Mr Thompson’s razor. One of the big ones is that if you move the handle to one end of the razor head, the clamping force at the far end of the blade is reduced, leading to potential blade chatter and uneven shaves.