I’ve mentioned Ralph E Thompson and his stack of razor patents (the majority of which is assigned to Gillette Co) before, and one of his earliest ones are for a peculiar blade design – suitable, he claims, for both safety razors and razors of the open-blade type.
The basic idea what that the blade should, in effect, be it’s own guard. In his own words:

…a razor blade having a safety edge, by which I mean an edge which is self-protected in such manner as to prevent it from cutting the skin without materially impairing its effectiveness for shaving.

And how was this to be achieved? Well, the drawing make it reasonable clear that the secret was how the blade was ground. 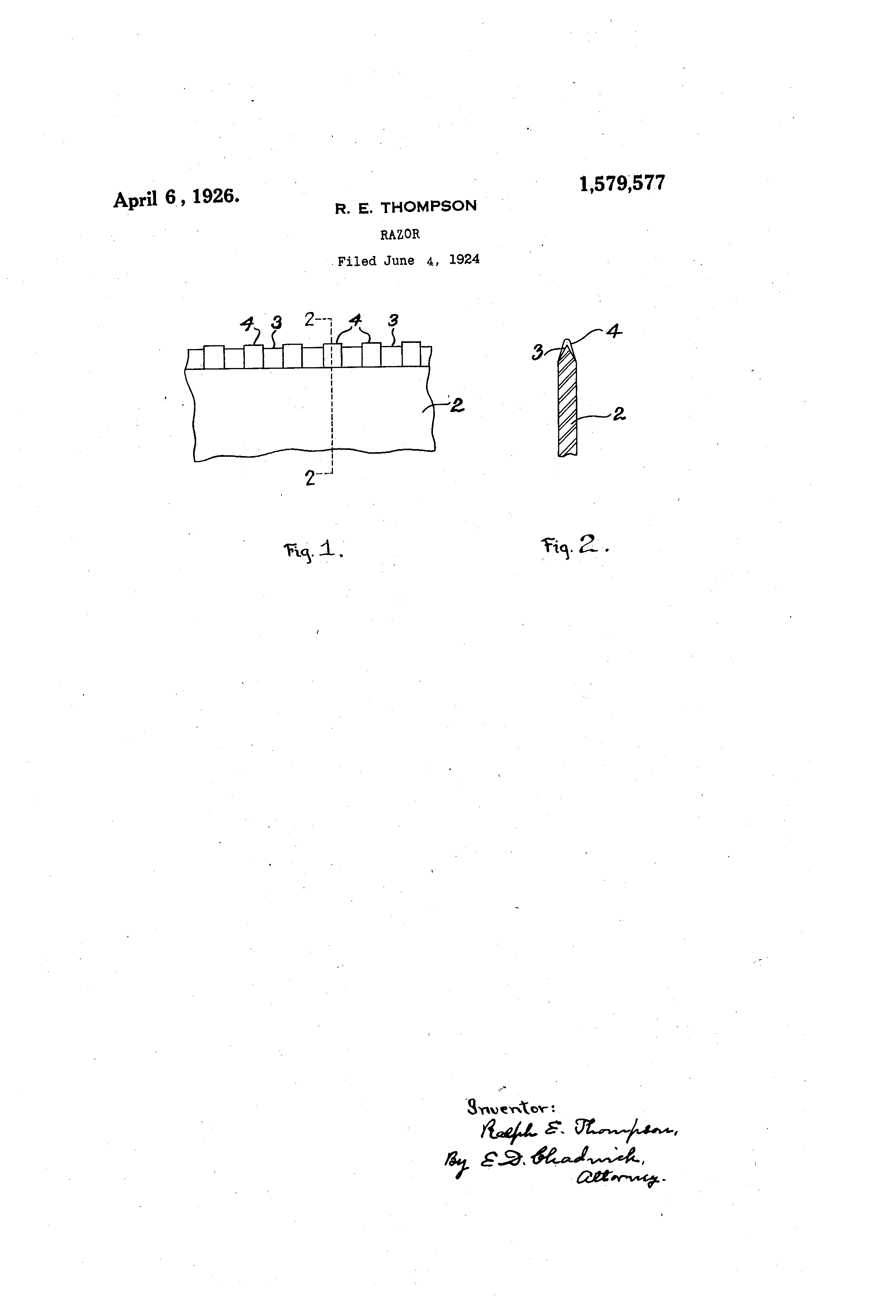 By having alternating sharp and blunt portion of the blade, the edge would act as a safety comb. Or, as Mr Thompson puts it:

A blade embodying my invention is characterized by having its shaving edge provided with a series of alternating sharp an dull portions of limited extent, of which the dull portions are located near enough together to prevent the sharp portions from entering the skin of the user when the blade edge is which ting them to reach the beard in the act of shaving. I have found that in spite of the presence of the dull portions a clean and comfortable shave can be readily obtained…

In addition to being safer for shaving, such a blade should be – according to Mr Thompson – be safer to handle outside of the razor as well.
While I can see several reasons why this blade never took of, there are two that stands out to me. Firstly, the machinery that ground and honed razor blades would have to be significantly redesigned, which would mean a significant investment. Secondly, say goodbye to a decent one-pass shave – this blade would by design miss roughly half the stubble.