One piece razors tends to be twist to open, these days almost always with silo doors. But one of the earliest ones went a different route; a ratcheted lever operating a cam to press the base plate towards the top cap.

Be it known that I, Clifford E Dunn, a citizen of the United States, residing in the city of New York, borough of Brooklyn, county of Kings, and State of New York, have invented certain new and useful Improvements in Safety-Razors…

Where the two previous early single piece razors we looked at worked by lowering the base plate, Mr Dunn’s idea revolved around a top cap that came away from the rest of the razor on two long arms. Mr Dunn solved the challenge of securing the top cap to the rest of the razor with a lever operated cam… and to secure the cam he used a ratchets along a curved surface. If that sounds complicated, have a look at the drawings: 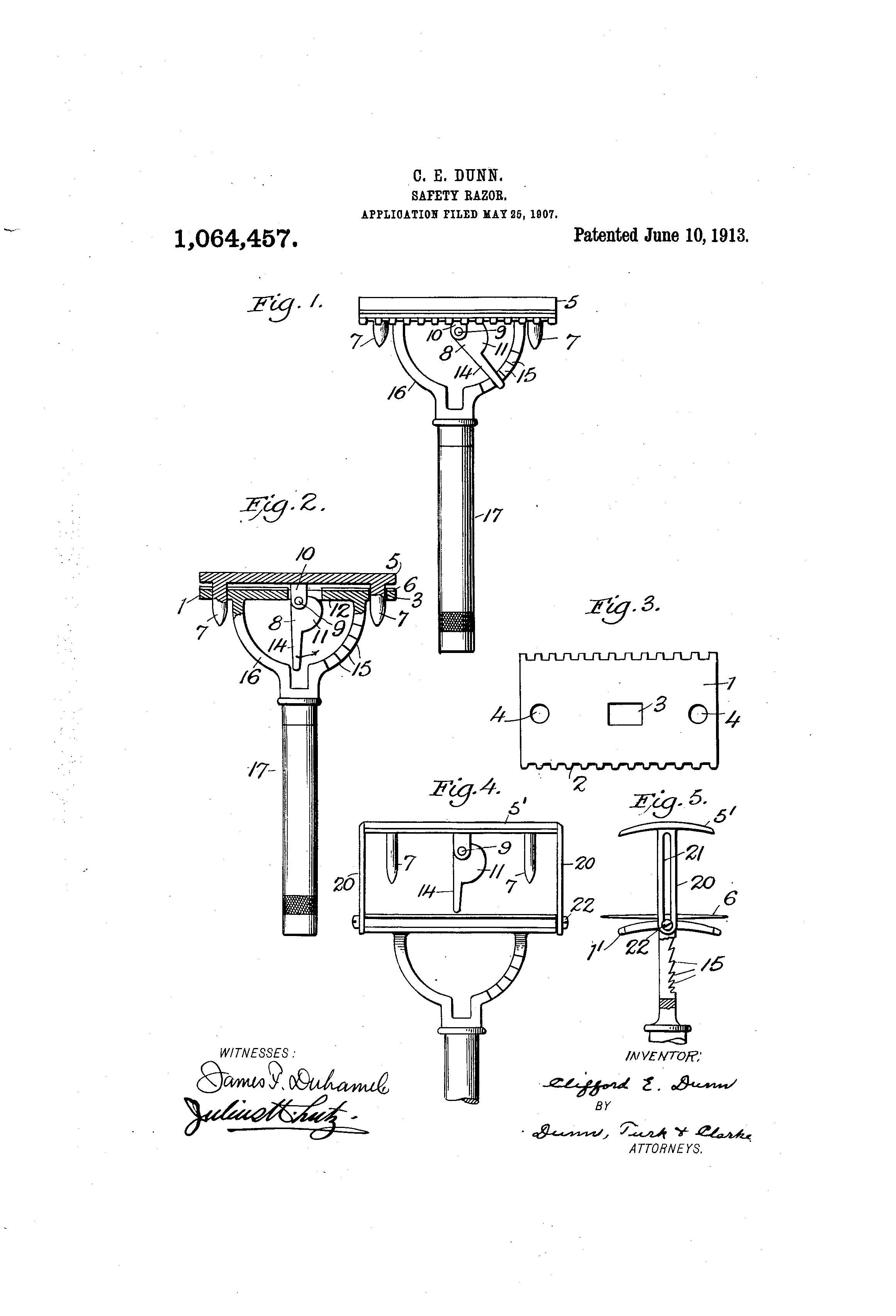 Quite simply, the cam and lever (8) goes down the centre hole of the blade – the modern slotted blade would be a better fit for this early razor – and when pushed up the cam will press against the underside of the base plate, holding the top cap down. The end of the lever moves along the curved ratcheted arm (15) and the teeth of the ratchet holds it in place. Simple, although not too elegant to my eyes… and unless the razor is manufactured from a hard metal the teeth in the ratchet will get blunted and rounded with use, and thus less suited to keep the lever tensioned.
Like the patent by Mr Edmonds, this one is also assigned to Gillette – and the text even states that it’s assigned to the Gillette Safety Razor Company. Probably never manufactured though, which makes me wonder if Gillette bought this one simply to prevent a competing razor on the market.