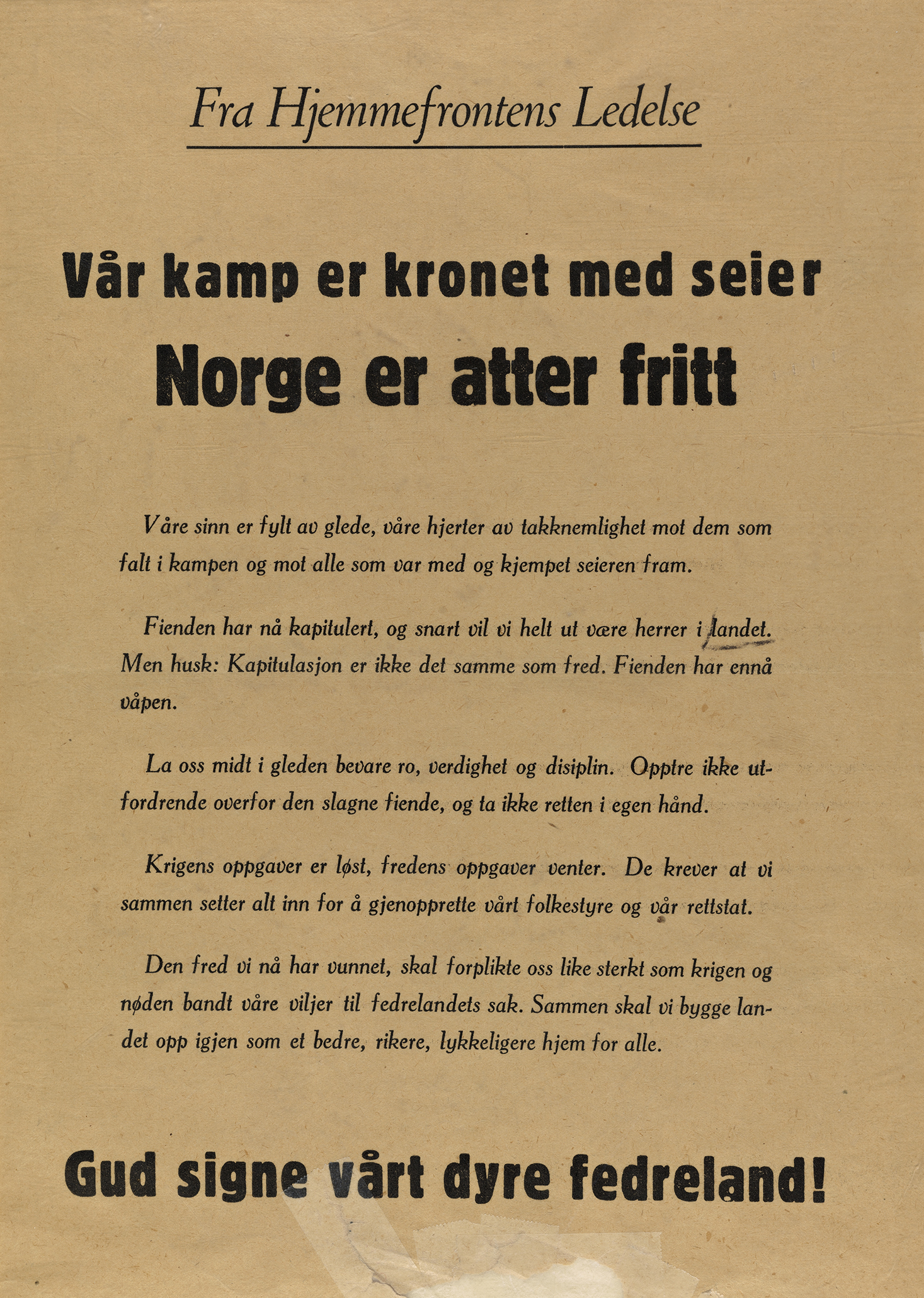 From the Home Front Leadership
Our fight is crowned with victory
Norway is again free
Our minds are filled with joy, our hearts of gratitude toward those who fell in battle and towards all who were struggling to win the victory.
The enemy has now surrendered, and soon we will again fully be in control of our country. But remember: Capitulation is not the same as peace. The enemy still has weapons.
Let us in the midst of celebration preserve peace, dignity and discipline. Do not provoke the beaten enemy, and do not take the law into your own hands.
The duties of war are completed, the duties of peace await. They demand that we put everything in place to restore our democracy and rule of law.
The peace we have now won shall commit us as strongly as the war and the necessity tied our will to the fatherland’s cause. Together we will rebuild the country as a better, happier home for everyone.
God bless our precious fatherland!

May 8th. Victory Europe Day, and the Norwegian Liberation day… when five years of occupation (more or less, depending on where in Norway you were) ended.

Some titbits from the liberation: 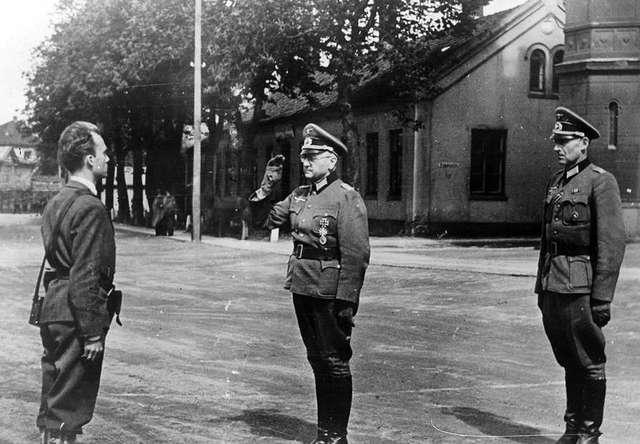 Major Josef Nichterlain (centre) and his aide-deecamp hauptmann Hammel (right) surrenders Akershus Fortess – the location of main German military head quarter in Oslo – to 2. Lt Terje Rollem (left) of the Norwegian Resistance in accordance with the German instrument of surrender. Legend has it that Nichterlain felt disrespected and insulted by having to surrender to low ranking officer who were not in uniform, and didn’t carry rank insignia.

*) To avoid breaking Swedish neutrality, the Swedes could not train Norwegian military personnel… however, they could train a “police reserve” to help preserve peace in Norway – and since there were “foreign elements” in Norway that might “resist the police”, such a police force must be trained and equipped with the necessary equipment; i.e.: infantry small arms, anti-tank artillery, anti-aircraft artillery, mines, radios, etc… Had the war continued, there would even have been a unit of “police paratroopers” fully trained.