…more like fiddling and breaking a well working, near perfect design I say – Keep It Simple Stupid and all that. 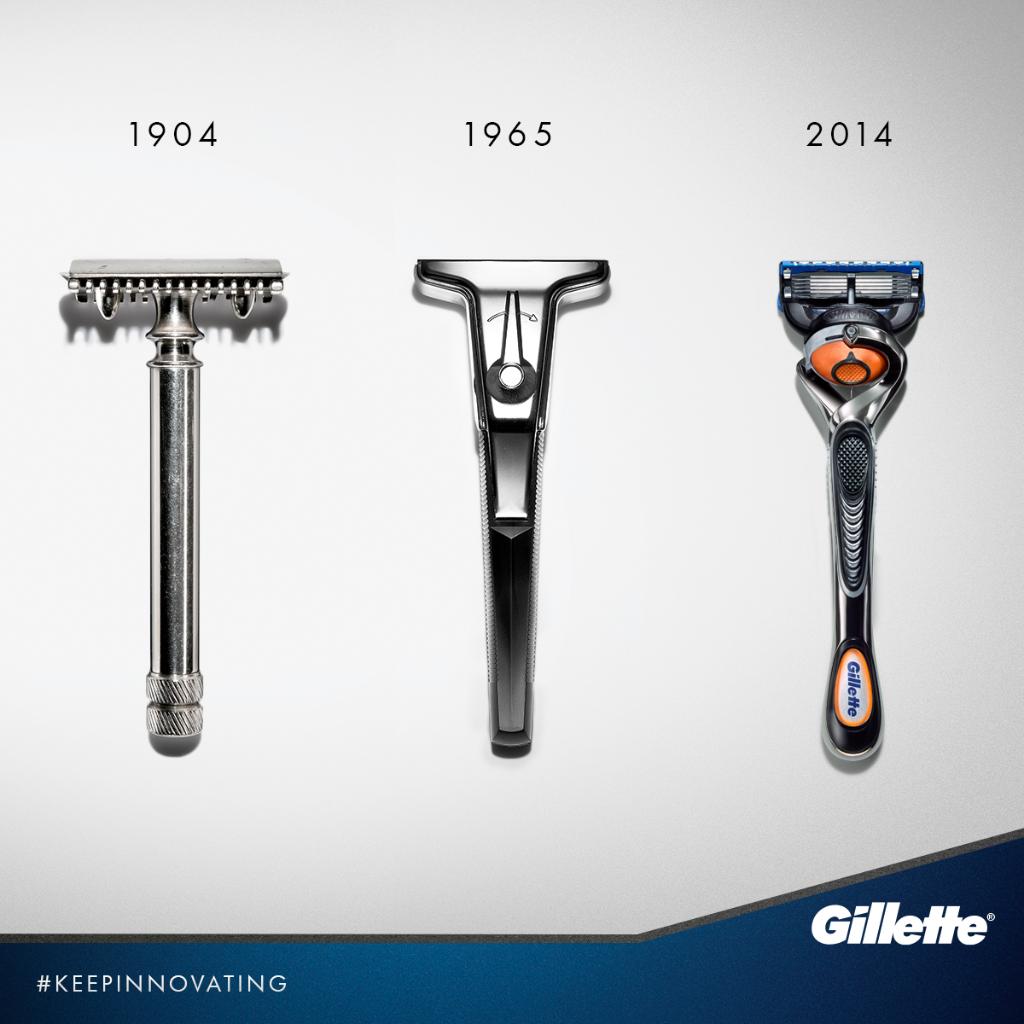 The 1904; Considered one of the highlights of early safety razors, originals still usable, still shaving great, spawned an untold number of copies, a myriad of different blades available.
The 1965 Techmatic; Considered one of the worst razors ever, can’t get replacement blades today, only lasting claim to fame is that it went to space.
The 2014 FlexBall; Apparently modern man has lost the ability to move his wrist, single source of (expensive) blades, moving parts will wear out, requires a battery, no significant improvement on other carts.