A seemingly bright idea that I stumbled over as I was clicking through the Mechanix Illustrated archives; the Rally Dry Shaver was a lawn mower for your five o’clock shadow. It folded up to sit in your pocket, and worked by simply running it over your face. 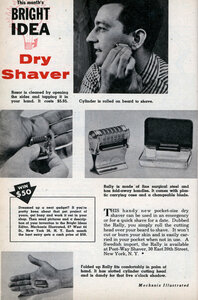 According to the advertisements, the Rally was the easiest, most painless, easiest to use shaver ever invented. Reality was probably less rosy. 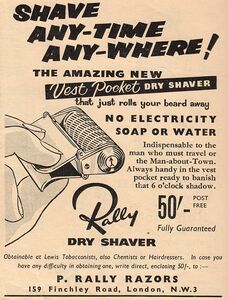 A quick search via Google shows that quite a few of these are still around, and looking to be in good shape too. That alone makes me think they were less useful than the advertisements claimed – if the Rally had worked properly, they would have seen a lot more use. 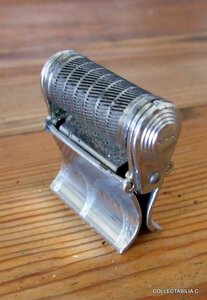 All in all an interesting, but pointless, gizmo.