Sounds like a contradiction in terms, but today I learned that GEM introduced a single edged blade in 1948 – although some sources states that it was sold during WW2 – that had two edges. Be basic idea was that you could flip it over once one edge was dull, in effect giving you two blades in one. 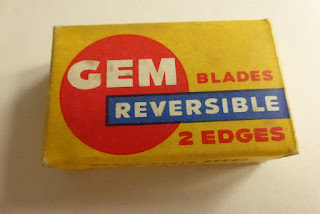 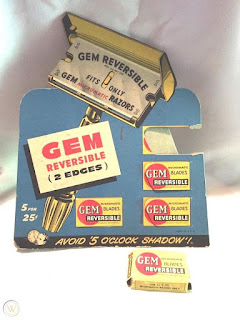 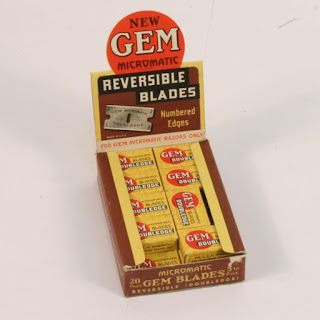 A little bit of searching on line has so far not revealed how they shaved, but the fact that they would only fit the Micromatics and we can’t get them no more seems to indicate that they wasn’t a run away success.