Ever since society started shaming women into shaving their armpits (around 1915 or thereabouts, as mentioned in a previous post), guys have invented razors for just that use. This is one of the earliest I’ve found, applied for in December 1917 by Mr Oswald T Fleury.
As he states in the patent text:

The practice of removing hairs from the axilla is, at the present time, becoming more predominant and,.in order to accomplish this purpose, he ordinary safety razor is sometimes ’employed but has been found more or less unsatisfactory owing to the fact that access ca mot readily be obtained to the curvature o the arm pit to remove the hairs therefrom with the straight edge blades commonly used.

If you’re not steady in anatomical latin, axilla simply means armpit.
The invention itself isn’t too complicated; a semicircular single edge safety razor with a curvature shaped to fit the armpit – however it is interesting in that it has no top cap, but uses two tabs fitting in corresponding slots cut in the blade and bottom plate to hold the blade secure, and a cup or ring to hold two halves of the handle together. Hopefully that is clearer from the drawing than from the text. 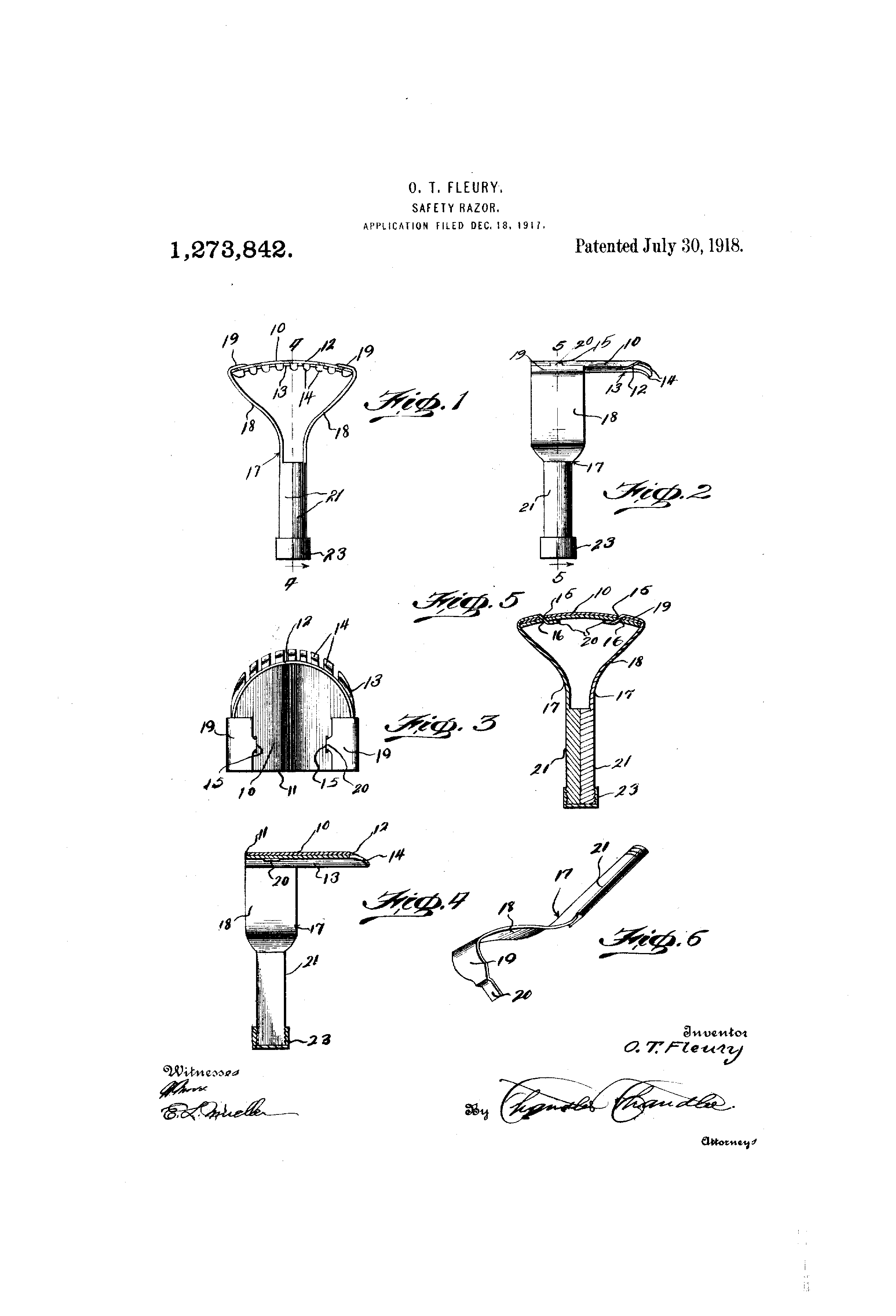 A quick look online finds no indication that this patent ever turned into a marketable product, but there have been a veritable flood of specialised razors for armpits since… some successful, but most not so much.