As some of you might recall, I own a vintage khaki kit from the Great War – specifically from 1918 if the serial number on the razor is an indication.
I not just own it, but it is in active use. It lives in my GoBag, so whenever I am on the Go i shave with it… a hundred years and more is no age for a razor, and the single button webbing kit have held up remarkable well too.
Some time ago I was contacted by Ironbeard on twitter (@ SaveYourShave), and told that he was sending me a modern reproduction of the khaki set – he had seen my Shaves Of The Day with it and got interested enough to not only get his own but to make reproductions in modern materials as well. And yesterday there was a padded envelope in my mailbox…
So here it is, both by itself and next to it’s older brother: 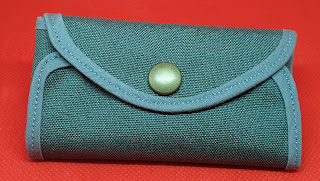 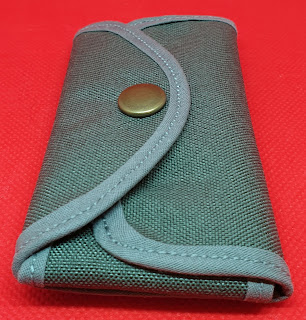 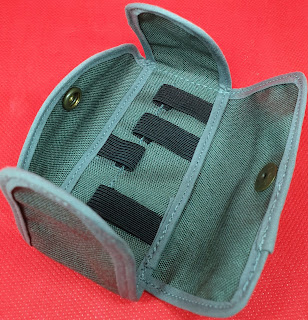 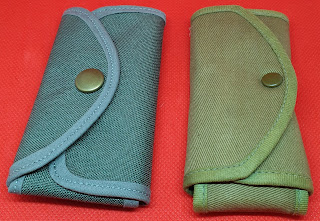 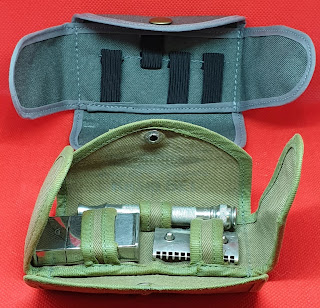 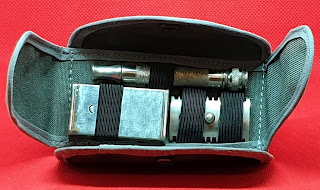 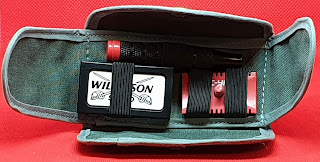 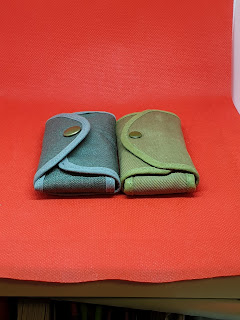 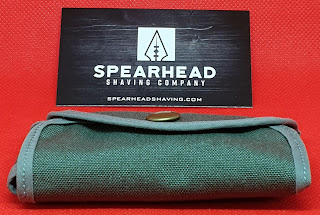 I had to try it both with the Gillette Old Type from my original khaki set, and a modern three piece razor from Yaqi (I don’t own many modern three piece razors… so I had to pick the one short handled one I own). The workmanship looks at least as sturdy as the original, the choice of elastic loops instead of fabric means handles and heads of varying sizes can be accommodated with easy.
As luck will have it I’ll be travelling a fair bit the next couple of weeks, so I’ll be able to give it a good test. Expect a review in the near future.