One of the reasons why the classic safety razor have seen a resurgence the later years is that you can get great blades for a fraction of the cost of a cart… but that was not always the case. As I’ve shown in previous posts*, when adjusted for inflation the blades used to be as costly as cartridges are today. With that in mind, the popularity of razor blade sharpeners** made a lot more sense… but it still required you to take the blade out of the razor. Wouldn’t it be easier if the blade could stay in the razor?

While not a new idea^, William R Ewing and Benton M Ewing filed a couple of interesting patents in 1948 and 1950 for a self-sharpening razor and improvements for it.

The two Ewings certainly aimed high with their invention, wanting to

The patent drawings shows a permanently attached single edge blade, and a sharpening element in the form of a roller. 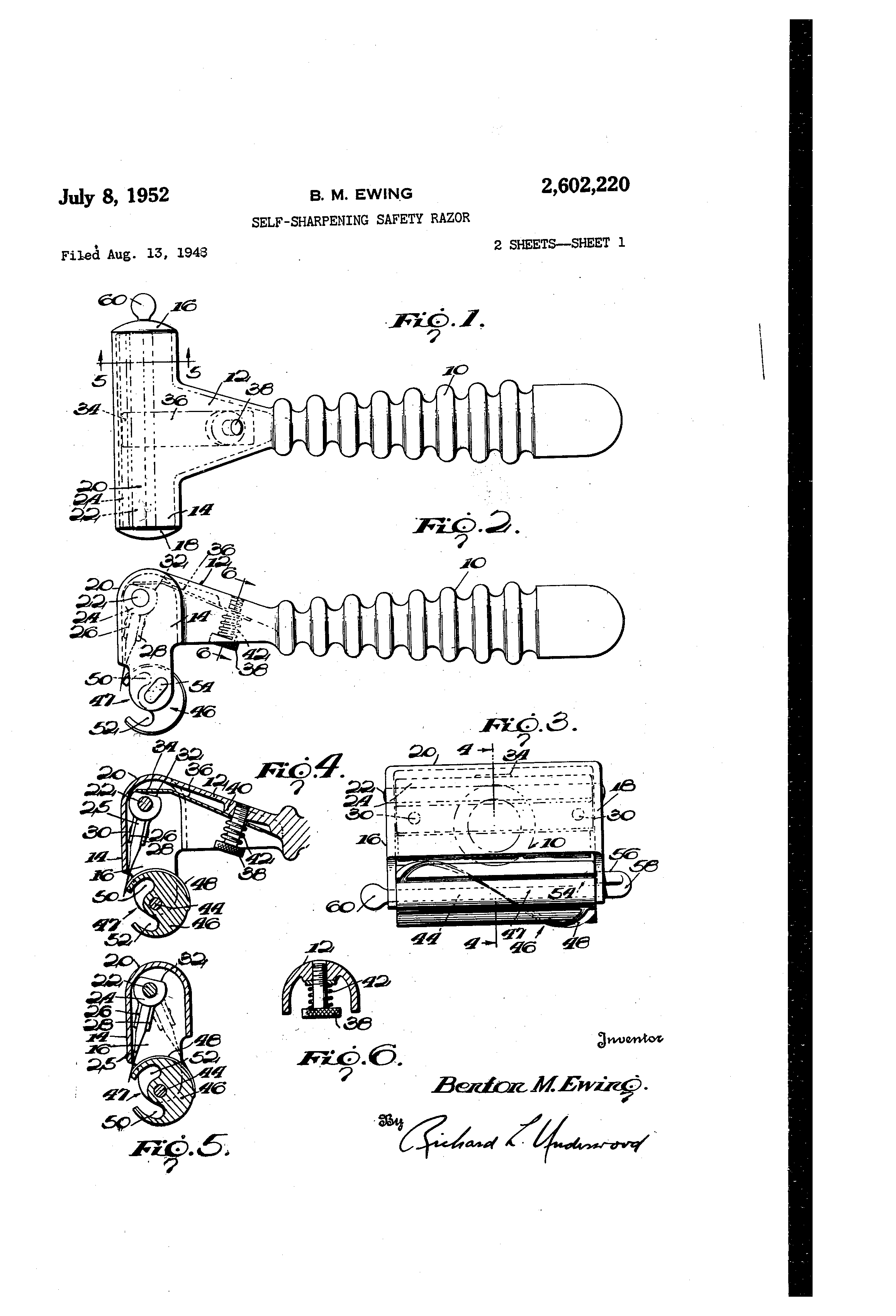 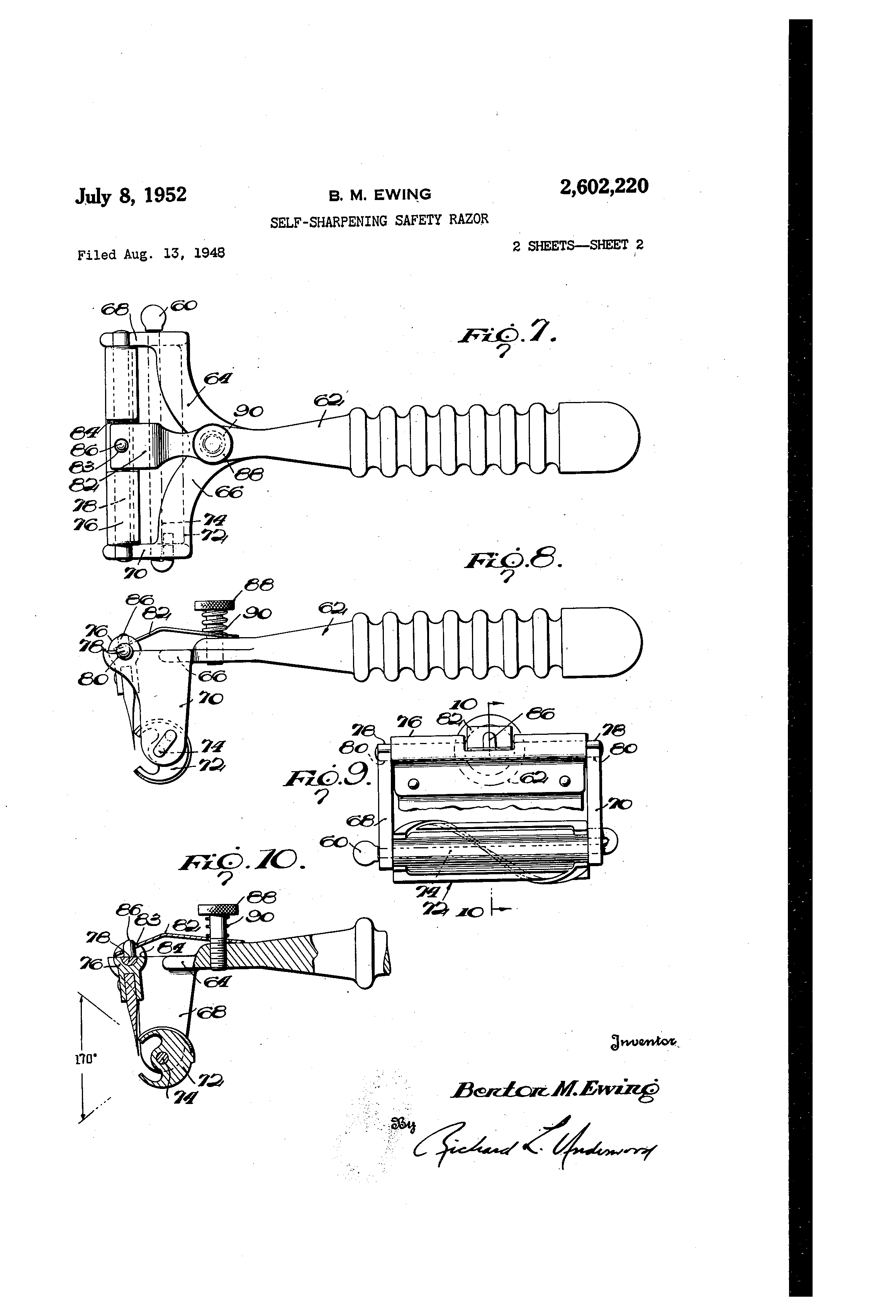 Two interesting things that stands out on the sharpening roller is that the actual grinder is a arranged in a spiral shape around most of the circumference, and that the roller is shaped to act as the safety bar when in the neutral position. A lot of effort went into making sure that the blade was pushed evenly against the grinder, as evidenced by the flat spring pressing on the swingable blade holder. And it seems like it was that spring that was the major improvement in their second patent. 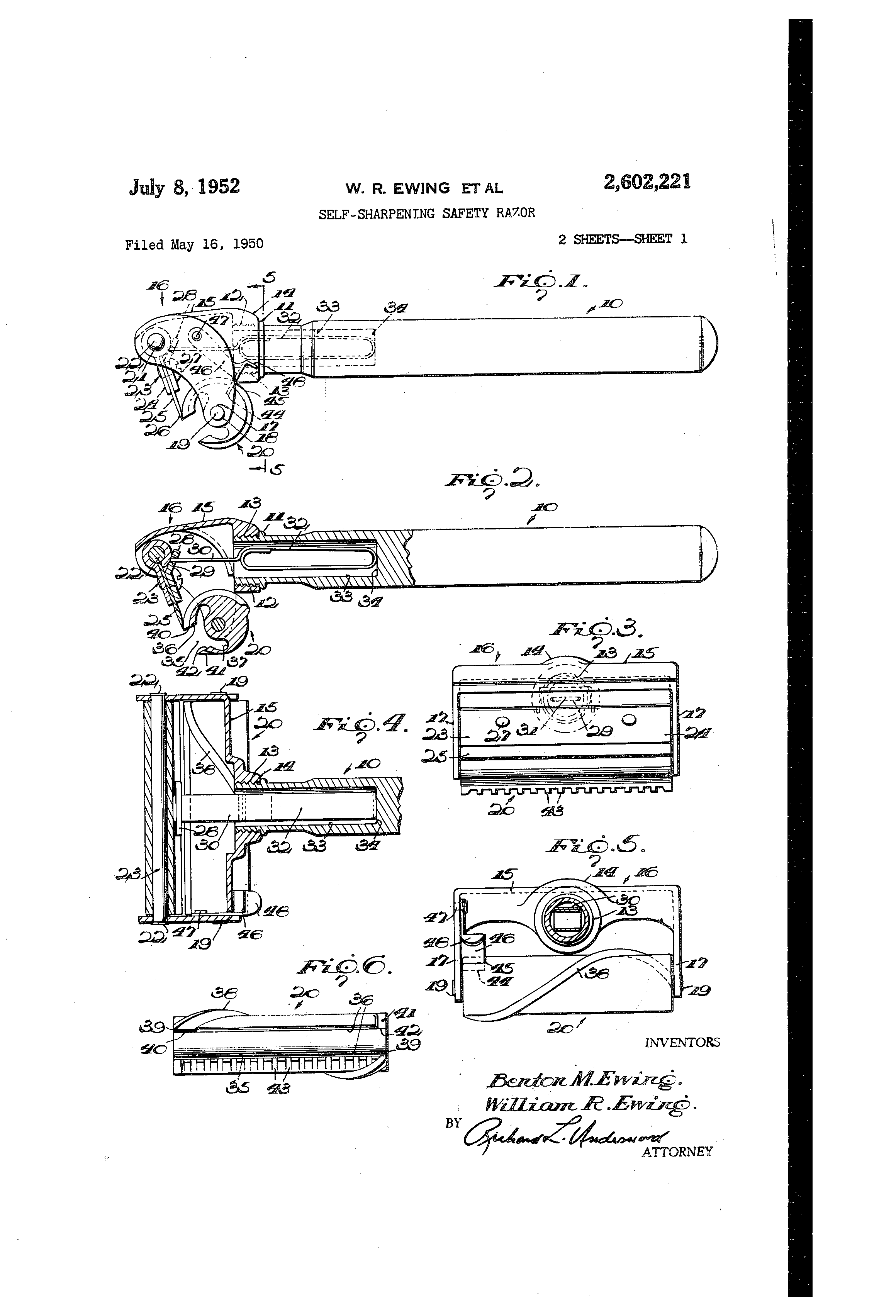 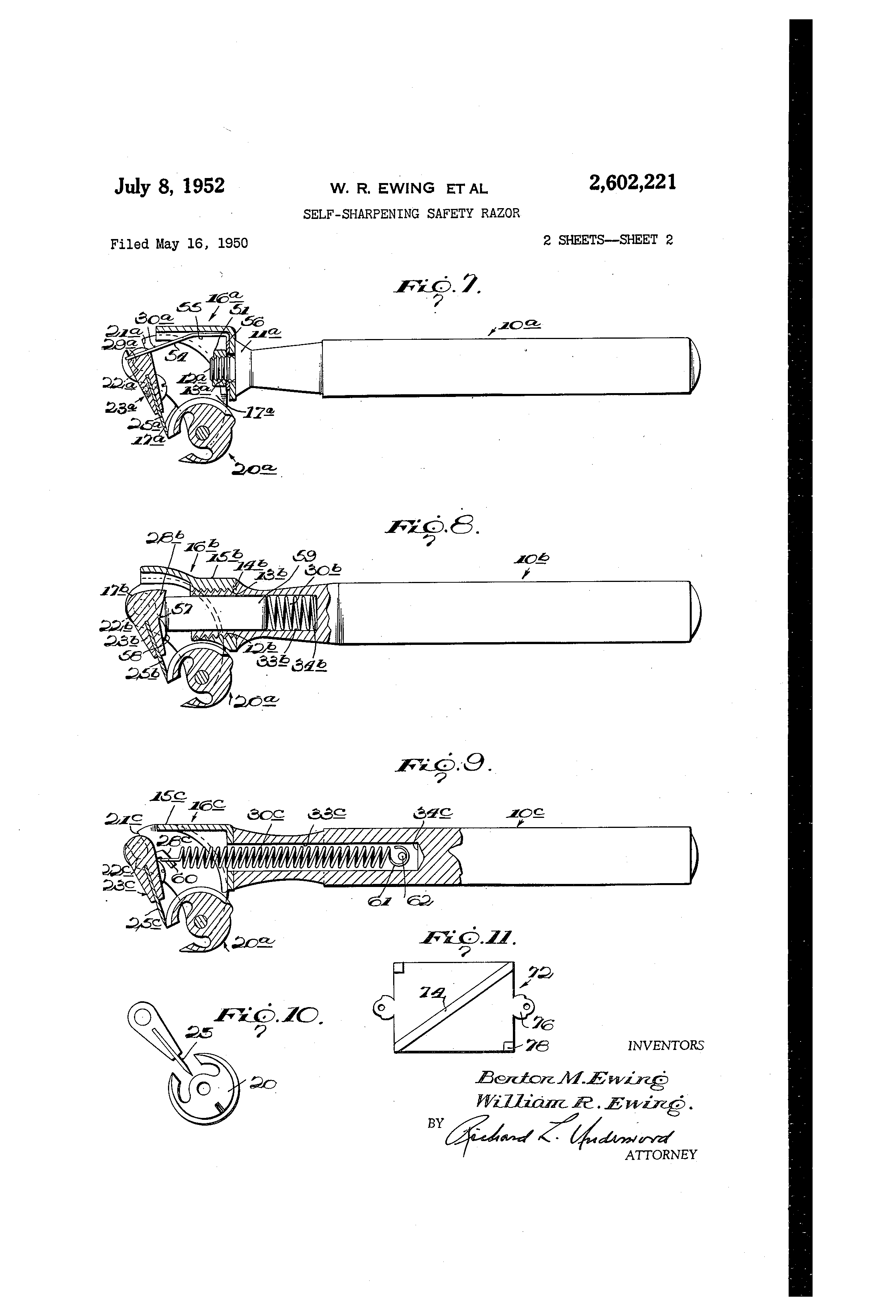 So after loosing the roller the shaver would push it along a flat surface, first one way and then the other, until the blade was sharp. Simple, easy, and fast… in one handy, complicated package.

Overall, the two patents shows a lot of ingenuity and effort going into perfecting a solution to a problem the shaver today simply don’t have… blades are so cheap these days we can change them daily if we want to.