Ever watched someone shave under their arms, or shaved your own armpits? Did it ever strike you that using a straight blade isn’t the best suited for shaving a concave surface? You’re not the first… back in 1931 Joseph J Schermack filed a patent where he pointed out that an

…ordinary safety razor has a straight cutting edge and therefore is not adapted for shaving a concave contour, as it would be apt to cut or scratch the flesh.

The guy had a point, even if his invention seems to have failed in the marketplace – although it failed, I believe, due to other reasons than being misconceived. 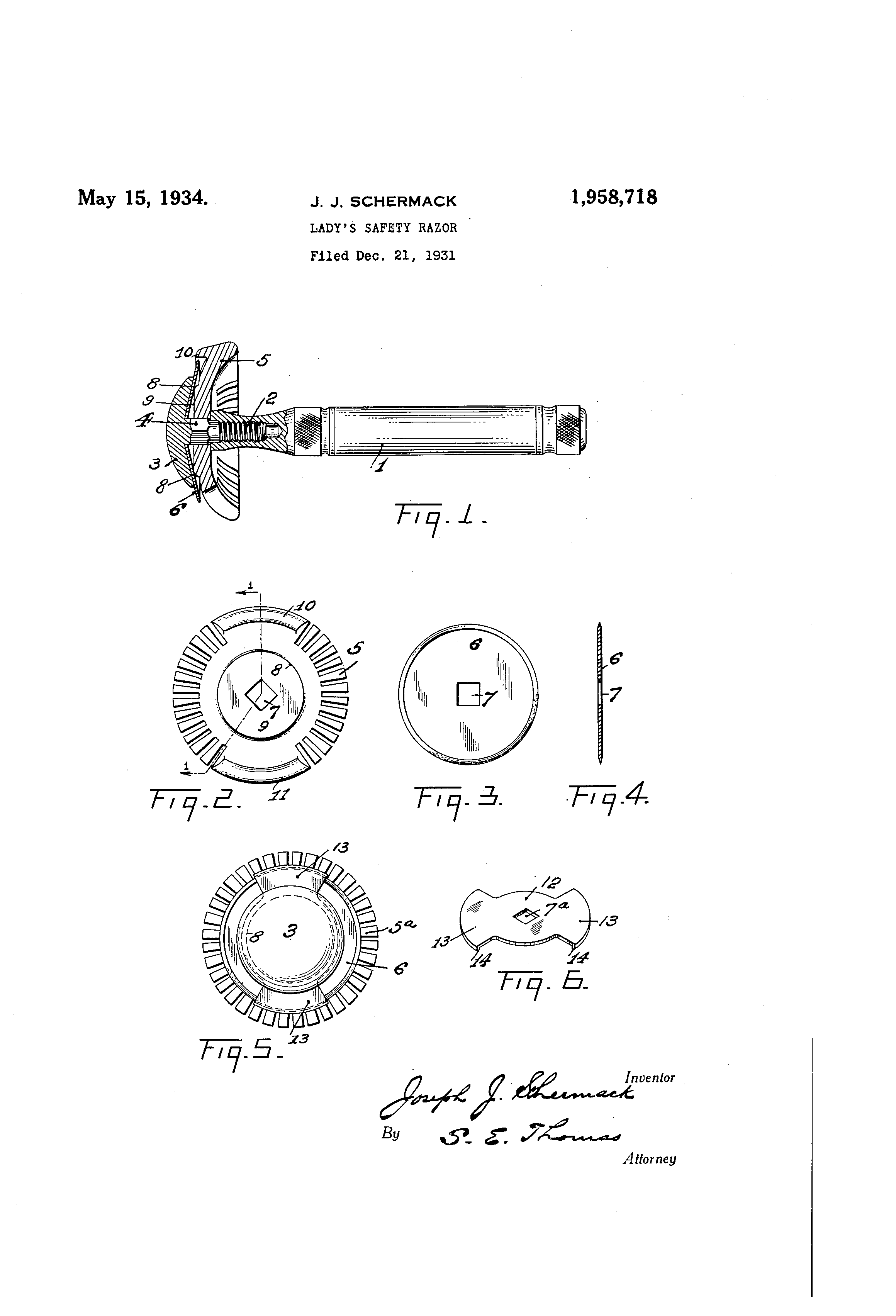 Judging by the drawing in the patent, the underarm razor is a fairly straightforward three piece razor but with a circular head. Mr Schermack seems to have been stuck to the idea of making his razor a double edged razor, despite suggesting a circular blade that was edged all around. Or in his own words:

Figure 2 is a plan view of the circular crenellated guard, with upstanding diametrically opposed segmental portions overlapping the cutting edge of the blade on opposite sides of the latter.

To me this would be wasting part of the cutting edge, as well as meaning the shaver would have to pay close attention to how the razor twisted while shaving. Compare Mr Schermack’s invention to the Curvefit or the Shermac razors( both of which was manufactured and sold), and you’ll see two ways to avoid that problem.

I suspect that the main reason Mr Schermack’s invention seems to have failed is the cost of manufacturing the blades (inherently more costly than straight edged blades).