Brushless creams saves time… or so I’m told. If you could do away with the whole ‘putting lather on before shaving’, it stands to reason that you should save even more time… or at least cut down on the clutter in the bathroom. So that might bave been on Kai Warming’s mind when he patented his “Shaving apparatus with supply of shaving liquid to the cutting edge” back in 1924.

Mr Warming – a Dane living in Copenhagen – stated in his patent that:

It is well known that shaving is rendered difficult if the lather or the shaving-liquid used is dried up or quite absorbed by the skin or the hair of the beard.

Hmm. Get a better shaving soap, or design an overly complex razor to supply  the skin with a small quantity of suds or water? I think Kai had a little too much spare time… 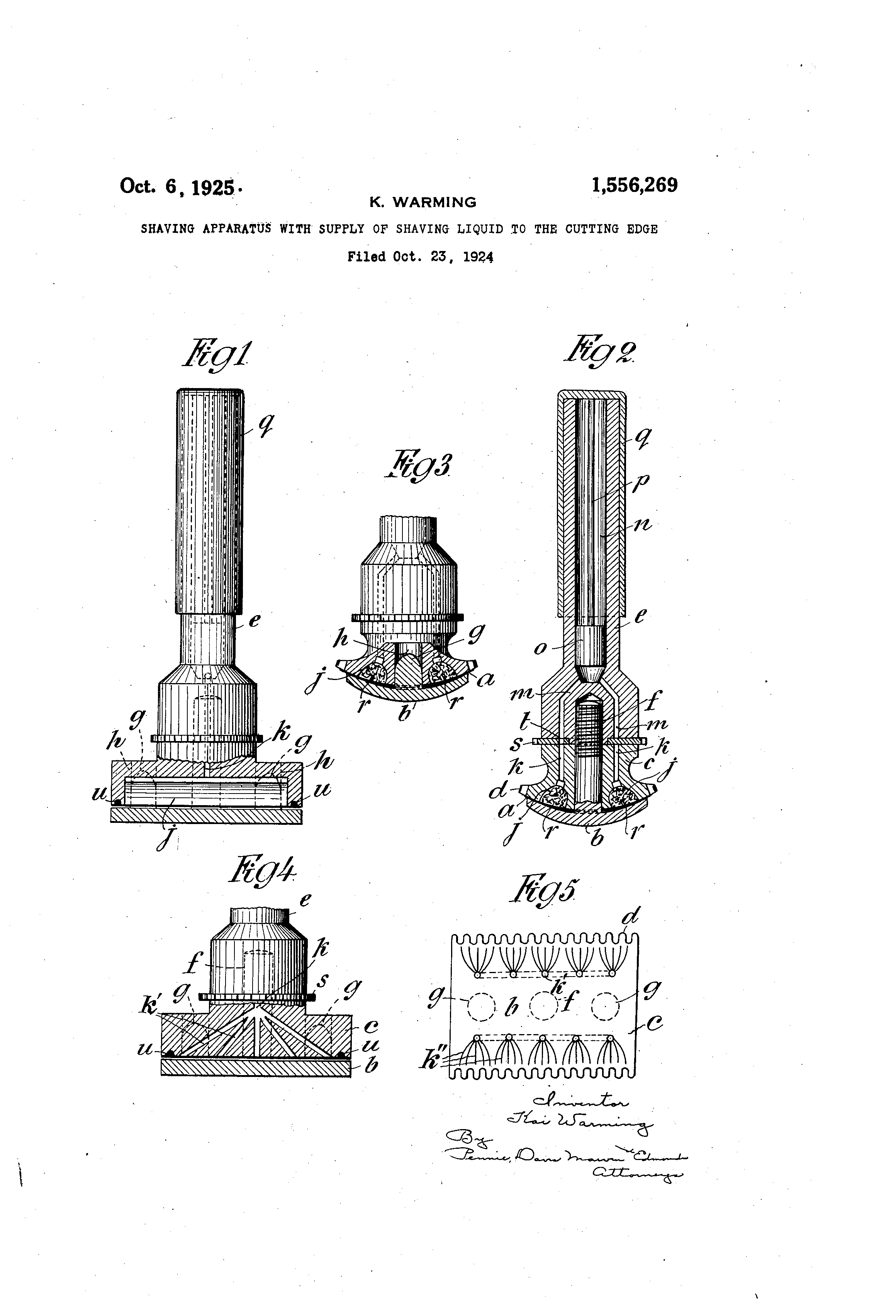 So what he designed was a fairly normal DE, but with a hollow handle and small channels running from the hollow handle and into the base plate. As an added complexity – and possible to avoid spraying the bathroom with suds and water – he included a small rotating disk (S) in the channels, that let the shaver select which half of the razor water was spraying from as well as turning the spray on and off…  at least until corrosion made the disk stick.

Just how the shaving liquid – be it “water, suds, glycerine, eau de cologne or olive oil” – was to be encouraged to move from the handle to the base plate is a little unclear to me; the patent mentions that the handle would be “displaceable as a unit by exertion of an axial pressure by hand, thereby supplying liquid from the said bore to the said cavity”… I can only read that as saying you would pump the handle to get liquid out.

The patent is long expired if a machinist out there feels adventurous… just don’t expect to sell much more than Kai did, even if you use olive oil as your shave liquid.