A lot of inventions aim at improving something that is already simple and functional, often to solve imaginary or minor problems. The improved shaving mug that David Heston patented in early 1875 do have some potential though… more about that later.

Having observed that the common shaving mug of the day was made for having a soap in the bottom, and therefore was fairly large and made it awkward for travel and storage, Mr Heston invented and patented one that was modular… in his own words:

…a shaving cup of detachable sections. It also consists in a soap-receptacle made detachable from the body of the cup, and constituting an integral portion thereof. 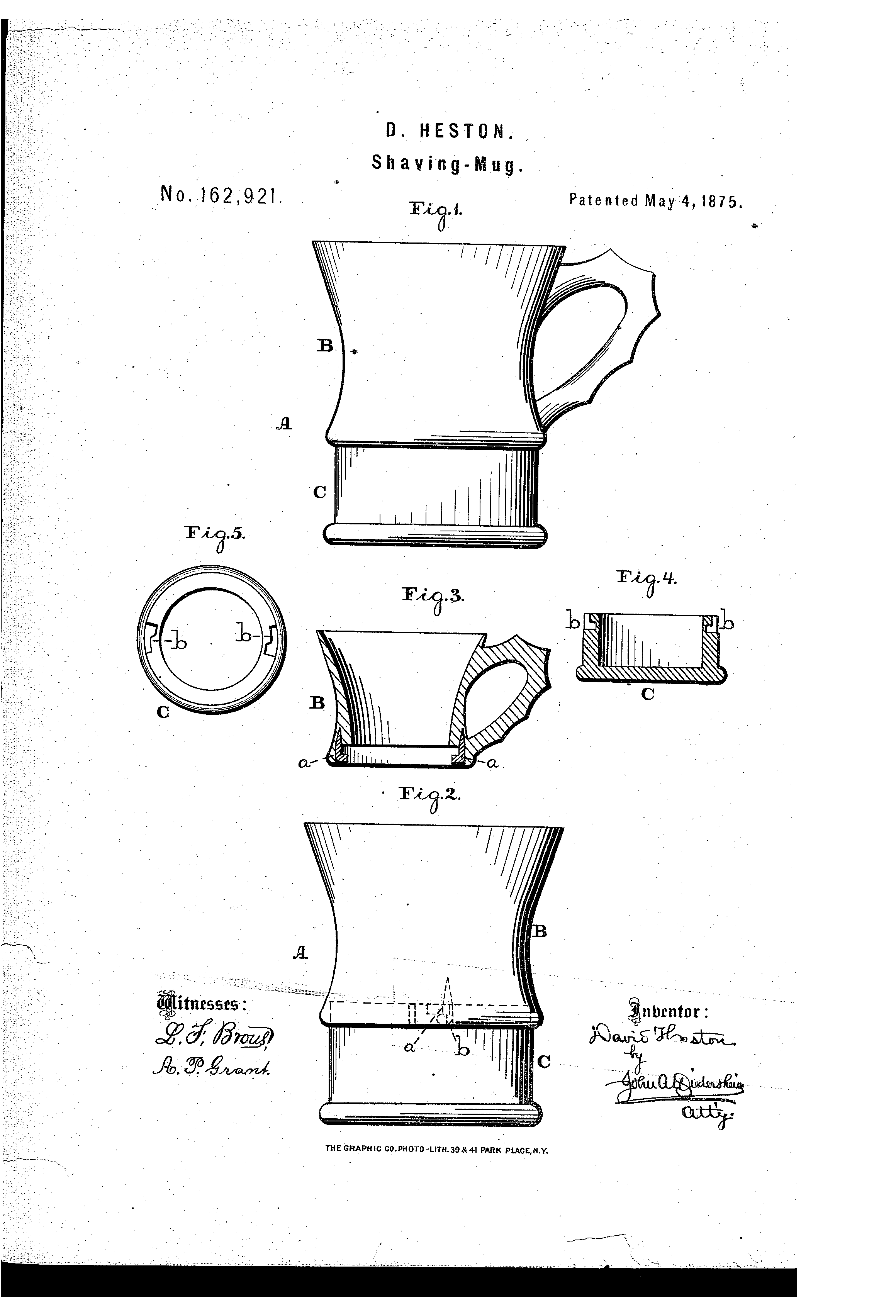 Mr Heston was limited by the technology of his time, so the drawing shows a bayonet joint between the soap cup and the shaving mug proper – today we would likely use threads instead, and indeed Mr Heston points that out as an alternative.

It will be seen that the cup may be easily produced, and for transportation packed in small compass. Provision is also made for filling the lower receptacle U with soap or shaving compound without. introduction through, or independent of, the top portion B, and the entire inner face of the cup is most readily accessible for purposes of cleansing.

Or in short: Simple to make, simple to transport, easy to put the soap in the bottom part, easy to clean the top part.
Looking at this patent, it suddenly occurred to me that artisan and small scale manufacturers of shaving soap today often use plastic containers for their soaps of a standardised size… either standardised across their own range, or even across several makers (I assume this is due to sourcing their containers from the same place). This means that they could design a screw on shaving mug to fit their hard soaps… allowing modern shavers to enjoy the traditional way of using a shaving mug without taking up too much space in their den. Another option would be to sell a version of this with multiple bottom parts, so the enterprising shaver could fill the soap cups with the soap of his choice. I’m just tossing the idea out there the patent is long expired, so it’s a free for all.