Dull blades? Or just finds blades too expensive to throw away, and need to expend the useful life of that sliver of steel? Fret not, because if it’s one thing people patented back in the day it is razor blade sharpeners…
One of the simpler ones was patented by Eric Muelberger Jr in 1937, and in the application he claimed that the existing sharpeners were both expensive and subject to mechanical wear and malfunctions… something he avoided by having no moving parts at all.

It is therefore my principle object to provide a non-mechanical safety razor blade sharpener which will not only resharpen the actual cutting edges of a blade but will simultaneously effect a hollow grinding of that portion of the blade immediately adjacent the cutting edges, the abrasive of the sharpener elements being arranged in permanent alignment. 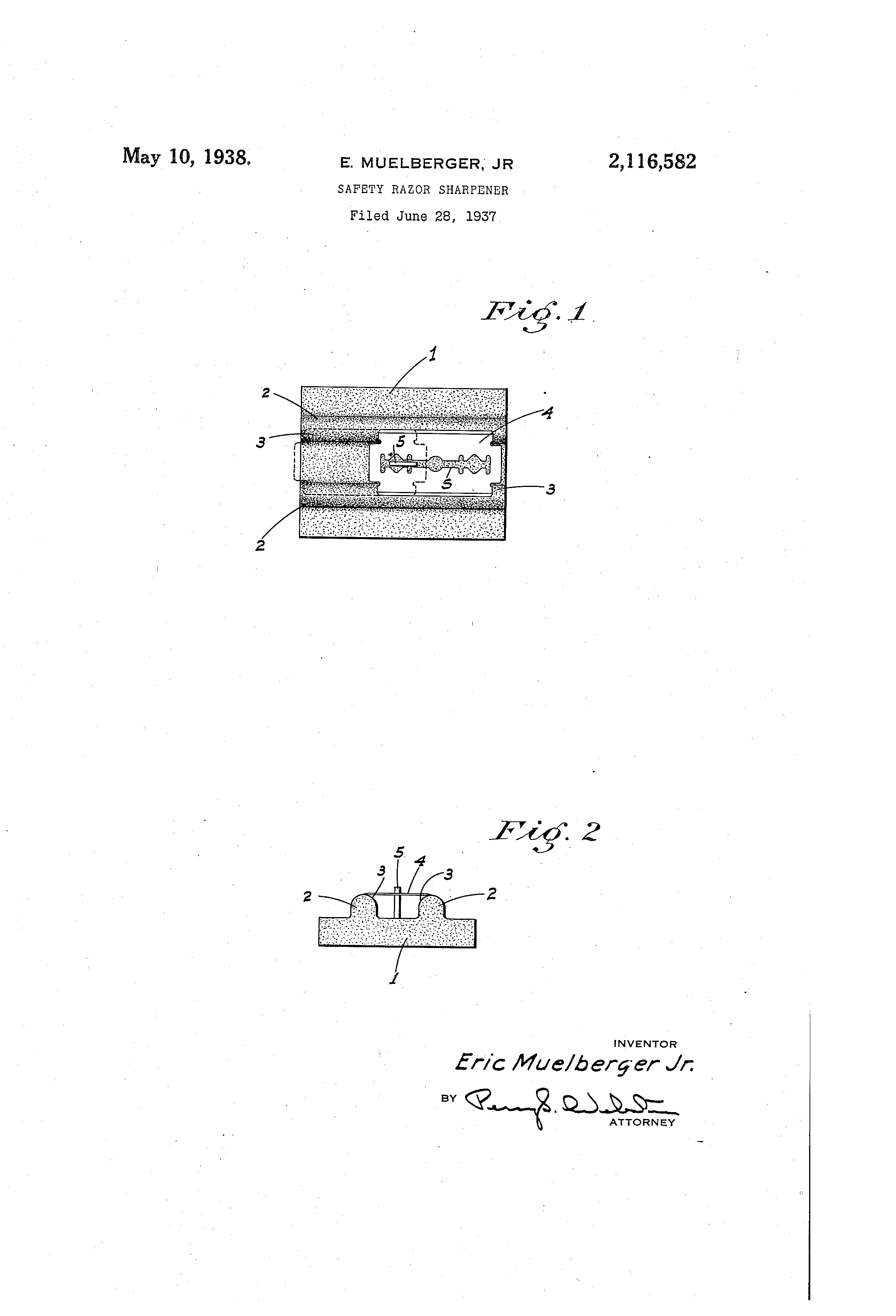 The upper and inner quarter of each abrasive element is formed with a curved convex surface and for the full length of the element, as at 3, for the purpose hereinafter described. The elements are spaced apart transversely such a distance that when a safety razor blade 4 is disposed lengthwise on said elements in the manner shown, the edges of the blade will rest upon such curved convex portion of the elements. In other words, the distance from center to center of the curved surfaces is the same as the width of the blades.

An important part of the idea was that blades shaved better if they were hollow-ground, something which Eric Jr achieved by careful shaping of the abrasive surface. It’s a very simple invention, at least by the standards of some of the other sharpeners I’ve seen – and I would be surprised if it didn’t see at least some production and sale during World War Two… after all, blades got harder to get hold of for the duration, and a simple, inexpensive means to keep them sharp would be welcome both at home and abroad.