The idea of a self feeding shaving brush – in other words a shave brush that contains the shave cream in the handle – is old… older than I though. In my wanderings online I found this gem from 1849!

Be it known that I, WILLIAM S. Jewett, of New York, in the county of New York and State of New York, have invented a new and useful Shaving-Brush; and I do hereby declare that the following is a full, clear, and exact description of the construction and operation of the same…

The idea is simple enough in hindsight, consisting of a hollow handle with a twisty bottom, a  plate to push the shaving cream towards the knot, a short tube and that is about it. The patent have a single, simple drawing as well as a simple and straightforward explanation. 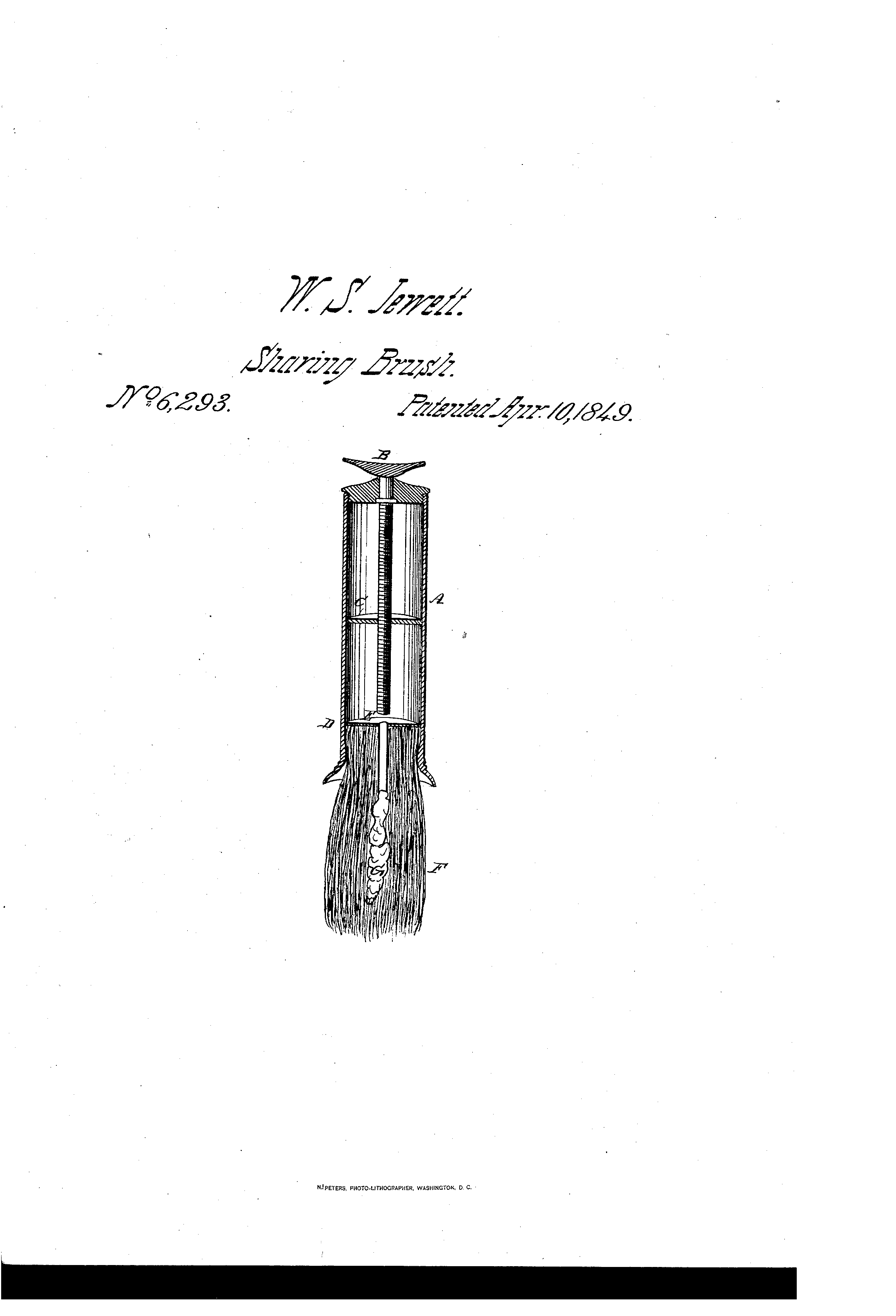 …a sectional or profile View of the brush, with the different parts, in which- A is the handle of the brush and also the box containing the soap which should be what is commonly called shaving cream. B, is the head of the left handed screw by turning which to the right the nut or button O, forces down the soap through the small metal tube E, into the brush. The tube E is :fixed on a thin plate D completely covering and protecting this end of the brush. The nut C should be covered with leather so that while .it fits closely the sides of the box the soap may be prevented from passing upward.

Simple, elegant, and – as history have shown us – doomed to failure and to be reinvented over and over again.