Very often a patent description starts out with a claim stating something along the line of “…have invented a new and improved…” or “…certain improvements to…”. The patent we’re looking at today on the other hand do NOT start with such a claim, and it is quite telling.

Instead George R Harvey – when he filed his claim in April of 1932 – simply starts with a very short description of what it’s all about: “Combination razor and shaving brush in advance of the razor.”

Wait.. what? In advance of? What do that even?

Well… the logic isn’t too far of the so called “lube strips” on certain modern cartridge razors, even if Mr Harvey’s design probably did more for lubrication and skincare.

The key to the invention, as far as I can tell, is that the single edge razor have a hollow handle you can fill with shaving cream. The bottom of the handle is a plunger, much like a syringe, which forces the cream out through a nozzle onto which there is mounted a short brush. The drawing makes it easy to understand: 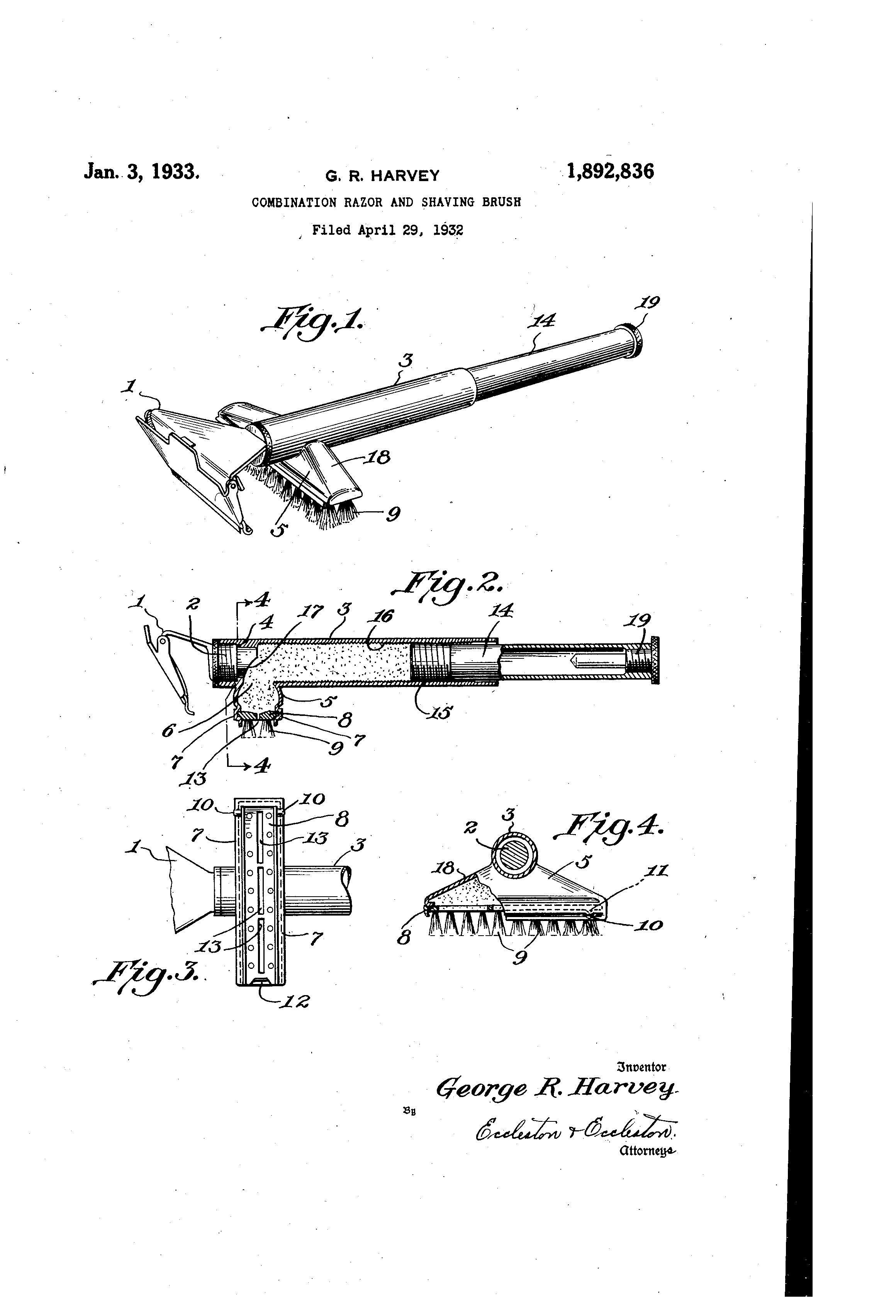 How would this rather clumsy looking device be to use? In Mr Harvey’s own words:

In the operation of the device the compartment 3 being charged with a soap or other emollient, the brush 9 is first dampened and the plunger 14 is then rotated so as to-cause the desired amount of the material to be discharged through the slots 13 onto the tufts of the brush. The instrument is then drawn over the face of the user so as to cause the brush to travel in advance of the cutting edge of the blade, the brush applying the material to the face and the razor then performing its function in a manner which will be readily understood.

I strongly suspect that Mr Harvey had a mustache…  there is no way this contraption would both lather and shave the upper lip without both cutting your nose while lathering and getting a taste of shaving cream while shaving.