Want to eek out a little more life from your double edged blade? Recoup a little bit more on the investment as it were? To us today that don’t make much sense, since we’re just paying pennies per blade, but back in the day blades were more costly; about equivalent to the cost of a razor cartridge today per blade!

Much like you today can find sharpeners for cartridge razor, there was a market for DE-sharpeners back in the day. One of the earliest that I found a patent for was granted in March 1911, and was submitted by Eleazer I Rains. As far as I can tell it is Mr Rains’ only shaving related patent.

The machine he patented is simple enough in principle, but the actual execution might leave a little something to desire… it’s not a handle little device you can keep in a drawer, it’s a fairly big lump of machinery you bolt to your bathroom counter.

The device consists of two geared sharpening rollers (which could be made adjustable) against which a blade could be pressed by a spring… and that is about it when you come down to it. This is a principle which several other sharpeners adopted later, in various forms.

In Mr Rains’ own words, the machine is

comprising a sharpening roll, `means to rotate the same, a spring pressed blade support adapted to press the blade yieldingly toward the roll, and movable “bodily toward and from the roll, and guides in which said support is loosely guided 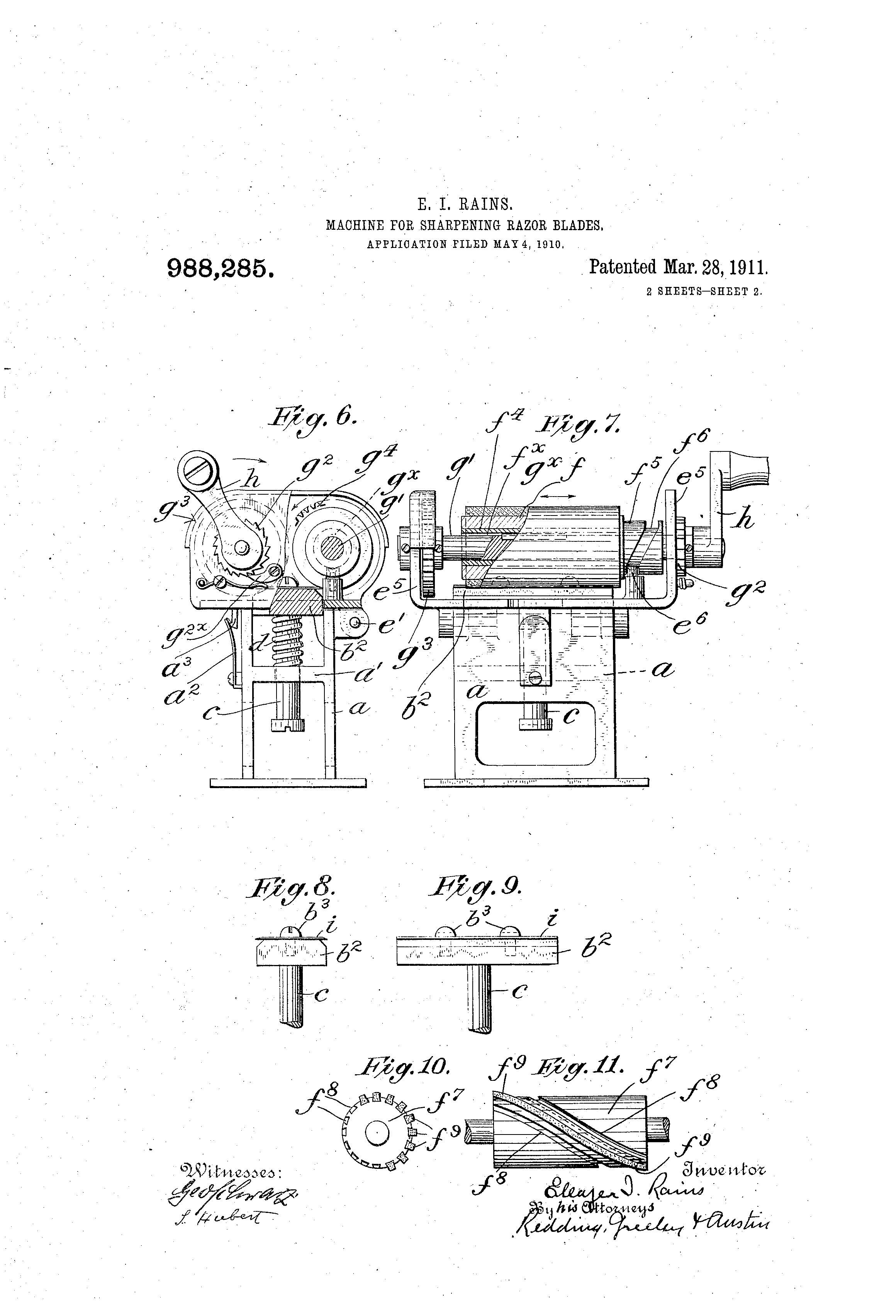 I don’t know if this sharpener was ever built, manufactured or sold, but as far as I can tell from the drawings it should work as intended. The major failing I can see with the design of it is the sheer bulk and the need to bolt it to a countertop.

1 thought on “A 1908 machine for sharpening razor-blades”