My beloved wife seems to think that miniature versions of things are cute and adorable. With that in mind, the Laurel Ladies Boudoir Razor must be the most adorable DE ever. 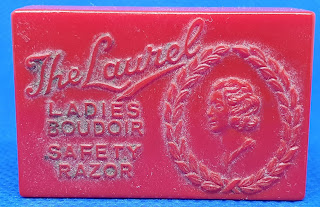 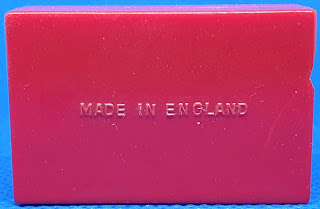 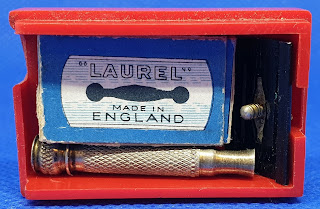 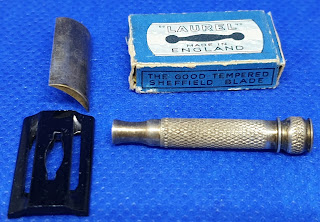 Waits – in his excellent Razor Compendium – have the following to say about this razor:

The razor itself is indeed small – as can be seen from the photos – and the blades are downright tine. The design seems to be a scaled down version of the Laurel “Dumb Bell” Razor from 1934, which sort of gives a lower end to when the Ladies Boudoir was manufactured. There is some indications online that the Ladies Boudoir was meant as an cosmetic razor, ie.: for trimming eyebrows and removing unsightly hairs, rather than for shaving armpits and the like. 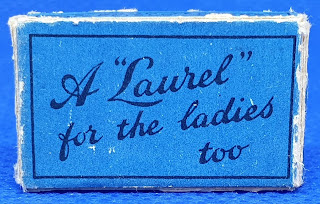 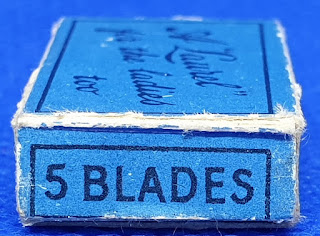 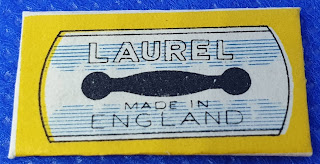 My Ladies Boudoir came to me via a friend of the family, after he died several years ago – the same source as my EverReady 1914.
According to what I know, he picked it up in England during the War (World War Two, that is) and carried it in his pocket when he parachuted into Nazi occupied Norway as a commando/resistance fighter/saboteur – what we today would likely identify as a Special Forces Operator. The idea behind bringing it was that if he got separated from his equipment – which was dropped in a separate container – he would be able to make his way to a civilised area, and give himself a shave before contacting anyone so he wouldn’t immediately give himself away as one of  the “boys in the forest” (a commonly used term for the Norwegian Resistance).
As luck would have it, he didn’t get away from his gear and the other resistance fighters was on the agreed upon meeting spot, so the razor sat unused in his pocket until the end of the war, and then among his mementos until it made it’s way to me. 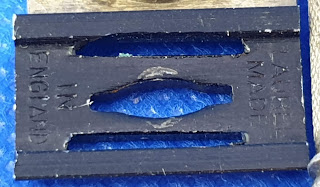 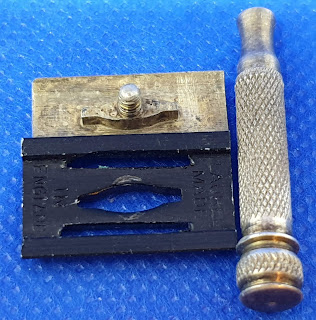 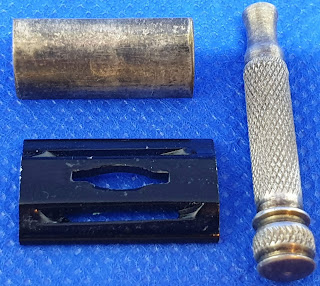 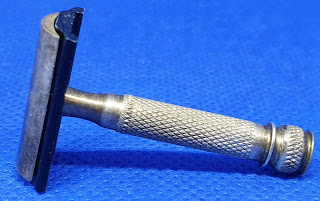 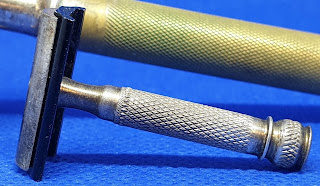 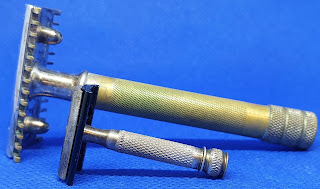 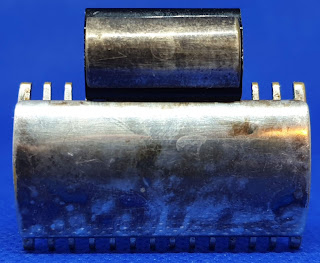 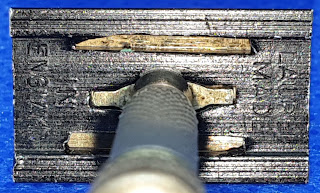 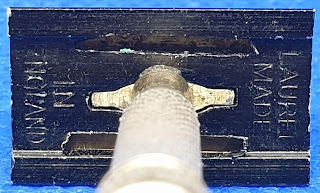 As can be seen from the photos, the blade – and thus the razor’s head – is about ¼ of the size of a “real” DE razor. The handle is equally diminutive, and feels too thin to control in my hands at least. A nimble lady – or a WW2 Norwegian Commando whom on occasion disguised himself as a young teen – might find it easier to use than I would. My calipers gives the total length of the assembled razor as 38.3mm (1.5″), while the head measures 21.6mm by 12.8mm (0.85″ by 0.52″) – so either you go by looks of by the numbers, this is a tiny razor.
The Ladies Boudoir is of all metal construction; some online sources suggest that the base cap should be made of plastic or Bakelite, but from the wear and tear it’s plain that the one I inherited at least have a metal base with a black coating.
While it’s not my oldest razor, nor a razor I’ll ever actually use, the Laurel Ladies Boudoir is one of the last razors I own that I’ll ever give up. The history and provenance of it makes it beyond priceless to me.