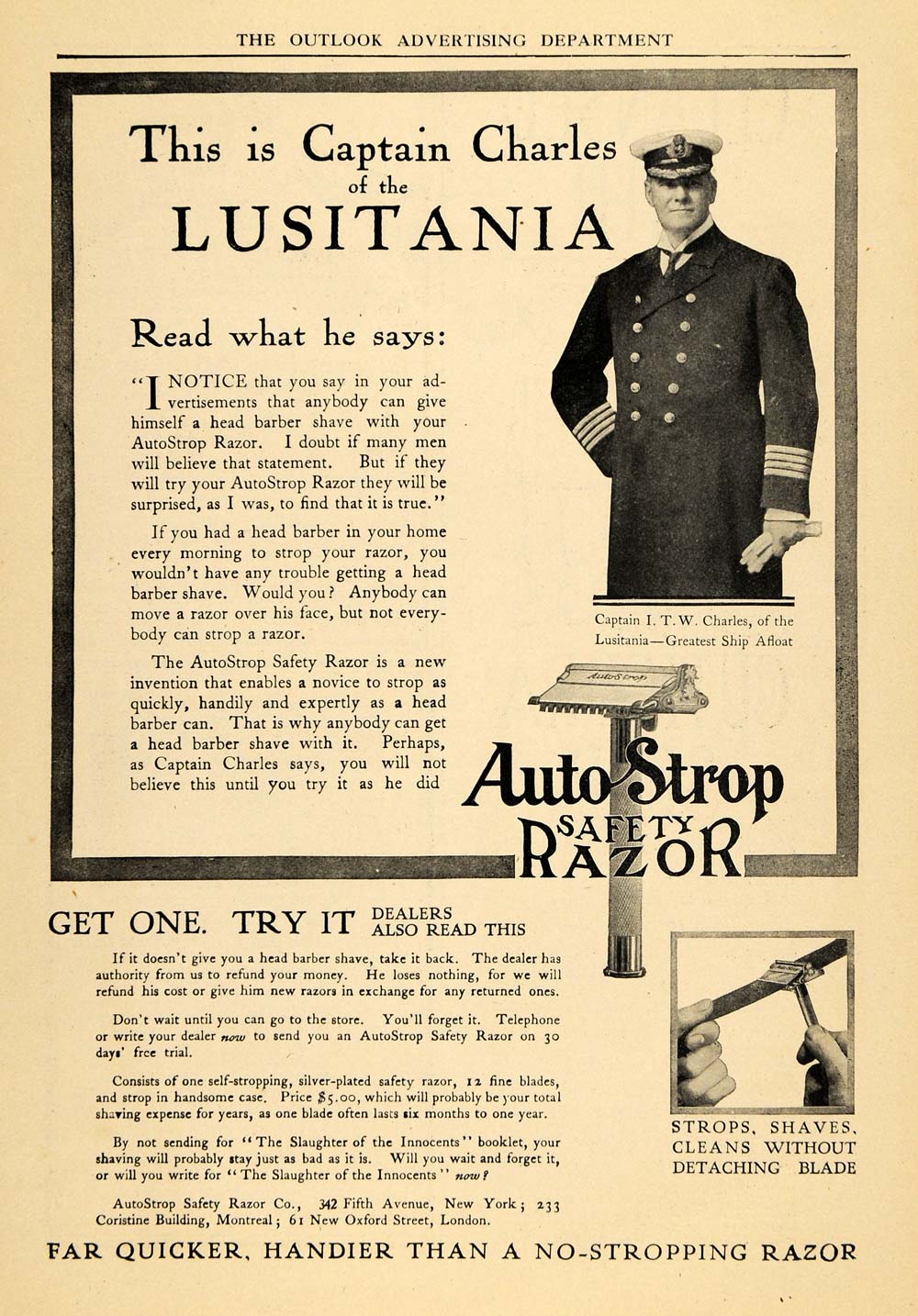 According to Captain Charles of the Lusitania – greatest ship afloat – everyone can get a “head barber shave” from an Auto Strop razor… because while everyone can move a razor across the face, only a “head barber” can properly strop and hone a blade.

A few interesting titbits; the reference to Lusitania as the greatest ship afloat, as well as placing I T W Charles as the Captain, dates the advertisement to a narrow time frame. It must be from after 7th September 1907, which was the date of the maiden voyage for the Lusitania. It must be from before the Great War, since as far as I can tell her two wartime captains were Captain Dow and – off course – Captain William Thomas Turner.

Best guess places this advertisement around 1910 – before the Gillette’s with their disposable blades made the idea of stropping a safety razor obsolete.

As a side note, I’m really curious as to the “slaughter of the innocent” booklet they mention in the text – the only thing I find online about that is more recent than this advert, and has little to do with shaving.