Way back in 1907 Mr William H Crichton-Clarke patented an improvement in safety razors on behalf of the Gillette Company. William had – as far as I can tell – two other shaving related patents; one for a simplified safety razor with fewer parts than the Gillette Old, and one for a blade-sharpening mechanism to hone the edge of razors blades.

The patent I’m having a look at today is one that would produce a very, very small razor consisting of basically nothing more than a top cap and a bottom cap with a blade fastened between them. Or in William’s own words;

…a strong, simple, durable, and inexpensive safety razor which is small and compact in construction, so that it can be carried conveniently in a vest pocket or the like. 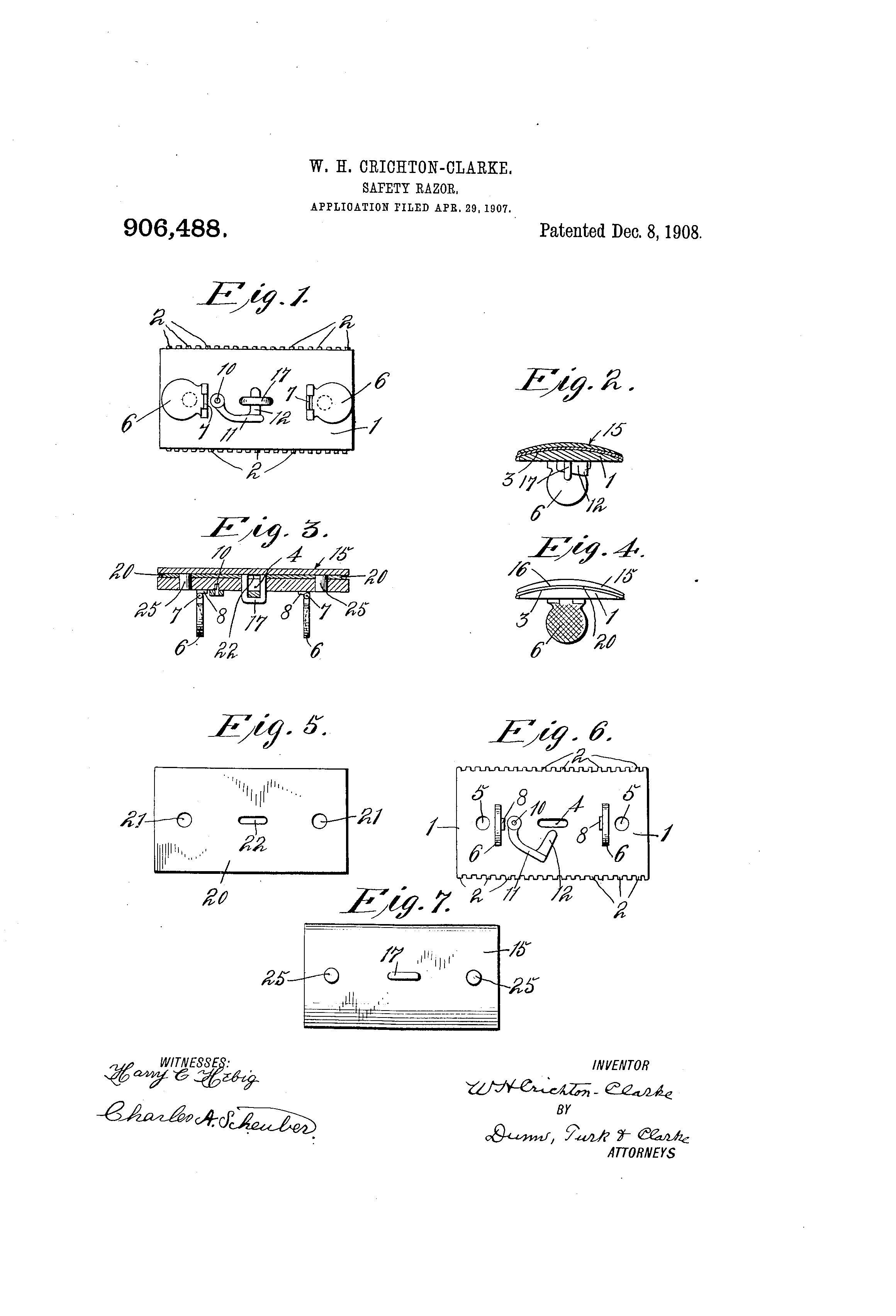 The main claim of the invention is to have a razor with two folding handles that lie flat when not in use as shown in the drawing, and which can be held between thumb and index finger when shaving. For those who thinks that looks and sounds vaguely familiar, I covered a tiny little travel razor back in May of 2015 that works in much the same manner – so while the manner of execution is different, at least the concept got into production at one point.

Update: for more on the tiny little travel razor, see this post.