Bouncing around on Google Patents is fun… sometimes I find brilliant ideas, sometimes I find goofy ones. I’m not sure if Burton Christmas’ idea is one of the later or former… it definitely have elements of both.

This invention relates to safety razors and is herein disclosed as embodied in a razor adapted to be cheaply manufactured and also adapted to carry advertisements, so that it may be sold at a nominal price or may be given away.
As herein illustrated the razor blade lies in a pocket or enclosure formed by folding a sheet, and the other end of the sheet forms a cover or flap which may serve as a handle adapted to be folded into about the same space as an ordinary card of cardboard matches.

A pretty neat idea, and while waste is an issue in this day and age it would make for a neat razor that a hotel or motel could leave in the bathroom along with the ridiculously tiny soaps they place in there… 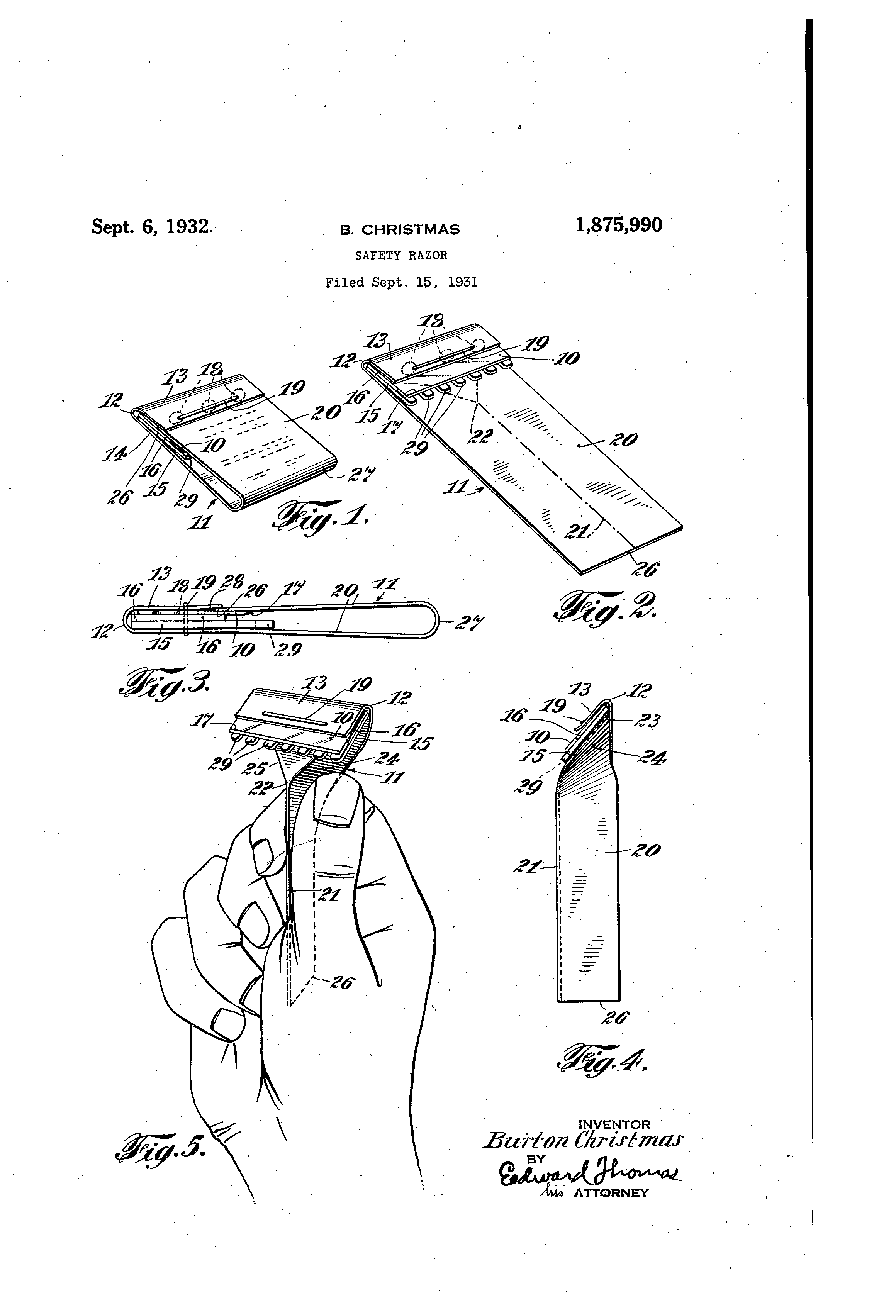