…must have been a problem during the Depression – it is the only logical explanation I can think of for why Mr F Pollifrone patented a combined safety razor and flash light back in 1928.

…an improved combination safety razor and electric light which will enable the user to secure a better shave due to better light.

Come to think of it; if this is an improved combination, what combinations came earlier? 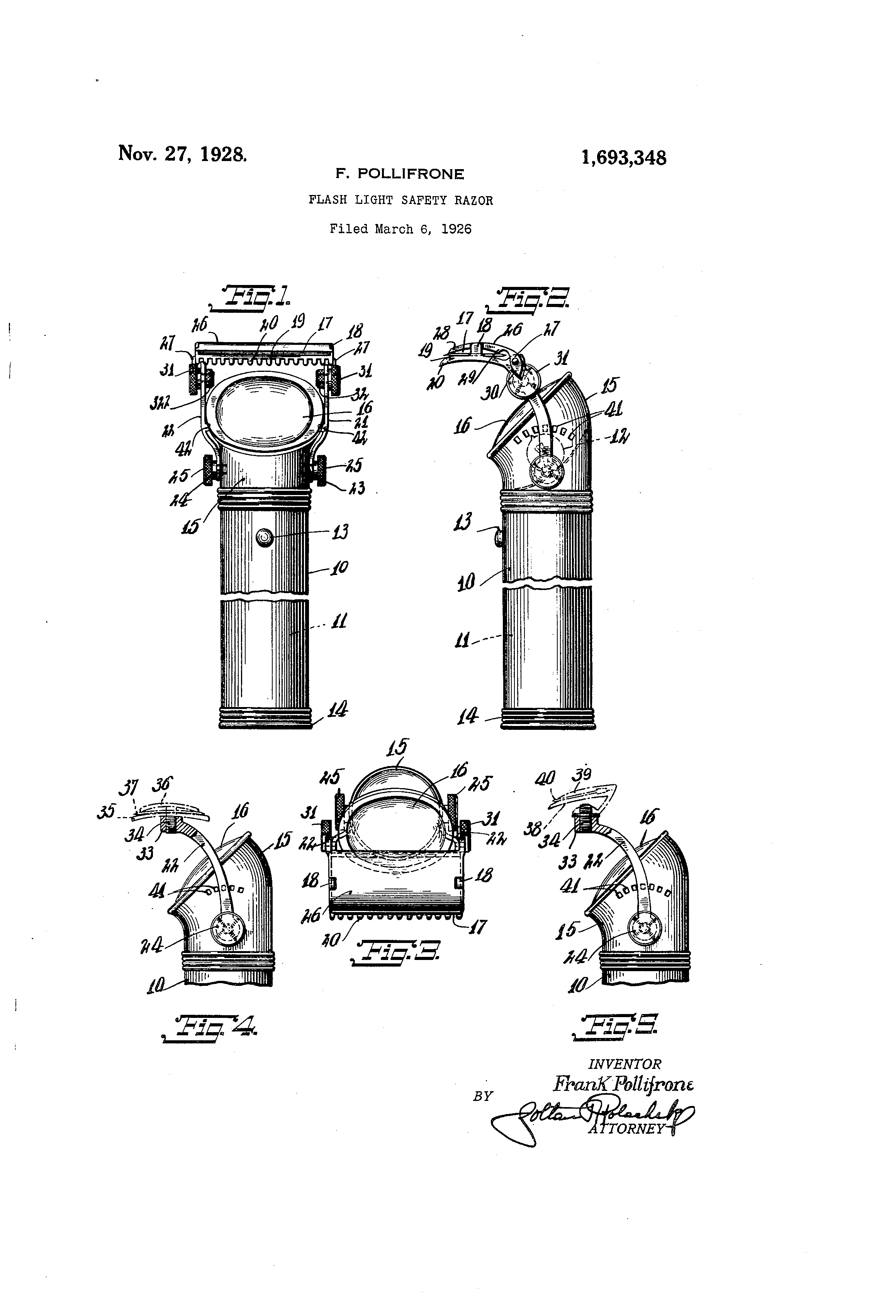 The actual invention seems to mainly consist of a flash light with a pair of adjustable arms that holds either a DE or SE razor head. The net effect is a unwieldy and heavy razor.

…the combination with a cap adapted to cover one end of a flash light and to direct light there from, of links pivotally attached at one end to the sides of said cap and diverging in advance thereof in spaced relation to the paths of the rays of light emitted by said flash light, said links being adapted at their upper extremities to be pivotally attached to the end portions of a safety razor for adjustably supporting the same in advance of said cap, and projections on the inner sides of said links adapted to engage in spaced: recesses in said cap for retaining said links in an adjusted position.

1 thought on “Shaving in the dark…”