If you have a problem deciding what kind of razor to use, the invention of Mr M H McIntyre and E L McIntyre might be the answer you didn’t know you were waiting for:

A reusable shaving instrument complex having a safety razor member with a guarded blade and a straight razor member with an exposed blade, and a unitary handle constructed and arranged to hold and carry both of said members during use and storage.

The basic idea seems to be to mount a straight and/or shavette in the handle of a safety razor, letting the user use whatever instrument suited their fancy, or the particular needs at the time. One of the amazing things about this patent isn’t just the sheer amount of shaving power packed into one razor, but the year it was granted: 1985! 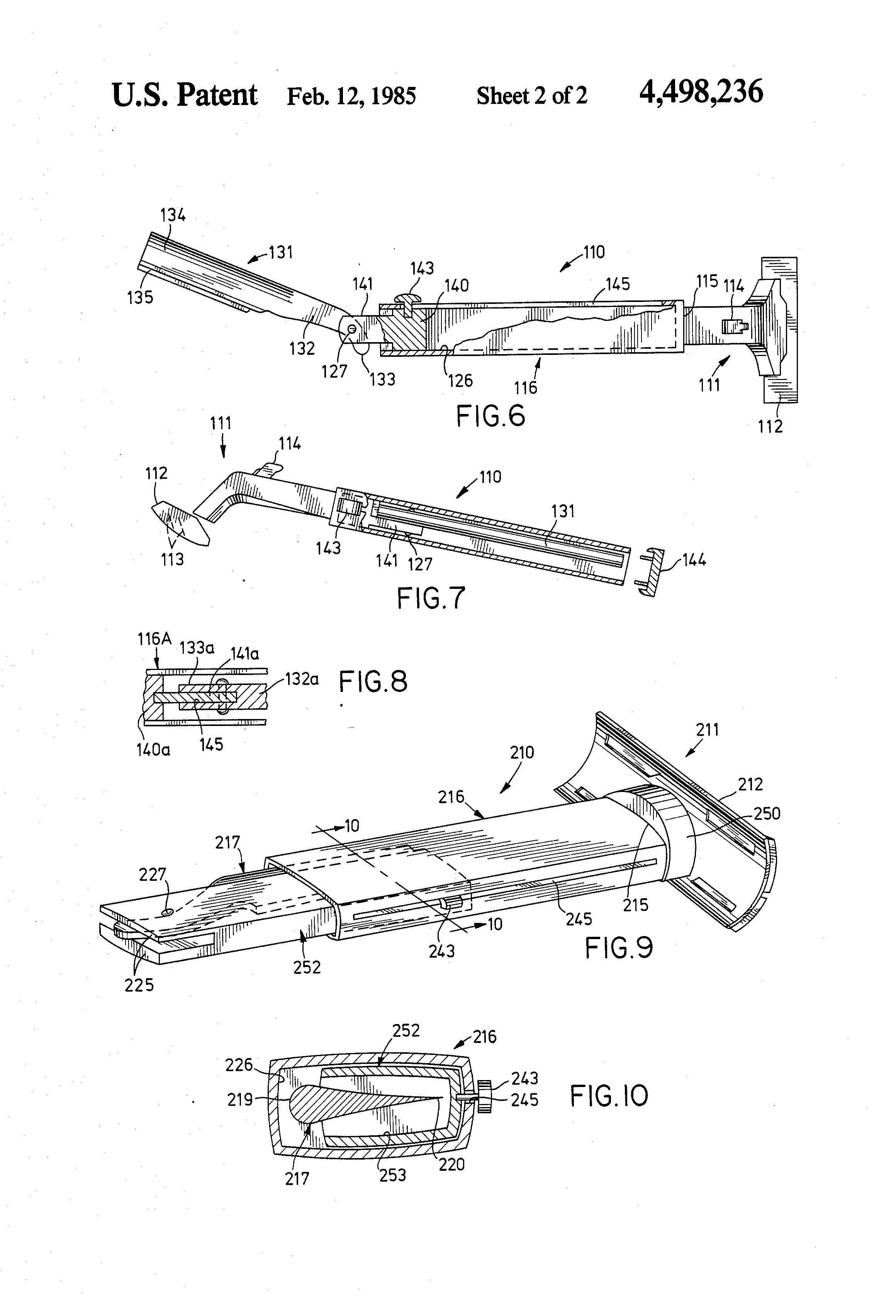 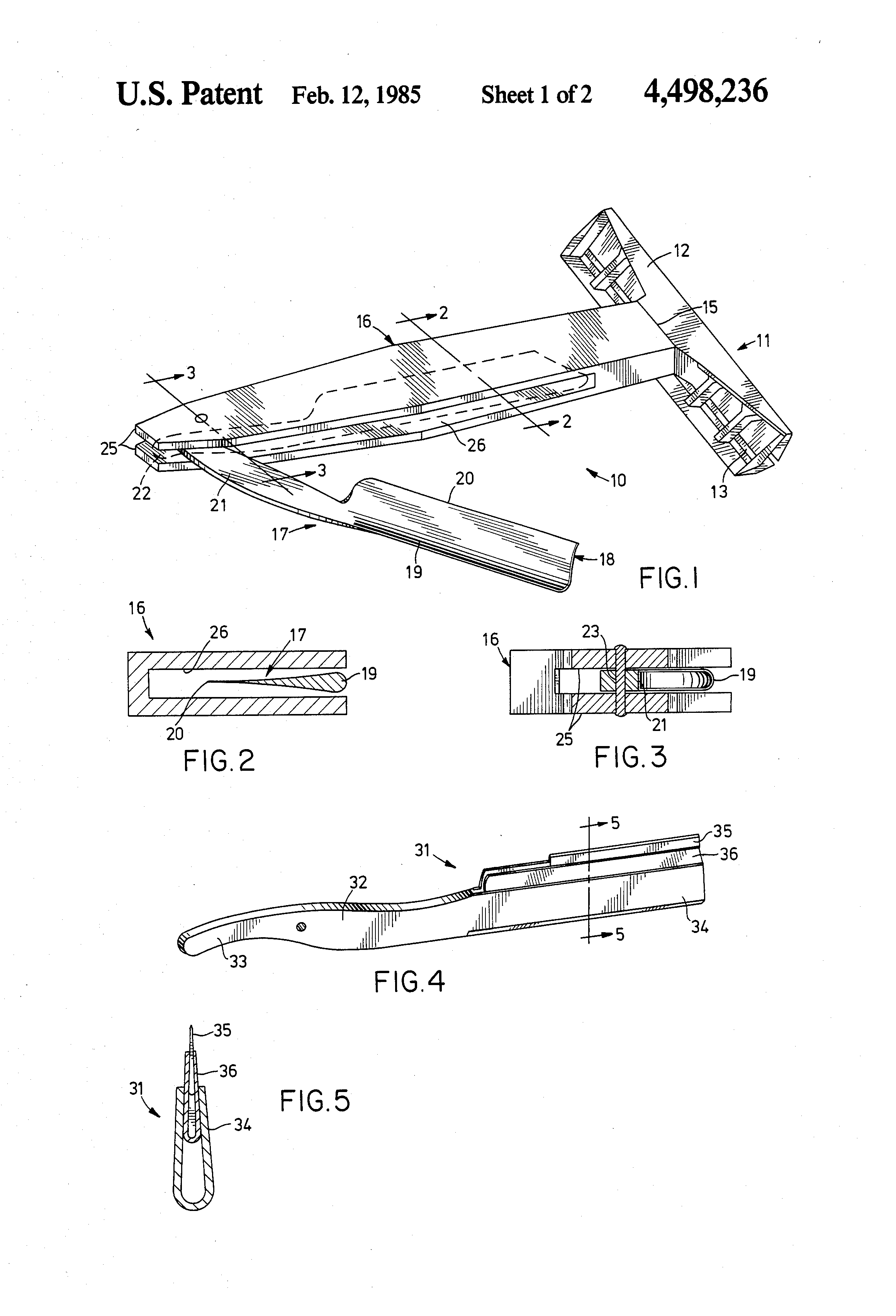 There is also a sideways reference in the patent to the shave head being detachable, opening the possibility of switching between SE, DE and carts. The patent has lapsed – and the invention is therefore in the public domain – but one part of the patent application is as valid today as when it was written:

Safety razors have come into vogue in the last century, and offer the advantages of a safe, clean shave with minimum risk of facial injury, and the replaceable blades eliminate the need for special care in keeping the blade sharp and clean. More recently, the shaving industry has offered so-called one use or throw-away razors which are wasteful and expensive in the long run and such devices are outside the scope of the present invention.