Yet another razor oddity I have dug up some information on, courtesy of a chance remark over on my favourite shave forum: the Shape Sharp Razor!

The basic idea is interesting, and ties into the razor blade sharpeners I blogged about last month: Keep your razor blades sharp, and keep them longer. Made a lot more sense of the old carbon blades than it do for modern stainless ones, since they cost more (relatively speaking) and dulled quicker. 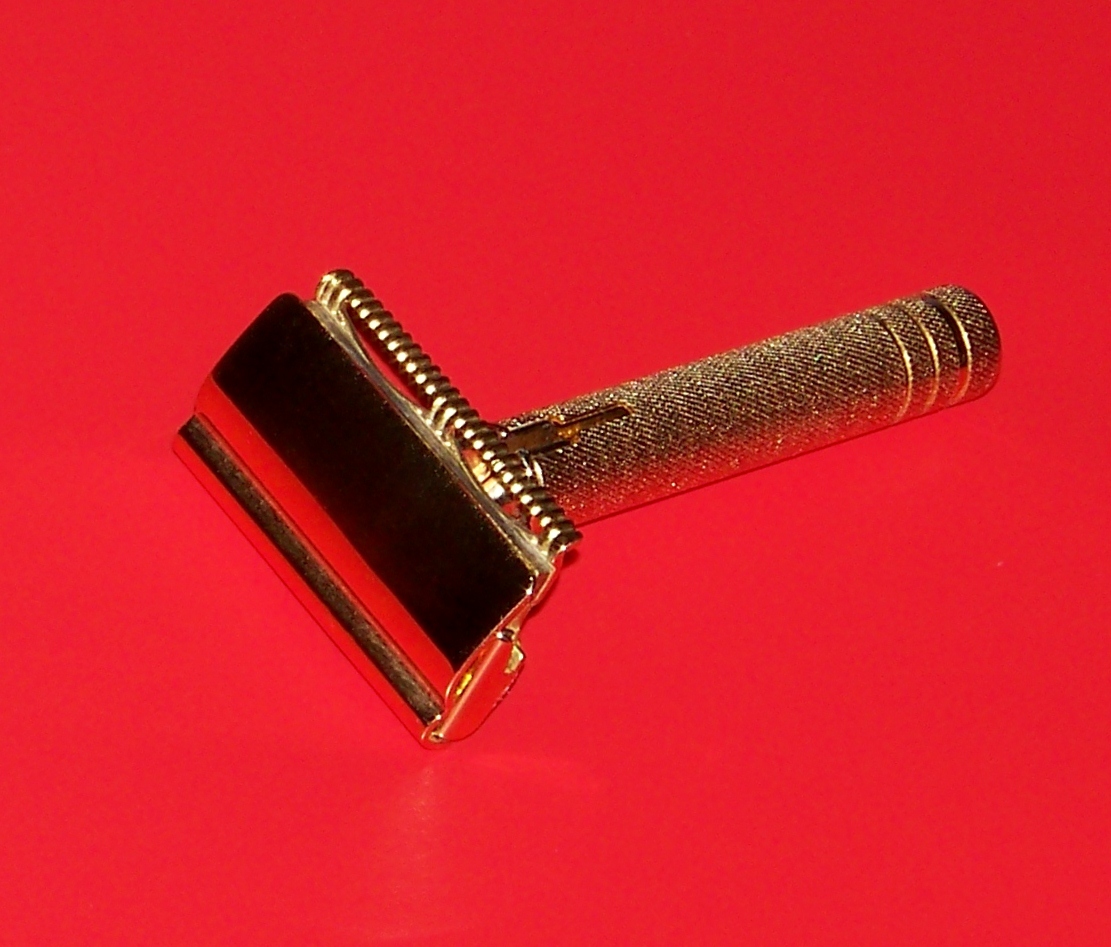 At a glance, it looks like a SE razor with a wicked blade exposure and an oversized head… but there is a reason for that: the head contains a hone, and holds a regular DE blade. The idea is/was that the user shake the razor back and forth to keep the edge honed during shaving, thus having a perfectly honed blade at all time for the best possible shave… at least, that is what the pamphlet says.

According to the information I found online, the construction is a combination of cast zinc and stamped brass, and possibly steel – although I’ve also spotted references to Shake Sharps with bakelite handles.

Since only one edge was exposed at any given time, the shaver had to open the razor and flip the blade around when he wanted to use the second edge. If the honing feature worked – and I have no reason to believe otherwise after looking at the patents online – you would only have to do that after wearing one edge out completely.

Personally I’m not convinced that shaking a razor back and forth with wet hands is the best idea in the world, but this razor do provide the SE experience while using DE blades… I guess just for that it ought to get a free pass. 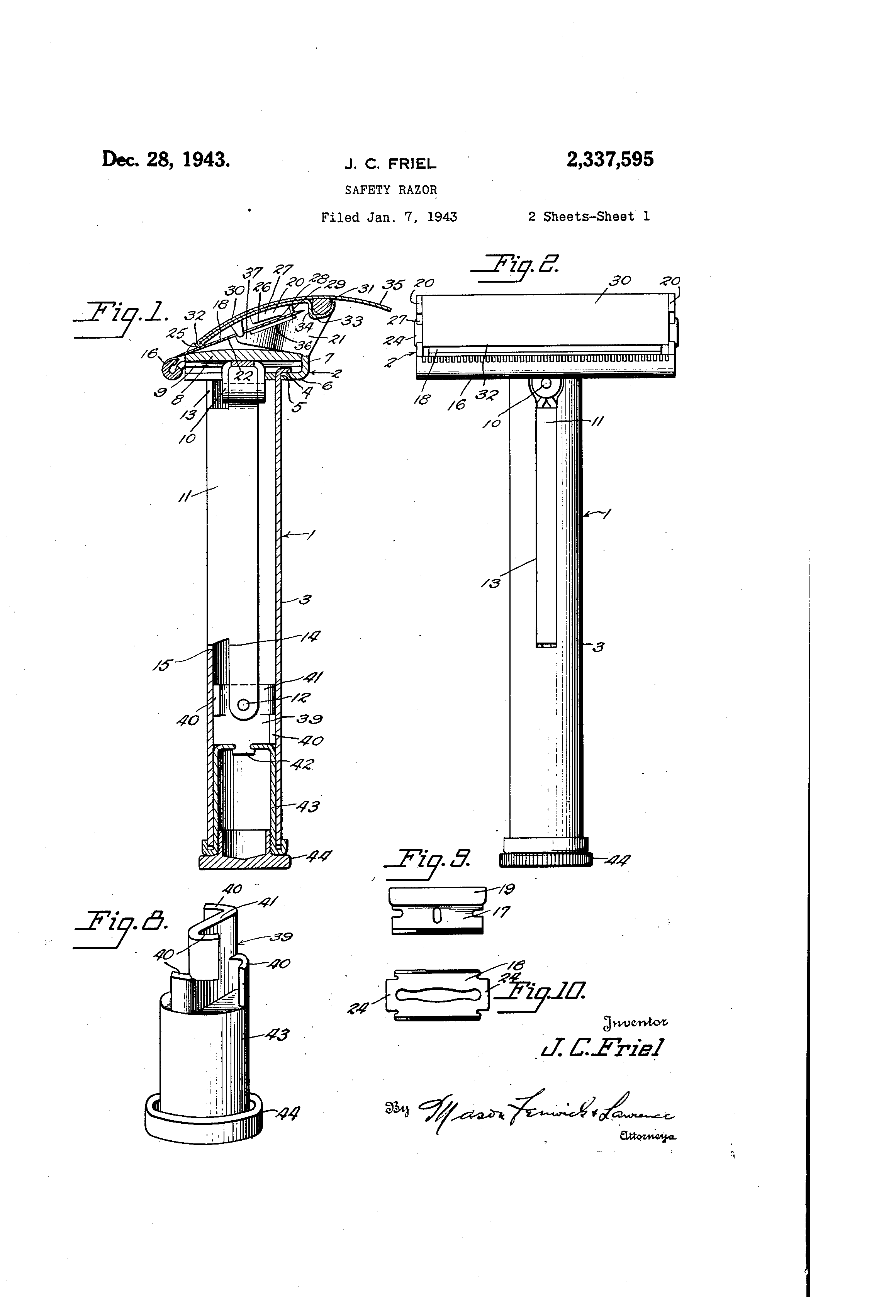 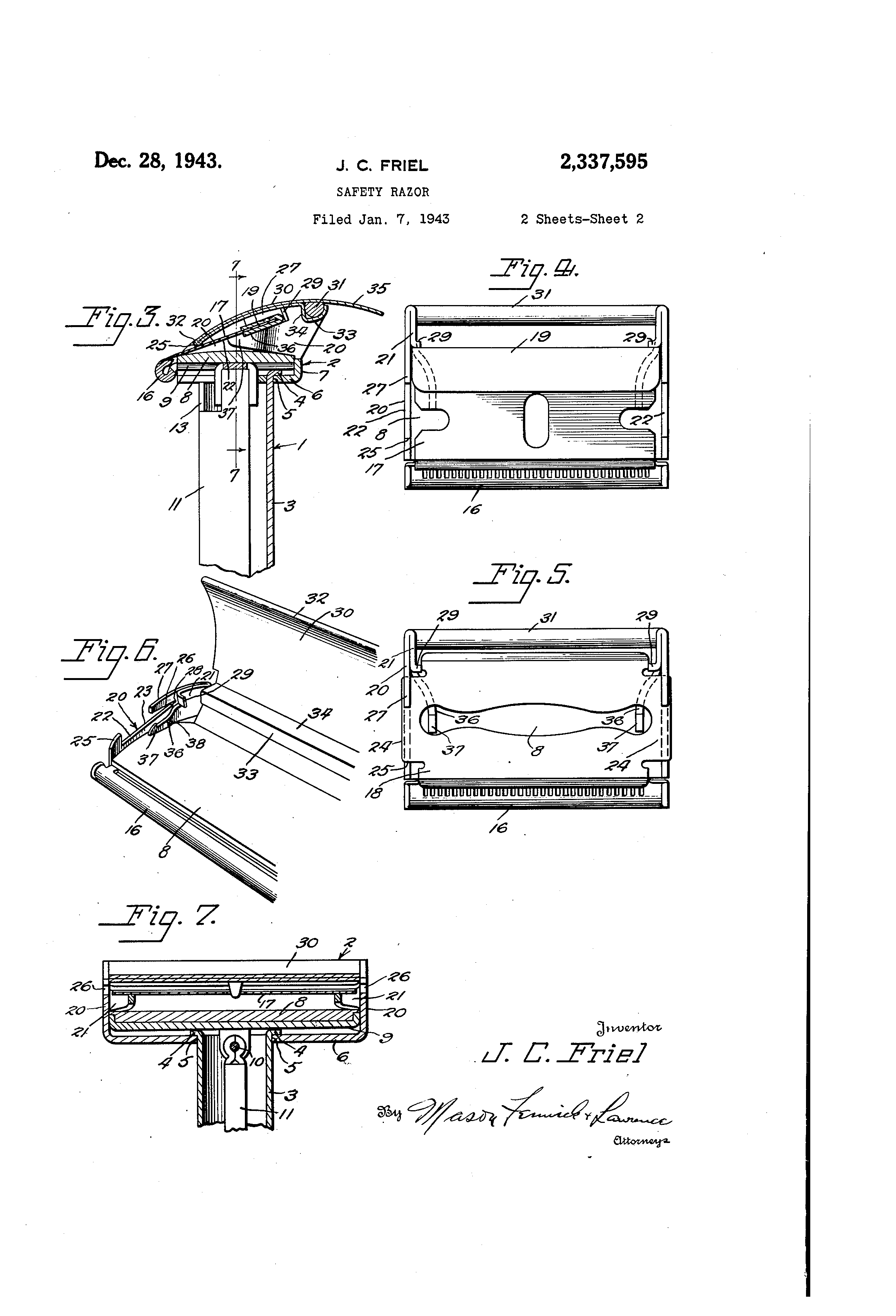 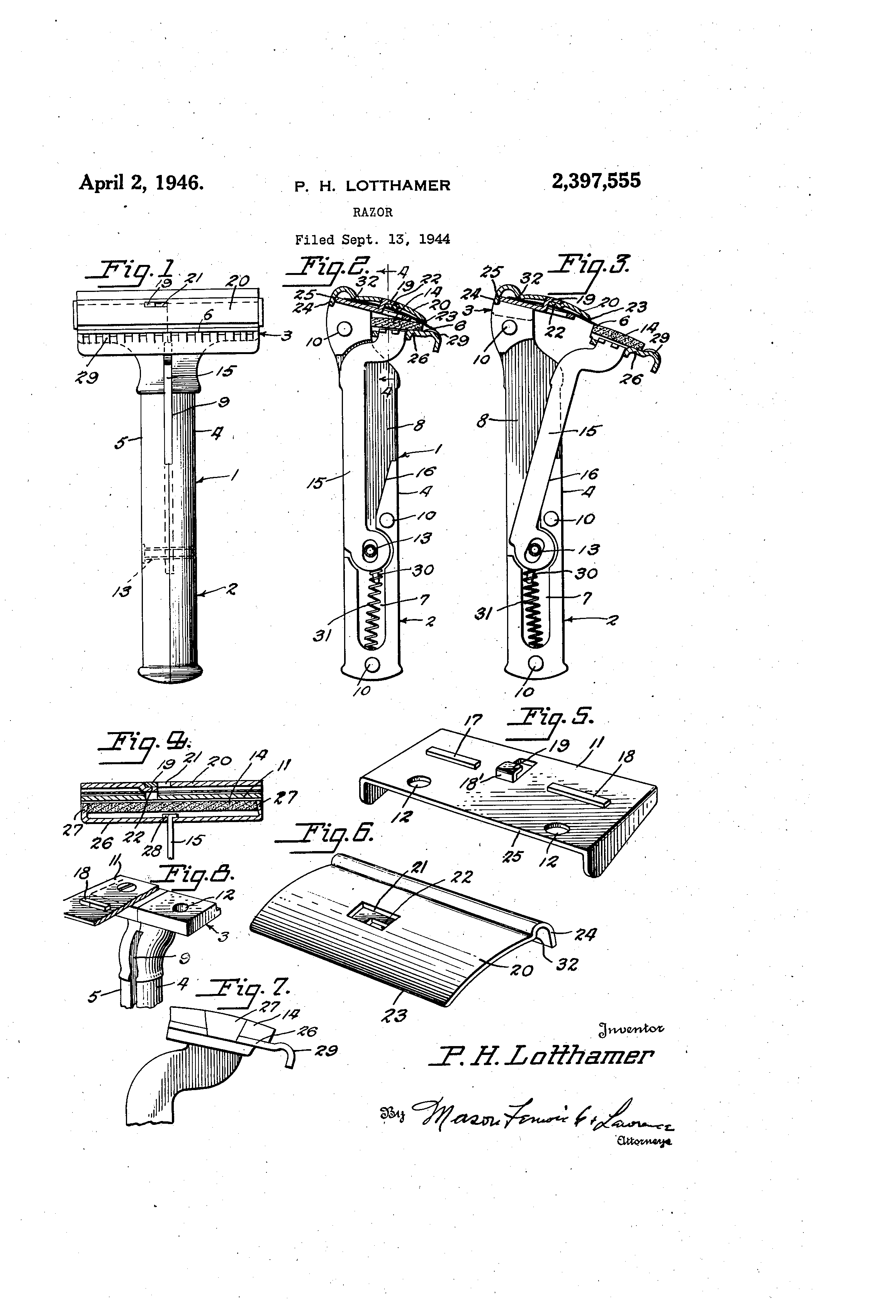 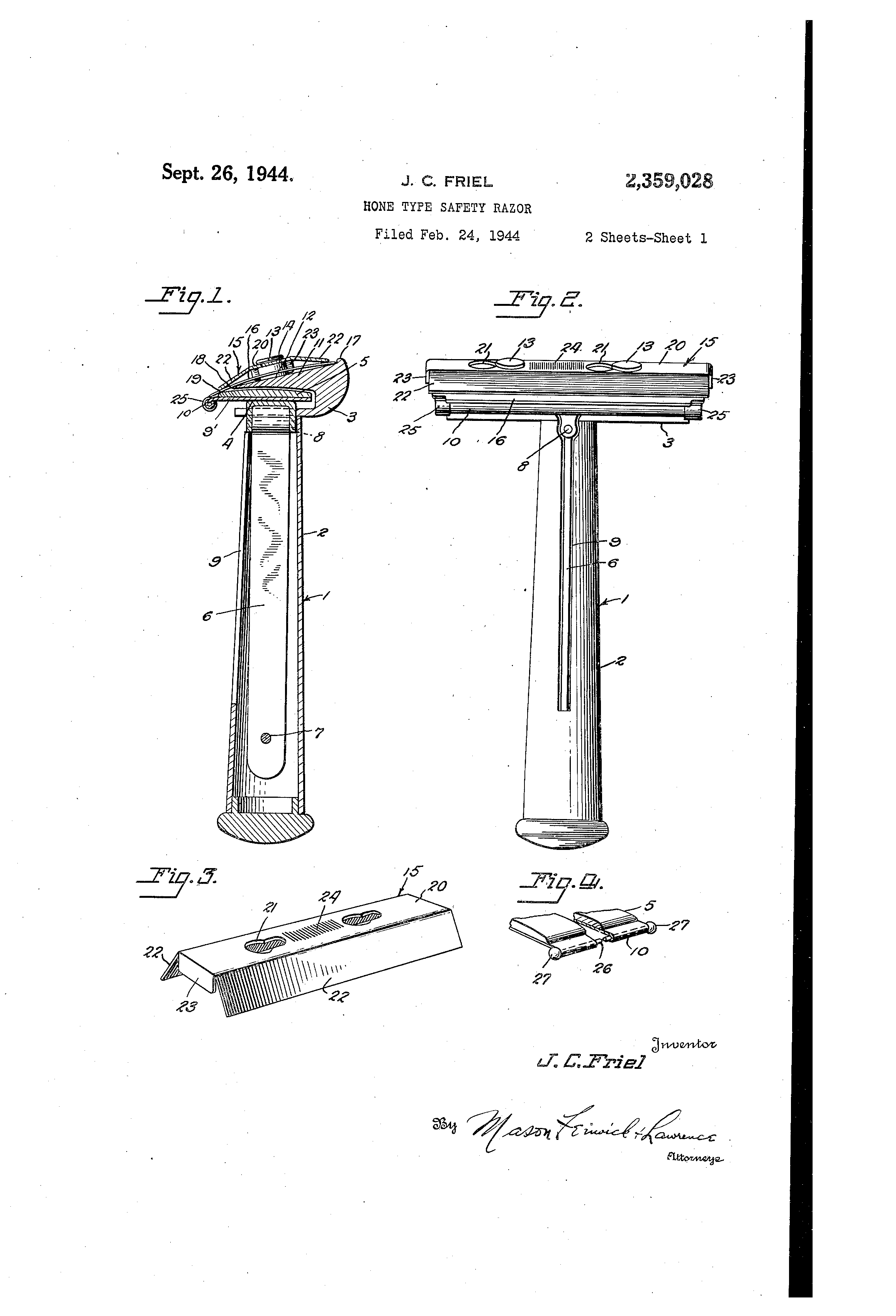 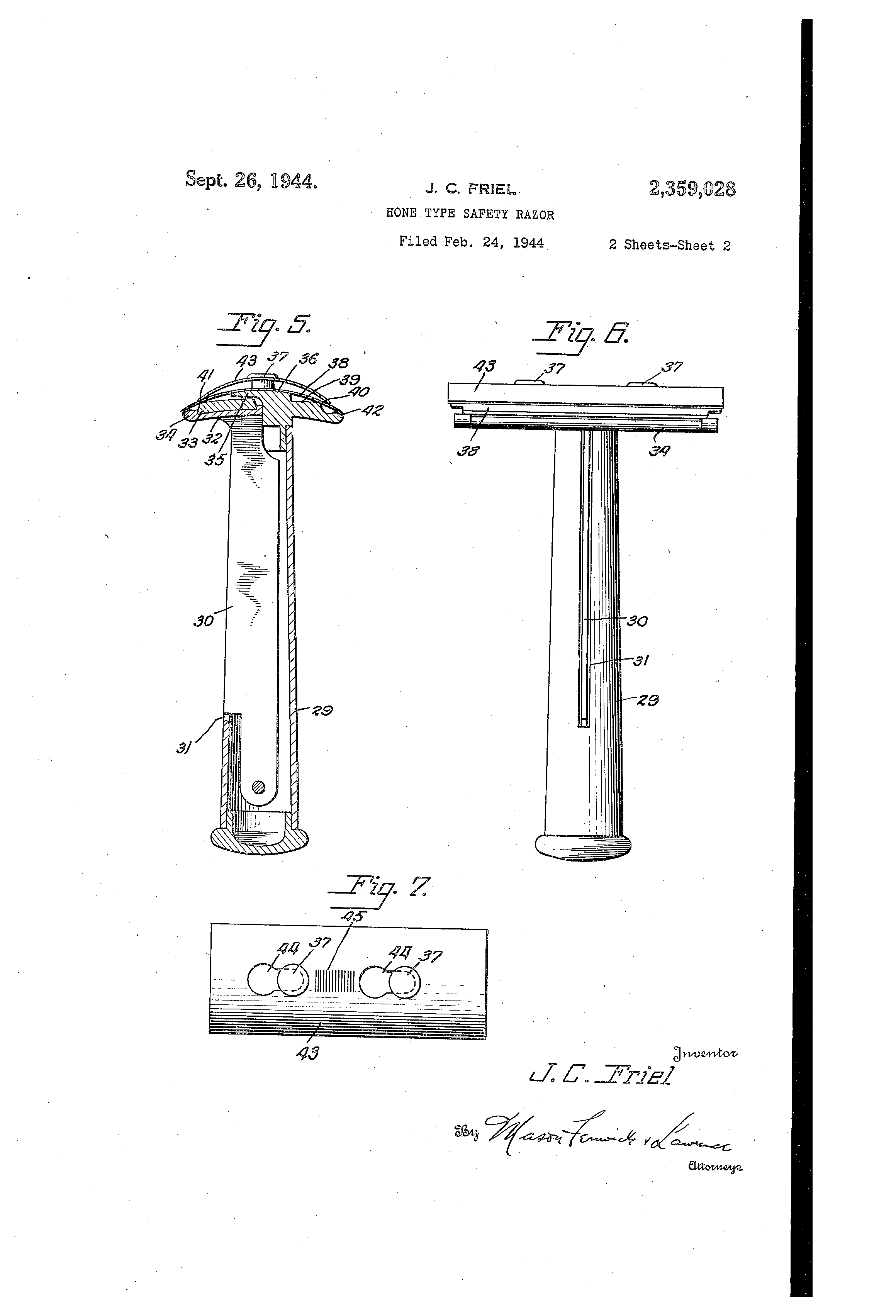 I’m not sure how well the Shake Sharp sold in it’s heyday – it was only in production for about a decade – but since it died off it is clear that the shavers of the day preferred a simpler, cheaper razor at the cost of using more blades. Which funnily enough is just what King Gillette hoped for when he came up with the idea of selling the razors cheap and make his profit on blades, and just what the big multinationals are doing with cartridge razors to this day. The more things change and so on I guess…