Since roughly the time we came down from the trees, humans have been worried about how other people see them – in short, how well groomed we are. And while the standards we been holding each other to in regards to hair care and general hygiene have fluctuated over the ages, it seems that the desire men have to scrape the beard off is timeless.

Perhaps it has to do with perceived status – by taking the time to trim your beard you showed everyone who saw you that you had an excess off time; which presumably translated into having an excess of resources in general. And since fashions spread quickly, soon everyone was wanting to take their beard off – creating a market for clam shells, finely made obsidian blades and some time later metal blades made expressly for dragging across downy cheeks. 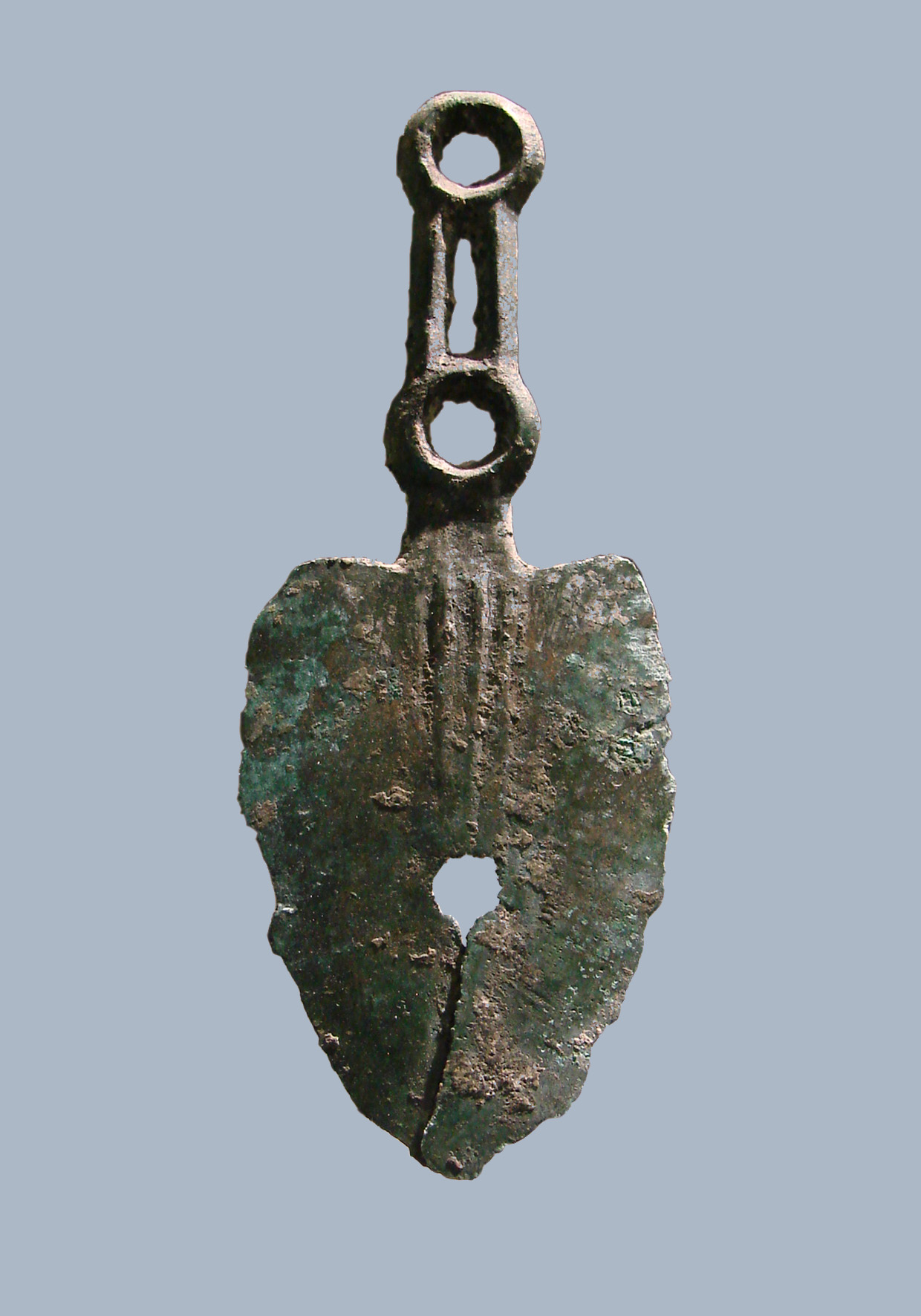 Presumably the first metal razors were status objects by themselves; it seems several of them had holes so they could hang on a string or necklace. The proles still probably used flint blades or went unshaven… possible either complaining loudly or claiming just as loudly that the ones who could afford to shave were a bunch of pansies. Human nature change very little…
Later, as razors got more common they also got more utilitarian. If everyone own s one there is no need to flaunt the fact, so it seems to me that razors got reduced to the bare essentials; a half moon shaped blade:

A more utilitarian bronze razor (and nail trimmer) from the Hallstatt culture.

Or more fancy axe shaped ones – like this ancient Egyptian razor from the Harageh tomb 661, dating to the First Intermediate Period – approx 2181 to 2055 BC

How about a Scandivian bronze razor from the 2 century BC – the depicted ship on it a clear predecessor to the Viking longships?
As metallurgy progressed we got the steel razors, then the cut throat razor and finally the modern safety razor… but I still can’t help to wonder what it would be to pick up an bronze instrument like one of these to get the stubble of my face.
I wonder if anyone sells working replicas… ?
This post contains pictures from Wikipedia and other online sources.