Shaving mugs comes in all shapes and sizes, from a re-purposed plastic cup to intricate scuttles… but in this day and age you don’t often see something as complicated as the useful improvement in shaving cups that was patented by Andrew J. Fuer and Walter C. Knaus in late 1873.
It has to be remembered that this was well before hot water taps were a common fixture… I mean, as far as I know even having running water inside would be on the bleeding edge of technology, and keeping your lather warm must been a lot harder back then.
A scuttle that was simple in construction and convenient to use must have been seen as a gift from the heavens for the serious shaver, and looking through the patent shows a design that at the very least fulfils the first of those two things;

A fairly straight forward and easy to understand description, especially for a patent. And if that was hard to follow, the drawing is also a model of clarity compared to some other patents I’ve had a look at lately. 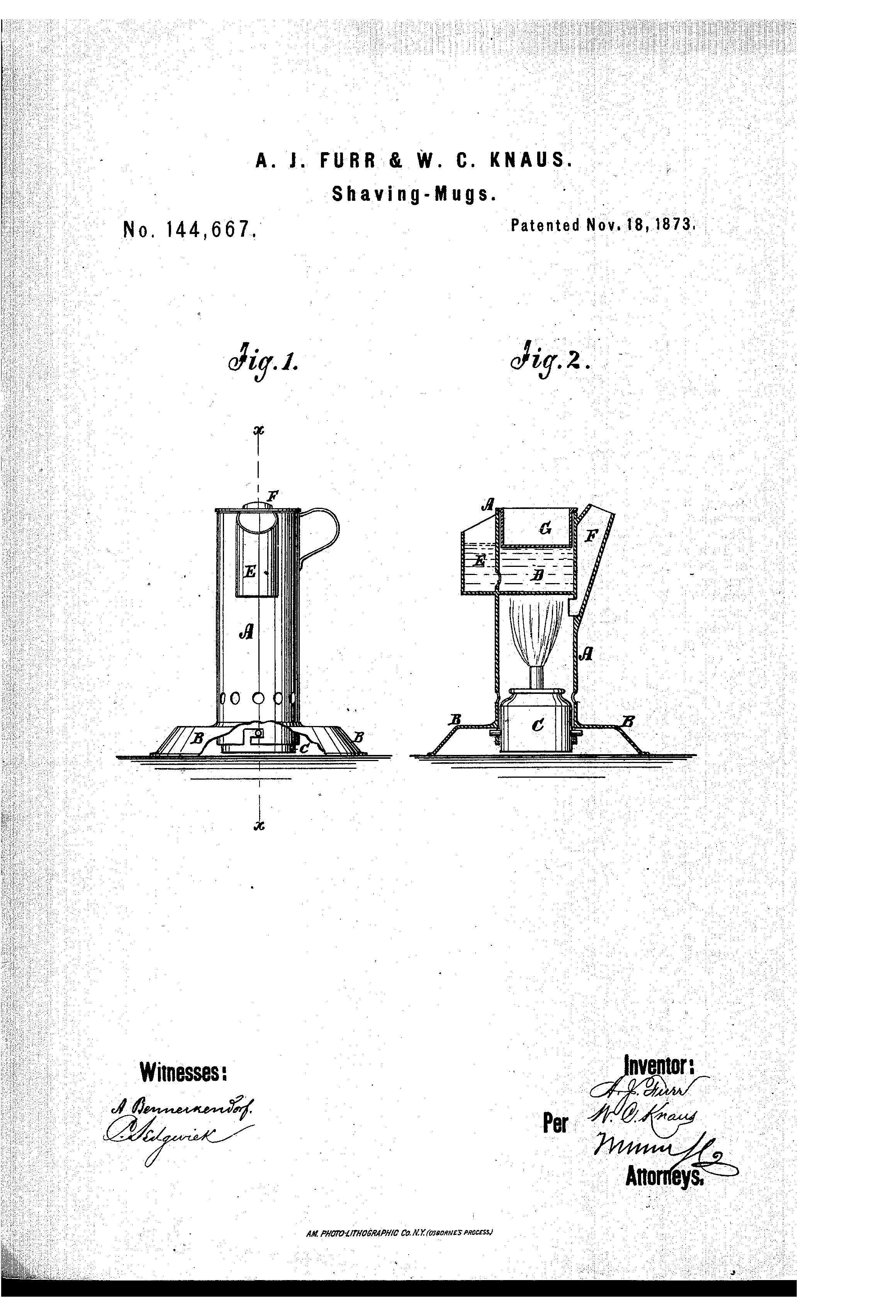 There are a couple features of this patent that shows me that Mr Fuer and Mr Knaus at the very least had thought thigns through before applying for the patent: The bayonet-lock that makes sure the heat source stays in place, and the wide base that prevents the improved shaving mug from falling over spilling hot water and possible being a fire risk.
The only downside I see with this patent in light of when it was applied for and granted is the fact that the burner will heat up your bathroom, summer and winter – a small price to pay for hot lather.
I have no idea if this improved shaving mug ever went into production… it would be a shame if it wasn’t put on the market.

2 thoughts on “Improvement in shaving-mugs”