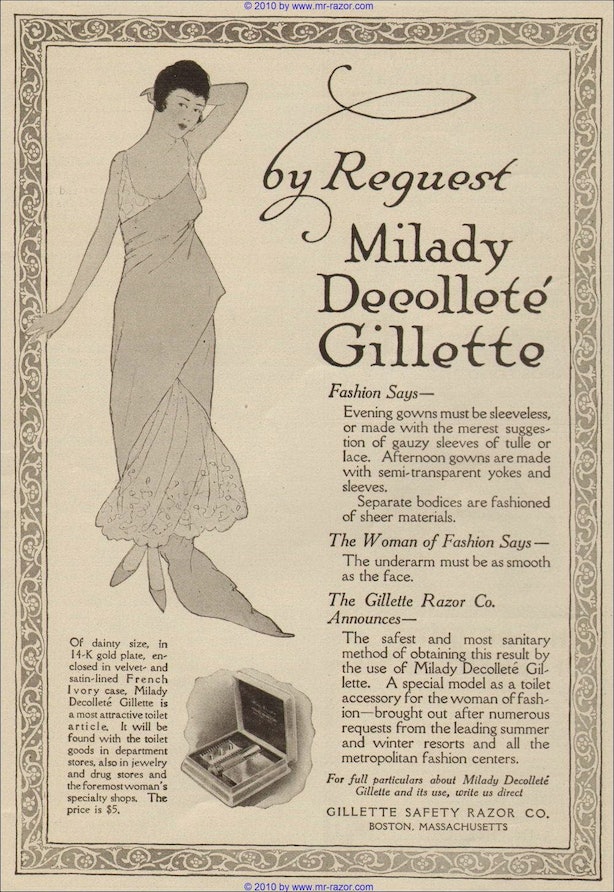 Safety razor companies realised early on that by only marketing to men, they shut themselves out from about half the potential market – after all; if they could also sell to the ladies, they could sell at least two razors to every household.
However… shaving was seen as a masculine activity. In order to appear more ladylike, King Gillette’s  early advertisements for women did not to use the word ‘shaving’ but the word ‘smoothing’ instead. ‘Shaving’ was an activity men engaged in; ‘smoothing’ was more feminine.