Back in the day the words “electricity” and “magnetism” carried much the same meaning as “quantum” do today; something modern and futuristic. So when A L Silberstein’s firm came up with a straight razor in 1905 or thereabout which was tempered using electrical heat instead of gas or coal… off course they were going to slap a modern name of it. Say hello to the Carbo-Magnetic Razor! 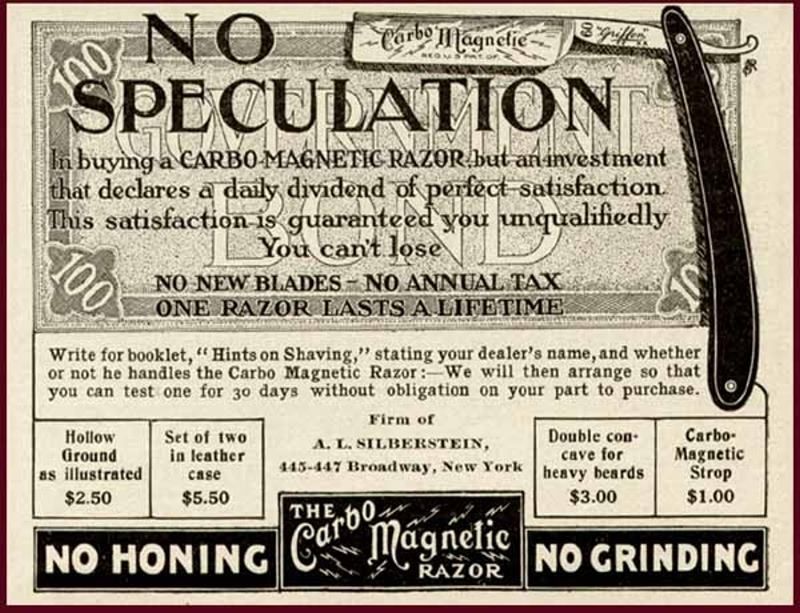 I also found a few modern photos of the Carbo-Magnetic Razor; the etching on the blade is quite stunning.