The Gillette Toggle is one of the more mechanically interesting razors out there… by moving a lever – the “toggle” that gives the razor it’s name – one way or the other the razor head will either open fully to let a user replace a blade, or just a smidgen to let a user rinse the blade.

The mechanism behind the Toggle was patented in 1957, and the patent itself makes for pretty interesting reading. Several springs have to be tuned to work in harmony, and making it adjustable increases the complexity further. I mean, just have a look: 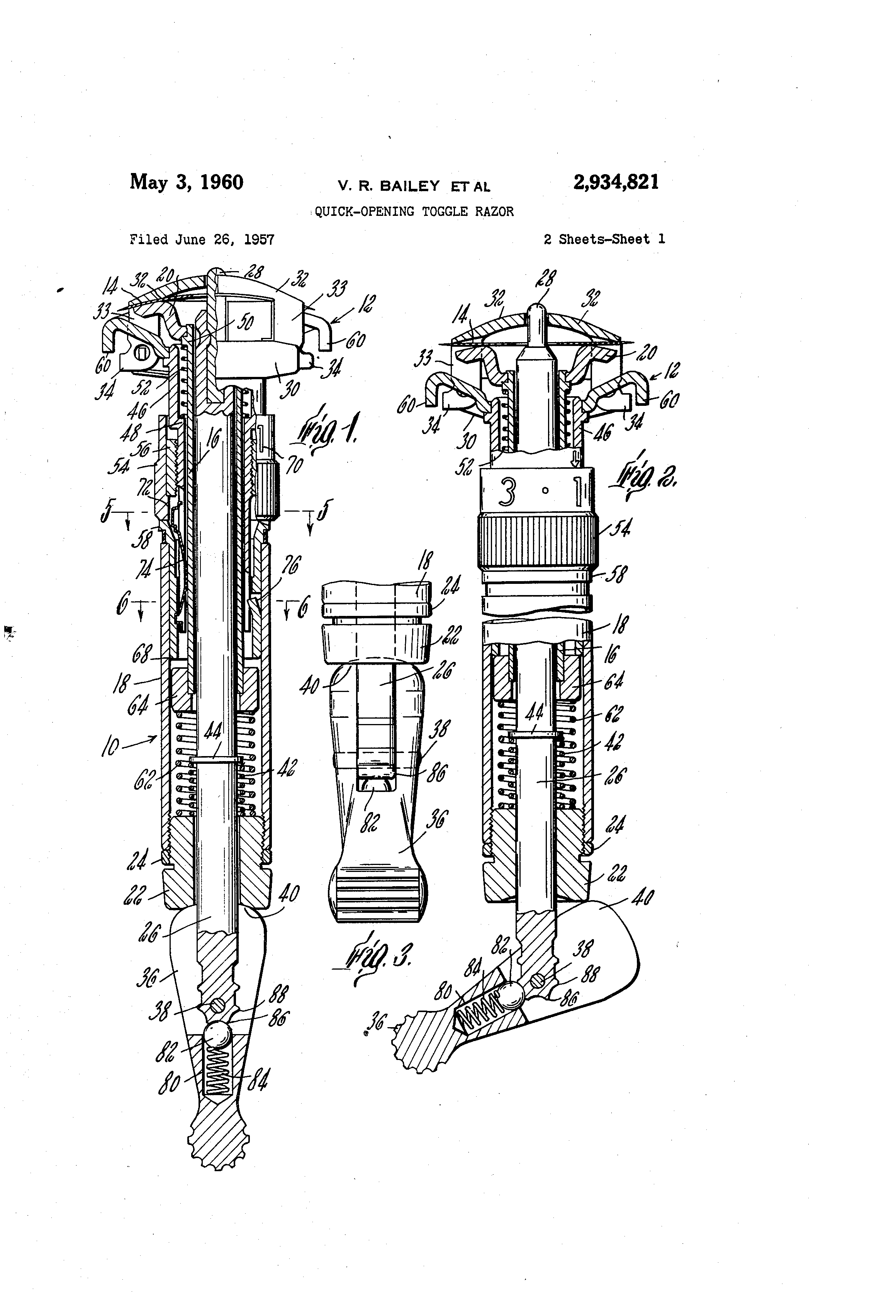 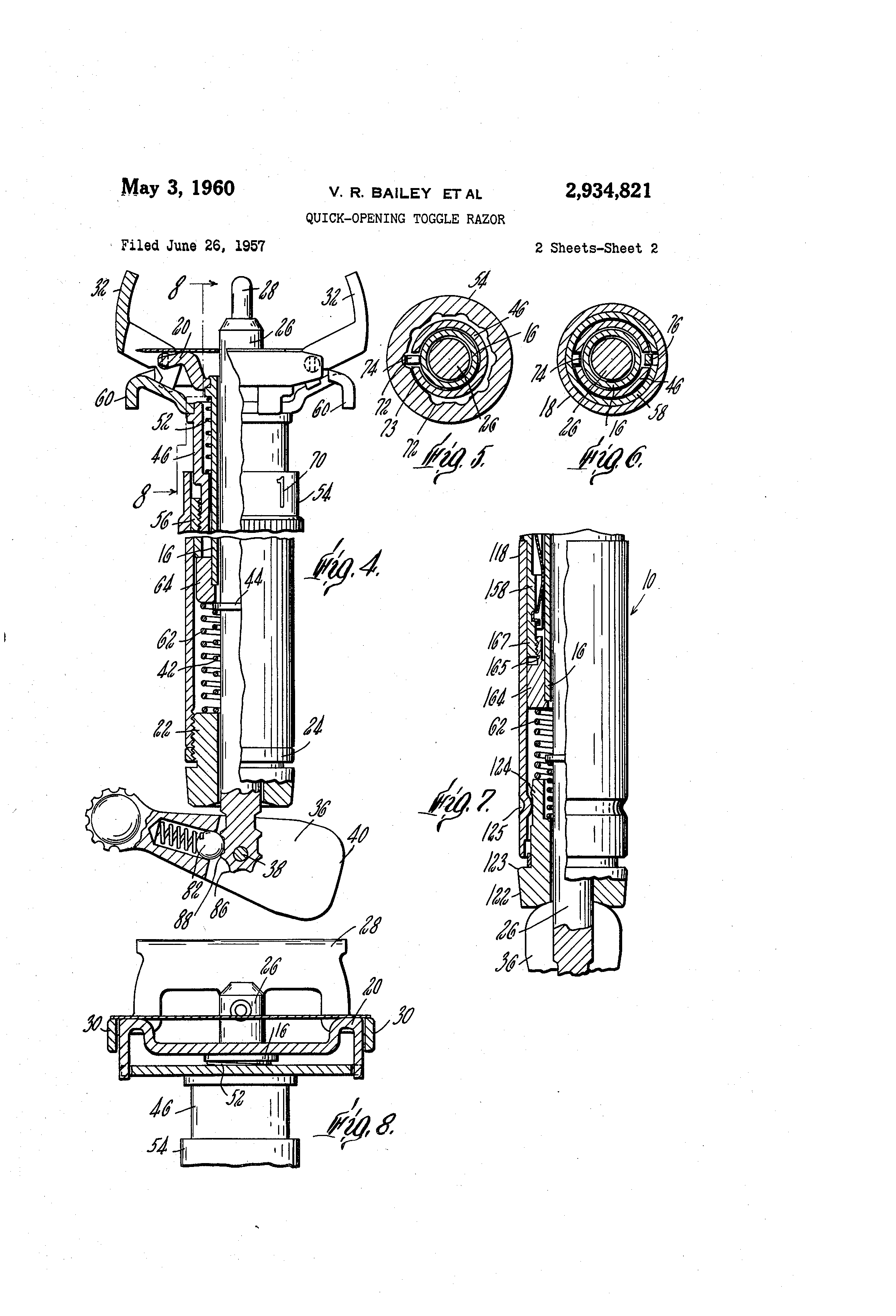 Now compare that to a traditional three piece or even twist-to-open razor… and you understand why the Toggle wasn’t a cheap razor when it was introduced. Now, the Toggle as manufactured wasn’t identical to the patent – changes was likely made to improve ease of manufacture – but it was still a complicated razor as the following drawings show:

If the drawings are a little hard to read, well, I found an image of a disassembled Toggle:

A large spring that – I guess – controls the adjusting razor head, and a smaller one that seems to control the toggle. Or it might be the other way around – this is a razor that makes my head spin a bit. It’s also worth noting all the bushings and washers that allow bits to rotate and slide in relation to each other… this is a razor that will not take kindly to gunk in the mechanism.
As far as I know – or knew, rather – the complexity of the Toggle meant that no one tried to copy it or make a direct competitor. So imagine my surprise and mechanical interest when I stumbled over a thread on my favorite shave forum that pointed me towards Janus Razors; a small scale operation bent on recreating the Toggle.
As far as I can tell it’s not a straight copy, but rather a reimagining of the Toggle adapted for modern materials and manufacture technologies… I’m probably not far of the mark when I’m guessing CNC-machining and investment castings, both technologies that were close to science fiction when the original Toggle was designed.
I’ve found a few images of what I believe is prototypes or preproduction samples: 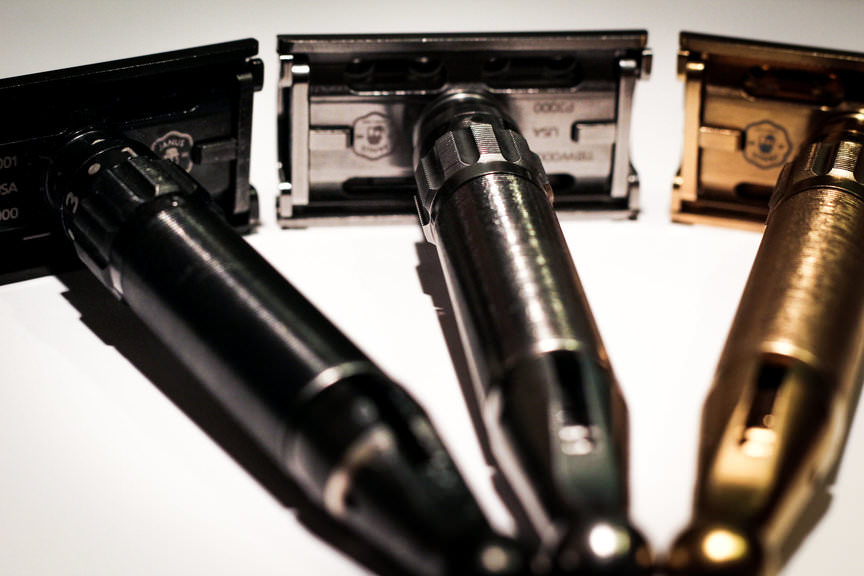 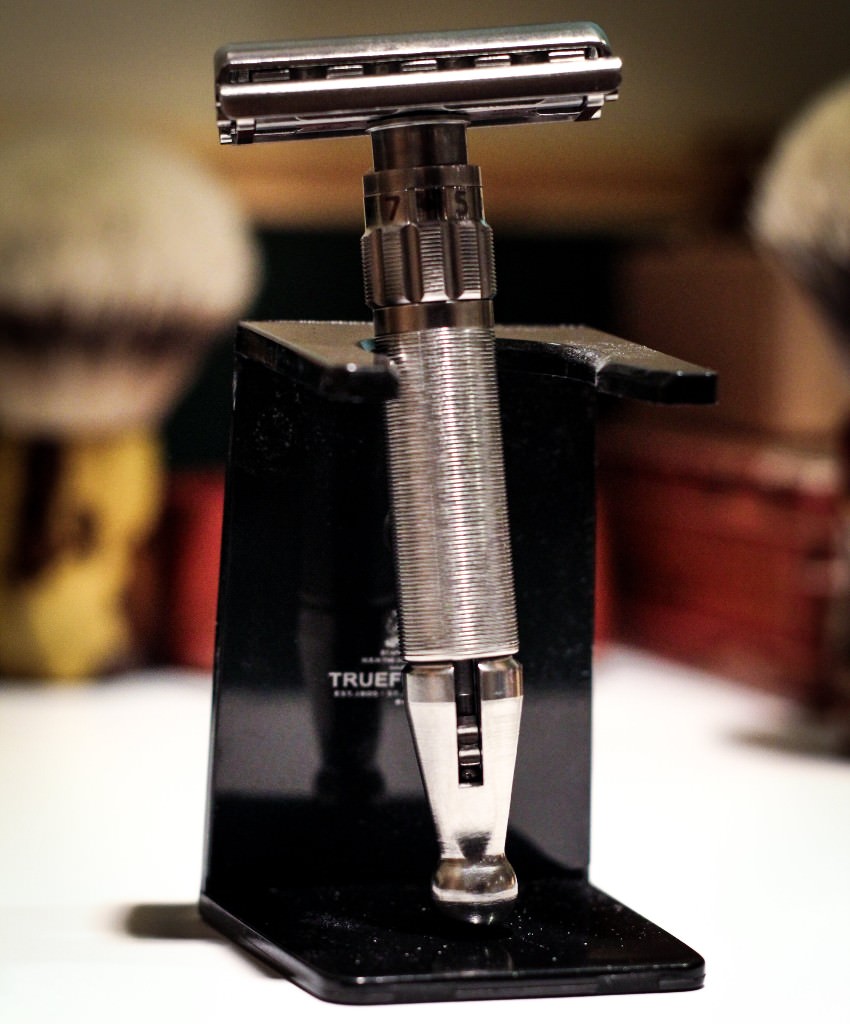 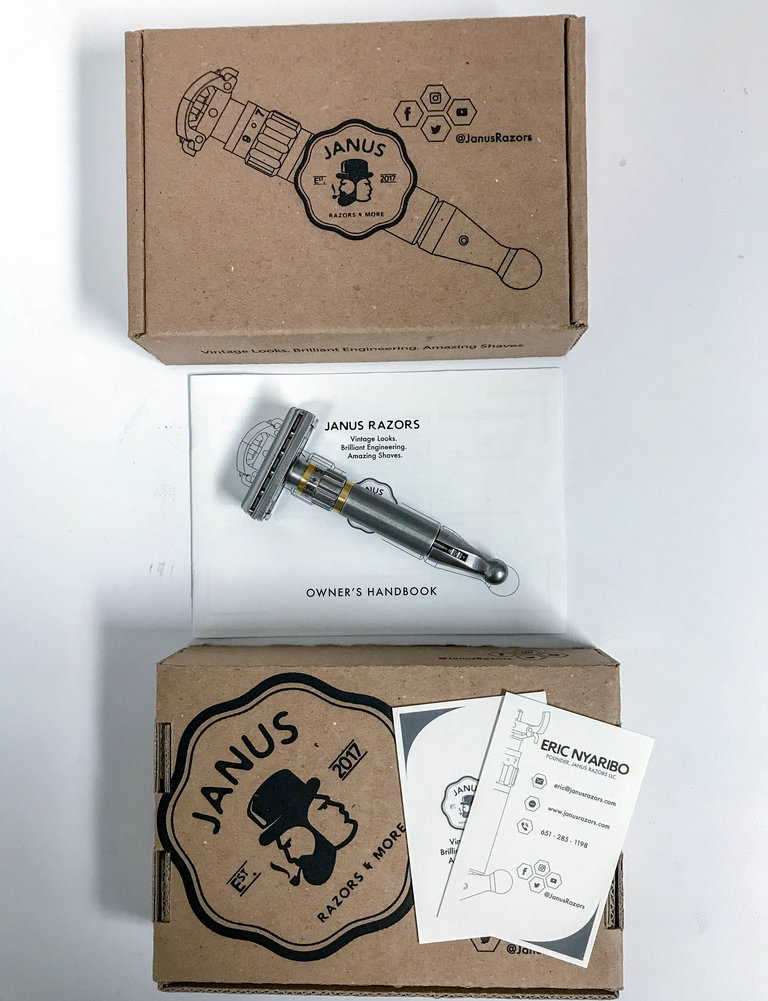 While I don’t think I’ll get a Janus Toggle myself – limited budget, already have a fairly nice collection of razors in my rotation, and so on – but I’m tickled by the fact that someone is diving into the deep end of mechanically complicated razors and are trying to recreate the Gillette Toggle.