Digging trough old patents can be a lot of fun… and somewhat scary at times; where they f-ing insane???

Lester E Norquist patented a solution to dark bathrooms in 1921 – by patenting:

a light in the form of a lamp that is adjustably and removably attached to the razor-blade holder in a position to illuminate the face when shaving.

Only one problem with that idea… he suggested using an incandescent bulb hooked up to the mains and then wrapped in a narrow tube of glass and metal. 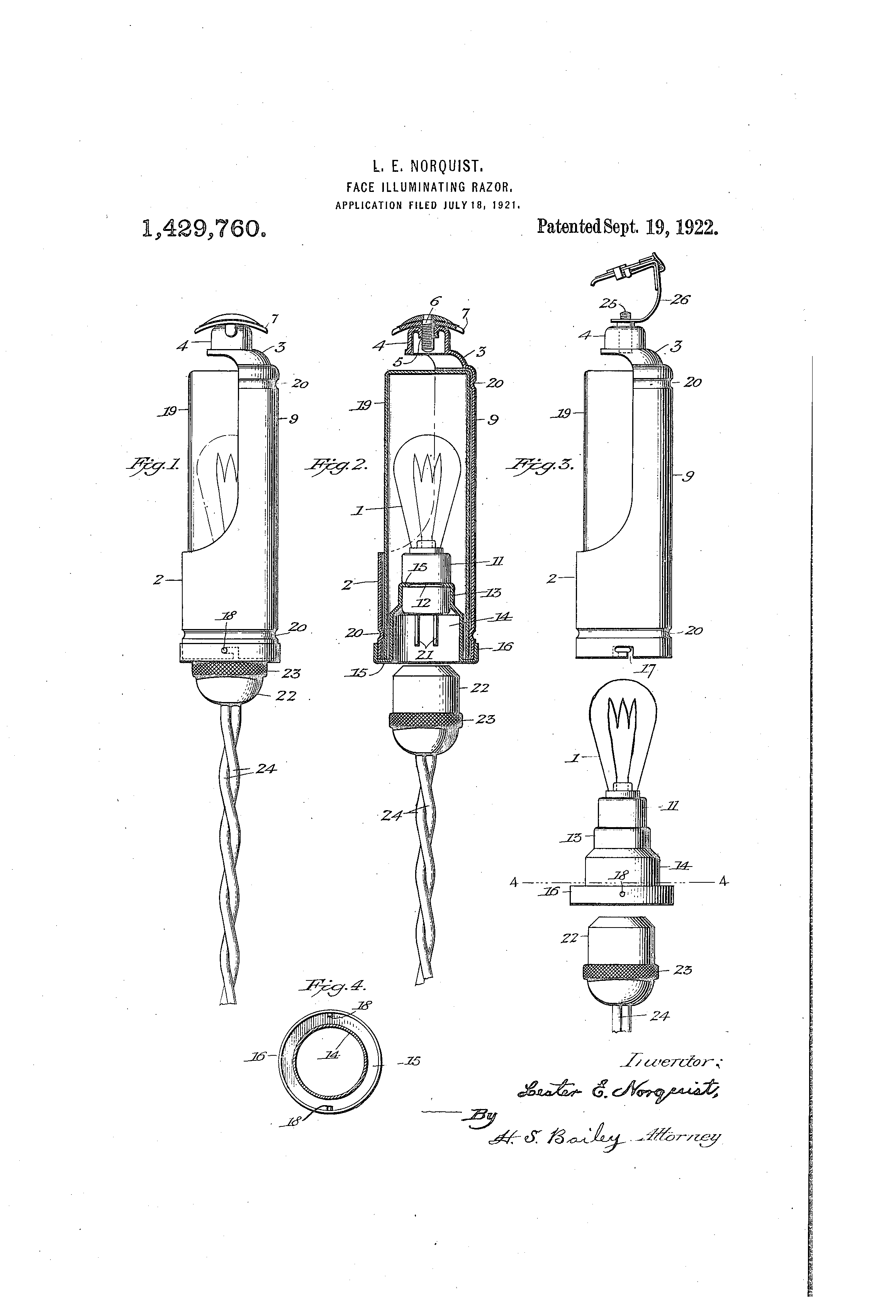 To further qoute the patent application:

A completely operative face illuminating razor is provided for each user, which means that the handle and its reflecting hood are attached to a safety razor holder with a razor blade in it, and the sleeve and the glass cylinder and the socket with the electric lamp are in operative position within his beard.

A 40W bulb can bake a cake – a tungsten bulb in that watt-range is about 2% efficient, meaning that of the 40W you put in, 39.2W is radiated as heat. An incandescent bulb can easily reach 175°C (350°F), and neither glass nor metal insulate very well against temperatures like that. 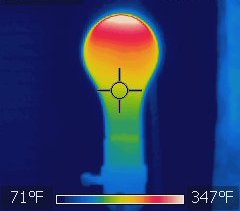 See that thermal image? Now imagine wrapping your hand around that…

I do realise that Lester could have used a bulb with a lower wattage – but those are even less efficient. They will get just as hot; it’ll just take longer… and in the mean time it’ll cast less light towards the face being shaved.

The final nail in the coffin of this patent is the sheer thickness of the handle… even the Stahly Live Blade is slim in comparison. The sad fact is that Lester just was years ahead of his time; today we can easily put a LED-light and battery in a razor handle to light up the area we’re shaving if we so desire, without the bulk, heat and wireing that Lester E Norquist had to make do with.