From time to time I have fun looking through old patents… it is admitedly an odd intererst, but the ingeuity of people never fails to amuse and amaze me.

Today I found a patent for a disposable razor from 1945 – quite possible one of the earliest patents for a disposable – and the resons that Mr Albert D Brown gave for coming up with the idea is quite valid even today: 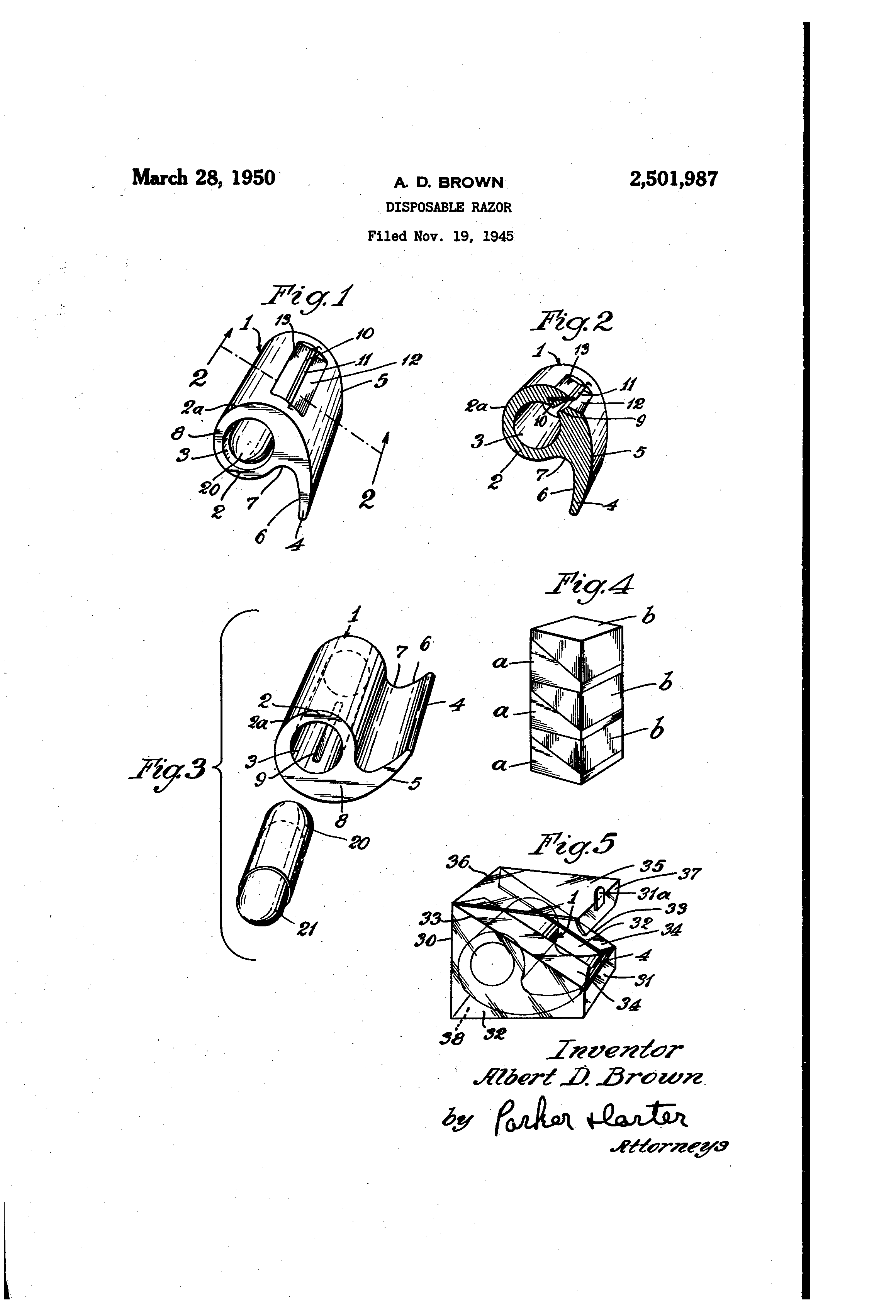 While the shape Mr Brown came up with perhaps isn’t the most ergonomic of shapes for a razor, I do like the way he carried a small tube of brushless cream inside the handle.
Mr Brown also went a step further than just designing the razor though; he also planned for and patented how to pack, ship, and display in shops his new invention – as well as giving a detailed explanation on the use of his disposable razor:

The abovedescribed container is so proportioned that it can be stacked in pairs, each pair forming together a rectangular body as shown at small a, small b of Fig. 4. As many pairs as desired, arranged to form such rectangular bodies, may be stacked or packaged in a large container. In Fig. 4 I illustrate six containers arranged in three pairs, which, after being stacked or assembled, may be packaged or handled as a larger unit Also they may be loosely stacked, as shown in Fig. 4, for handy disposition in a show case or on a counter.

The inside curved surface 6, 1 provides an efficient resting place for the second joint of the second finger, the thumb and index finger, grasping the ends of the body I. For shaving the upper lip downwardly the handle portion 4 of the body may be grasped with the thumb on the convex side and the index and second finger on the concave side. For shaving upwardly the shaver body is inverted and theindex finger is placed on the concave curved portion 6, I with the thumb and second finger grasping the ends of the body. Thus, I have provided a simple, small, compact shaving body which is adapted for shaving in a variety of directions…