In the parade of crackpots, I present to you the patent ““, being a “simple and effective means for producing or maintaining a good magnetic influence” from 1927 by John S Forber.

Ooookay. The OCR on the google patent is pretty bad, but I’m assuming it’s the same crank idea that placing your razor blade in a magnatic field will magically either sharpen it or keep it from getting dull. 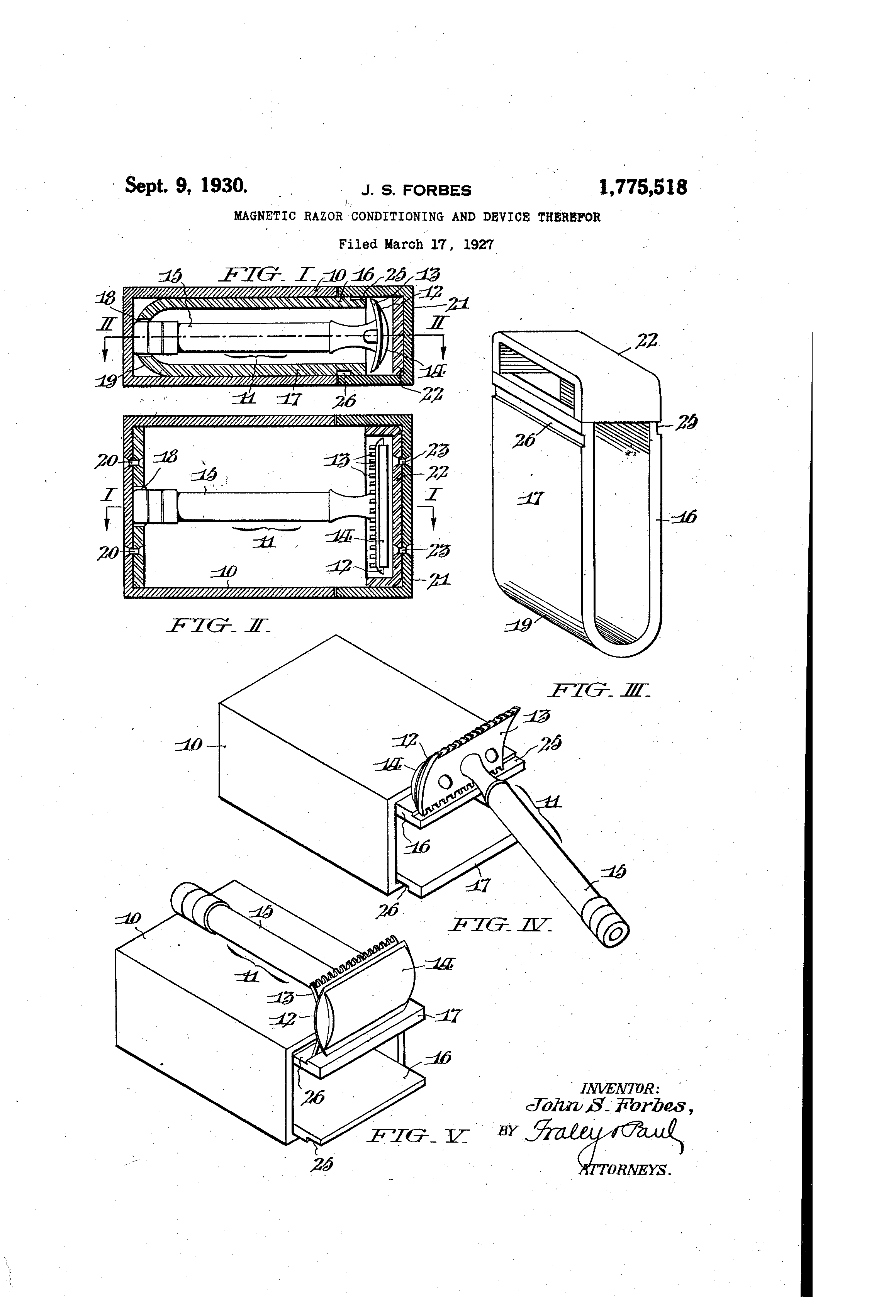 It is kind of funny how Mr Forber made sure to explain in his patent that a razor is made up of:

I almost wondr if Mr Forber believed that his device worked best for Open Comb razors… which makes sence if you know a little about magnetic fields, but not enough to grasp that magnets don’t sharpen blades.

The notches on either side of the main magnets seems to be intended to either ‘demaginitise’ the blade, or allow the blade to rest in closer contact with the magnet, or possible both. As mentioned the patent obviously didn’t OCR well, and the parts of the description I can make out is – as often is the case – verbose yet confusing.