Judging by some posts on the shaving forums, the absolutely worst thing that can happen to a brush is the development of a cavity in the middle – some even referring to it as a wound in the knot. What if I told you that someone not only though the cavity to be a good thing, but managed to secure a patent on a brush with such a gaping wound?

Enter Earl D Snodderly, whom in 1965 filed a patent for his “foam shave applier”. Most inventions are dreamed up to fill a need – imaginary or not – and the foam shave applier should simplify the operation of applying lather and the brushing action. To quote the word salad from the patent itself:

The present invention relates to foam shave applier and has for an object to provide a shaving brush in conjunction with an attachment therefore by which a suitable cavity is formed in the bristle body opening through an end of the brush for the purpose of receiving shaving cream or the like whereby the operations of applying lather and the like to the face of the shaver and the brushing action by which the lather is worked into the skin are simplified and combined in a single action which will economize time and facilitate the action of working the lather into the areas of the facial skin requiring shaving.

And how was this miracle of science to be achieved? By creating a cavity in the brush, with what looks almost like a roofing nail: 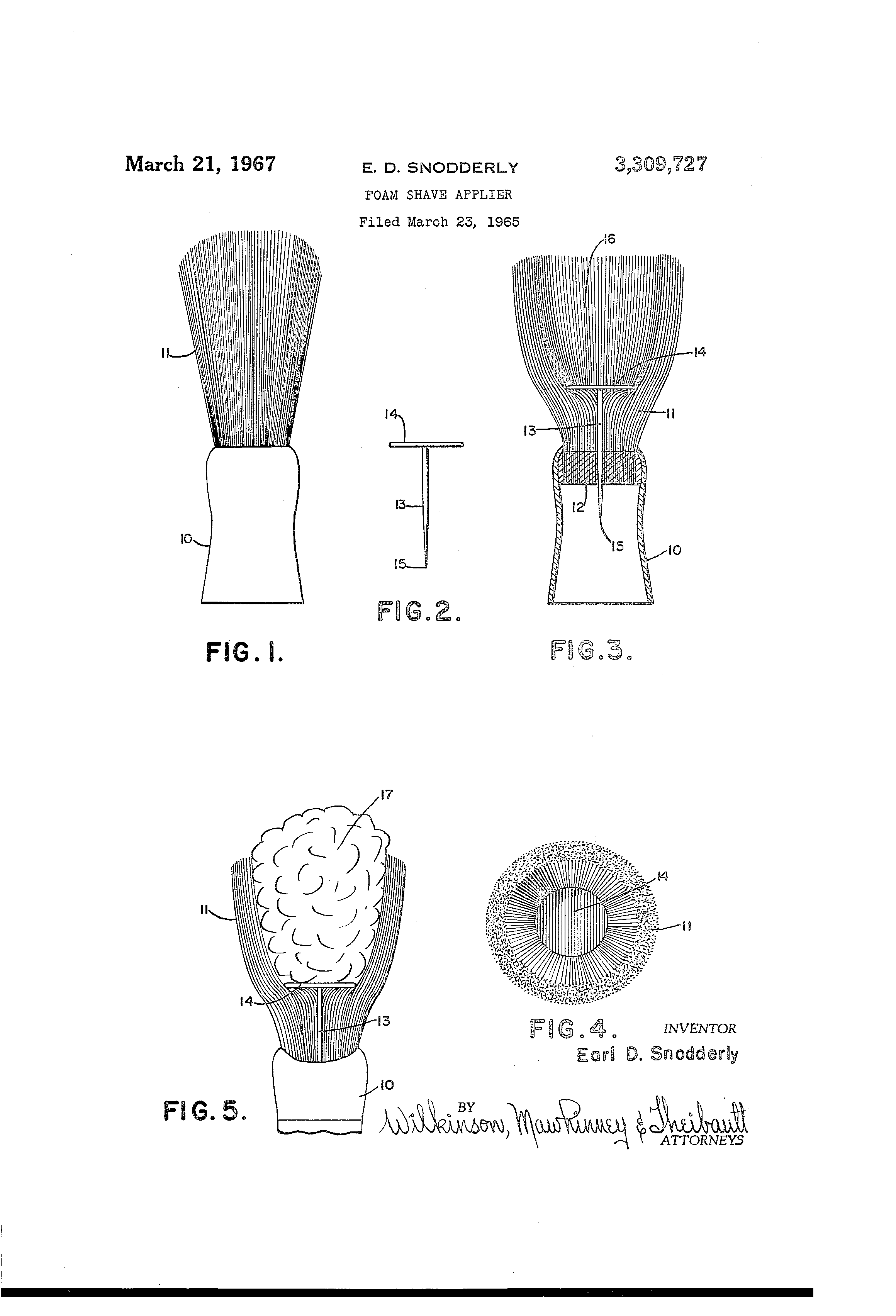 Just looking at the drawing makes my insides turn… I’m very happy this invention didn’t take off, and I’m sure my brushes are too.