While those of us who swears to the single blade (and even single edge), the obsession with having two, three, or even five blades are puzzling… but it’s not a recent idea as some might think.

One of the ones that I found was filed by Palmer Harman in ’54, and included not just an “improved” safety razor but also a novel blade construction – which probably doomed it in the market.

To quote, the razor: 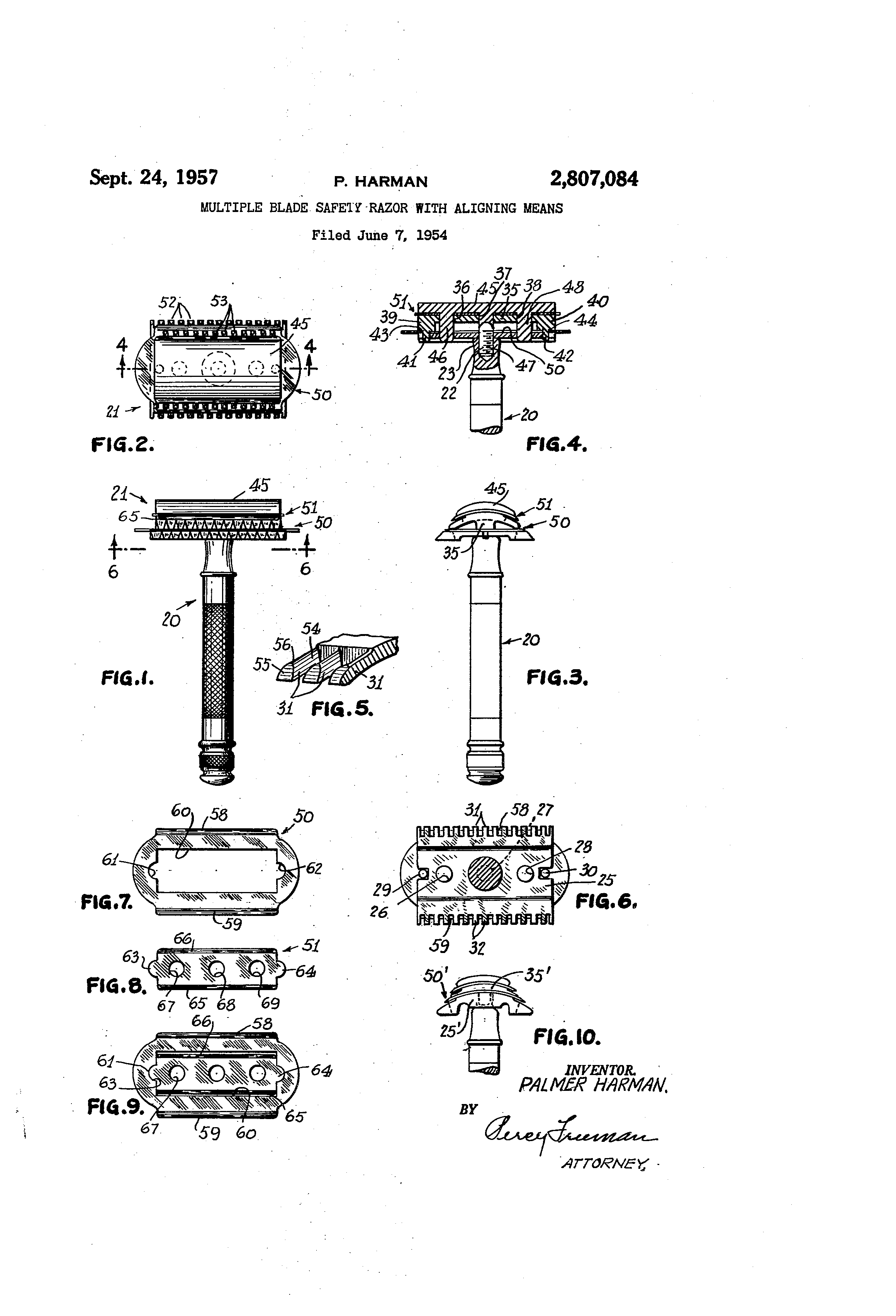 While not a new idea per see, Harman improved on it by changing the way the blades were separated – so that:

…the teeth on an adjacent pair of blade retaining plates are disposed in alternate or staggered relation so that if a hair is held depressed by the teeth of one plate and missed by the associated blade, such a hair will be guided by the teeth of the next adjacent plate into contact with the cutting edge of the blade associated with the latter plate. In this manner, assurance is provided that no hairs will be missed upon any single movement of the razor.

The main objective of the invention? Almost word by word what the big multinationals claimed when they pushed out the multi blade cartridges:

…as each blade completely cuts all the hairs in the path of razor movement, a pair of blades may be inclined at different angles relative to each other so as to effect both coarse and close shaving upon one stroke of the razor.