Hair grows all over, not just on out cheeks. Luckily for us, Valentine Heinrich applied for a patent in ’37 for a specialty razor for shaving your ears and nostrils.

Despite being described as a simple, practical and inexpensive miniature safety razor, I can find no indications that it was ever manufactured. Looking at the drawing for the patent, my guess is that it was the blade that proved it’s undoing; the curved edge is a magnitude harder to manufacture than the straight edge of a regular razor blade. 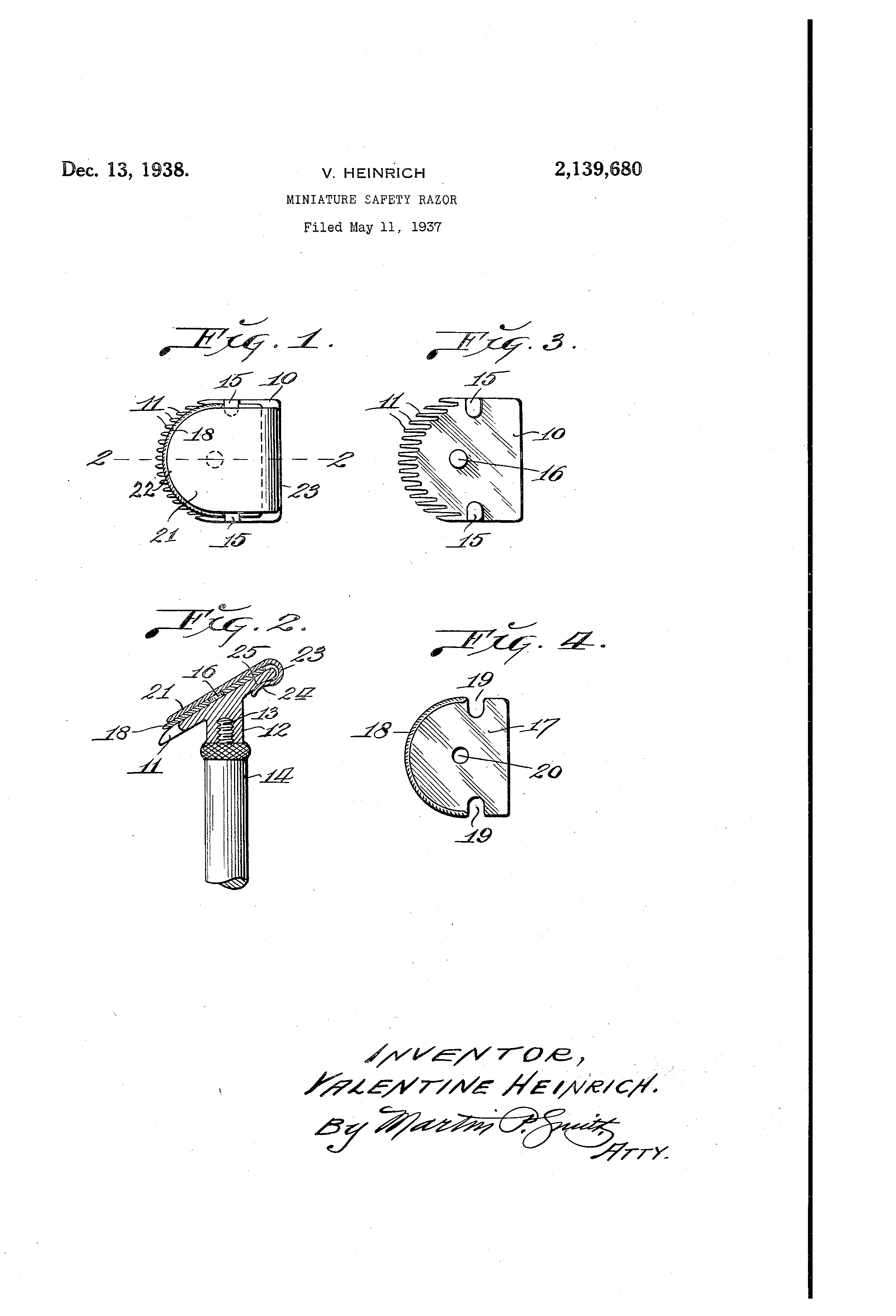 In the words of the inventor:

I claim as my invention:
A miniature safety razor comprising a handle. a plate detachably applied to. said handle and occupying a position immediately adjacent the end thereof, said plate being inclined with respect to the axis of the handle, the front lower edge of which plate is semi-circular in form and provided with substantially parallel teeth, a lug projecting upwardly from the center of the top of said plate, lugs formed on top of the plate adjacent the sides thereof, a blade removably positioned on top of said inclined plate, the sharpened edge of which blade is semi-circular in shape and overlies the teeth on said plate, said blade being provided with an aperture and notches for the reception of the lugs on the upper surface of said plate, a guard plate overlying the blade, the front edge of which guard plate is semi-circular in form and occupies a position adjacent the sharp edge o! the blade, a depending hook projecting inwardly from the rear edge of said guard plate and there being a transversely disposed groove formed in the under side of said inclined plate for the reception of the free end of said hook.