It’s amazing how much human ingenuity have gone towards creating products that makes more waste… like disposable razors. I do however acknowledge that a disposable razor can be convenient at times, especially while travelling or for freebies.

Back in ’71, a guy named Gregorio A Perez came up with an interesting single edged disposable that also carried a supply of shaving cream or gel in the handle. Or as the patent describes it:

A disposable razor in which a blade is molded therein with the edge thereof projecting from the shaving head and including a telescopic handle over a stem which is secured central of the shaving head and having a coaxial bore in the stem including a quantity of shaving cream for projection through the bore from an outlet in the razor head when the handle is manually moved over the stem. 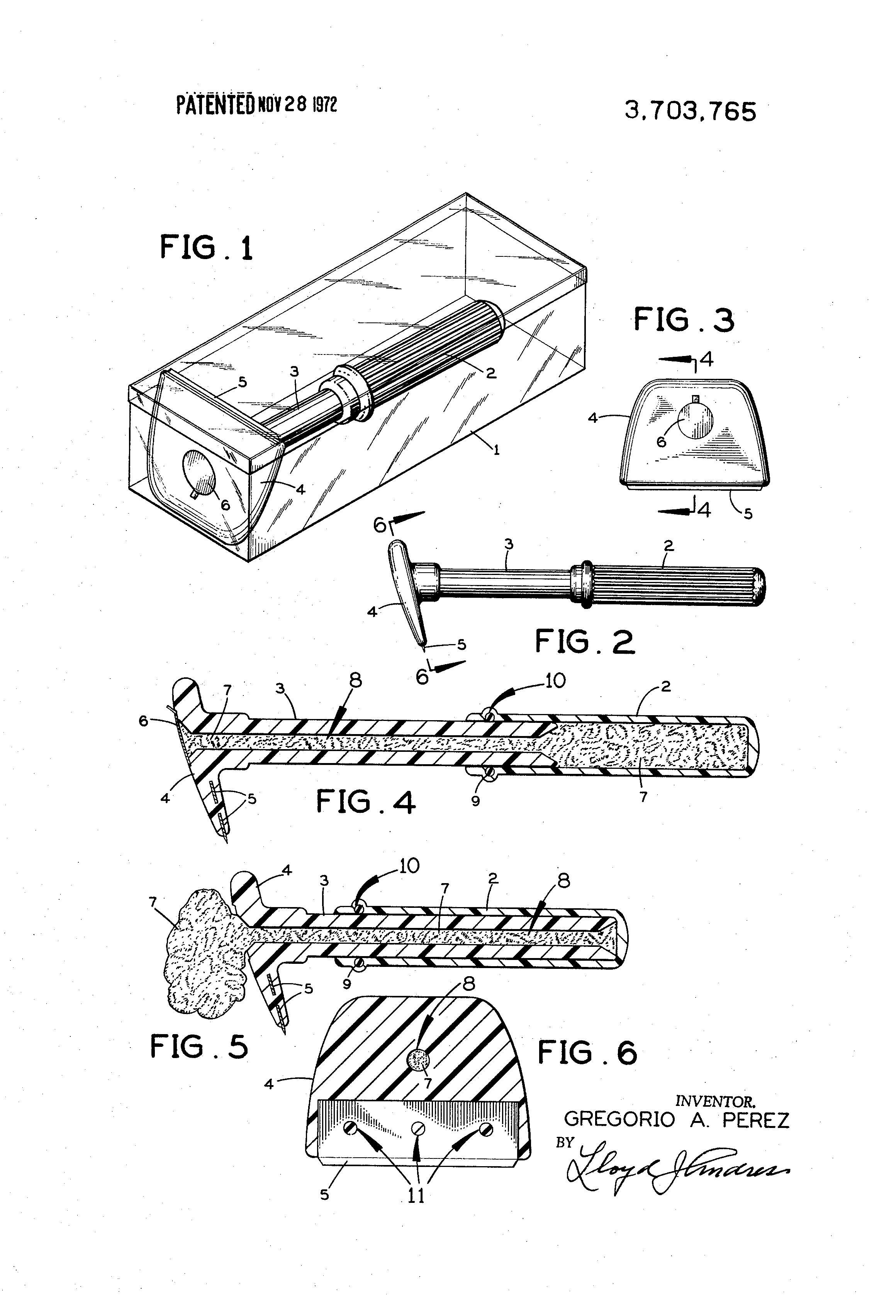 A few things that strikes me with Mr Perez’s razor;:

Reading the patent, it’s fairly clear that what Mr Perez’s though was most important was the handle with the manually telescoping action for dispensing shaving cream. Or in his own words:

…the handle is filled with a well known shaving cream which is adapted to be dispensed through a bore in the stem and through the head member when the handle is telescoped over the stem.

An interesting patent, but I don’t believe the razor was a success in the marketplace. A potential niche I can see for something like this razor in hotels and the like; a freebie on line with the tiny bottles of shampoo.