Once in a while a solution to a problem I wasn’t aware of is so brilliant I can’t understand why no one has done it already… like Doroodian-Shoja Siamak’s idea of putting a wear indicator on a disposable razor (although I can see no reason why one couldn’t put in on a cart as well).

I use a disposable once every blue moon or so – basically when I’m flying with just hand-luggage – so I have no recollection of how many times a particular disposable have been used.

In the inventors own words:

A wear indicator is located on the head or frame of a disposable razor or razor cartridge, in close proximity to the shaving edge of the blade. The wear indicator comprises a mass of material that gradually wears away as the disposable razor or cartridge is used in shaving, the amount of material wearing away being correlated with the amount of wear on the blade edge to provide a visual indication of the relative wear on the blade. Preferably, the wear indicator comprises two strips of material, one atop the other, the upper strip wearing away to reveal the contrastingly-colored lower strip. Alternatively, the material may wear away to reveal indicia or lettering on the lower strip.

Considering how many carts already have a “lubricating strip” (which, by the way, has not been shown to work as promised), this invention may be combined with it – or replacing it. 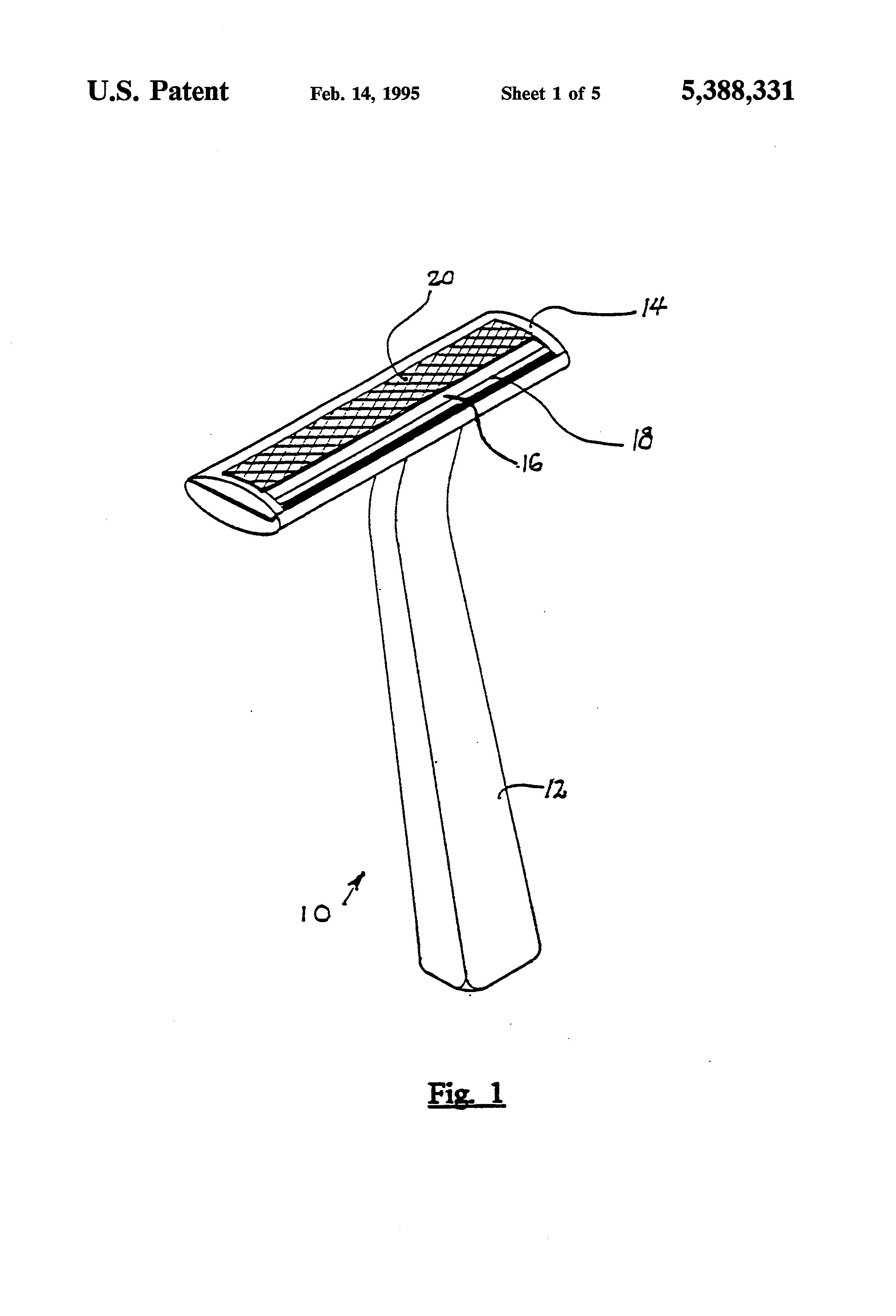 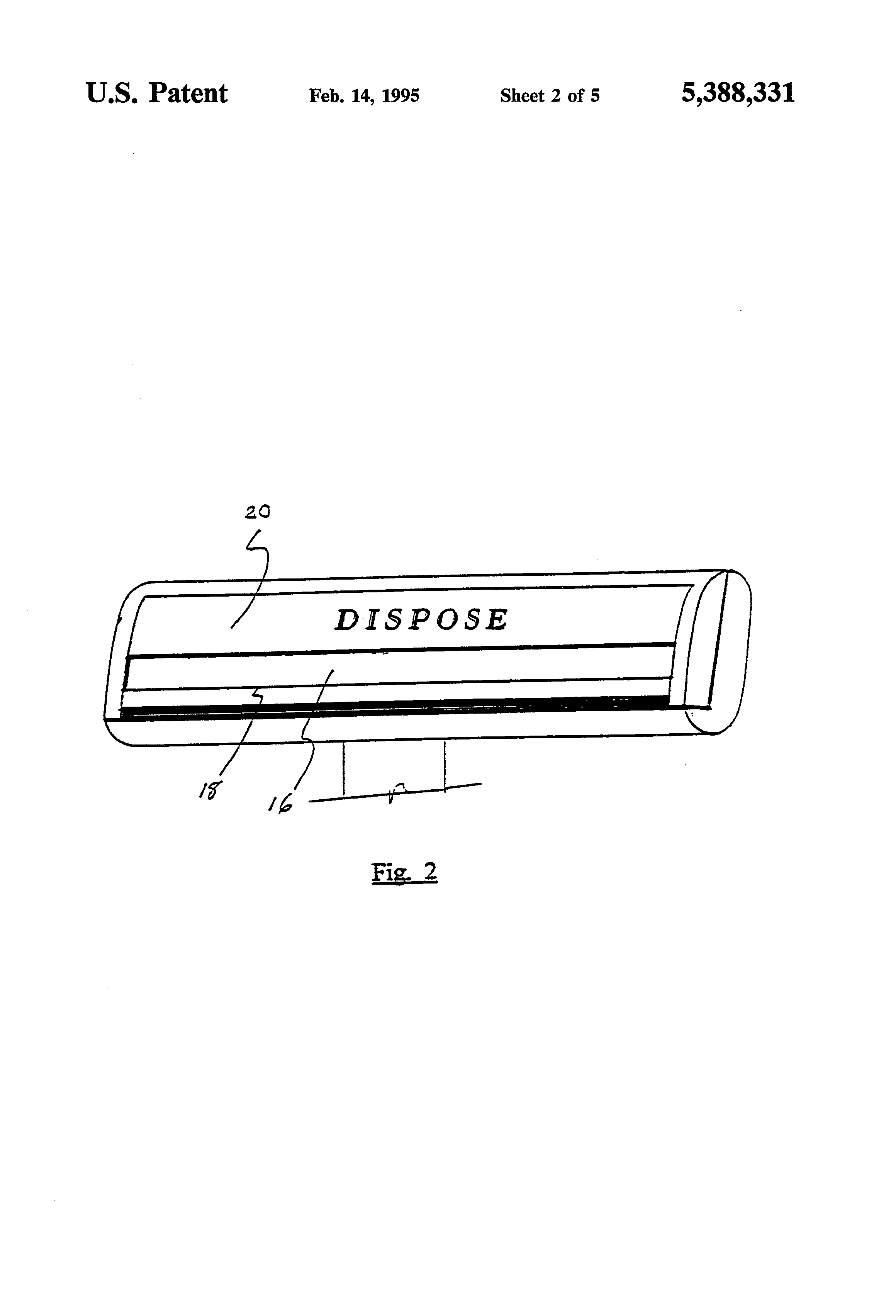 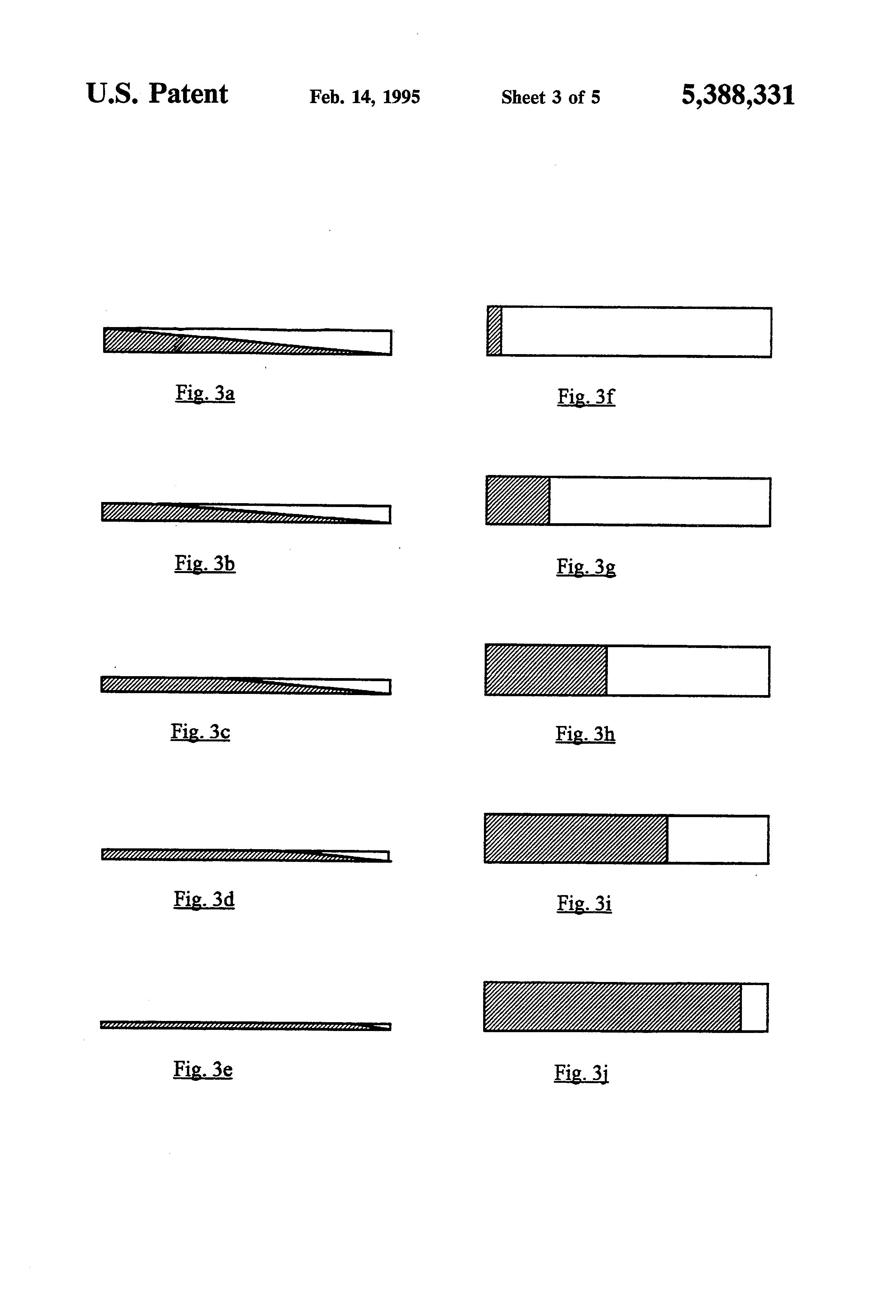 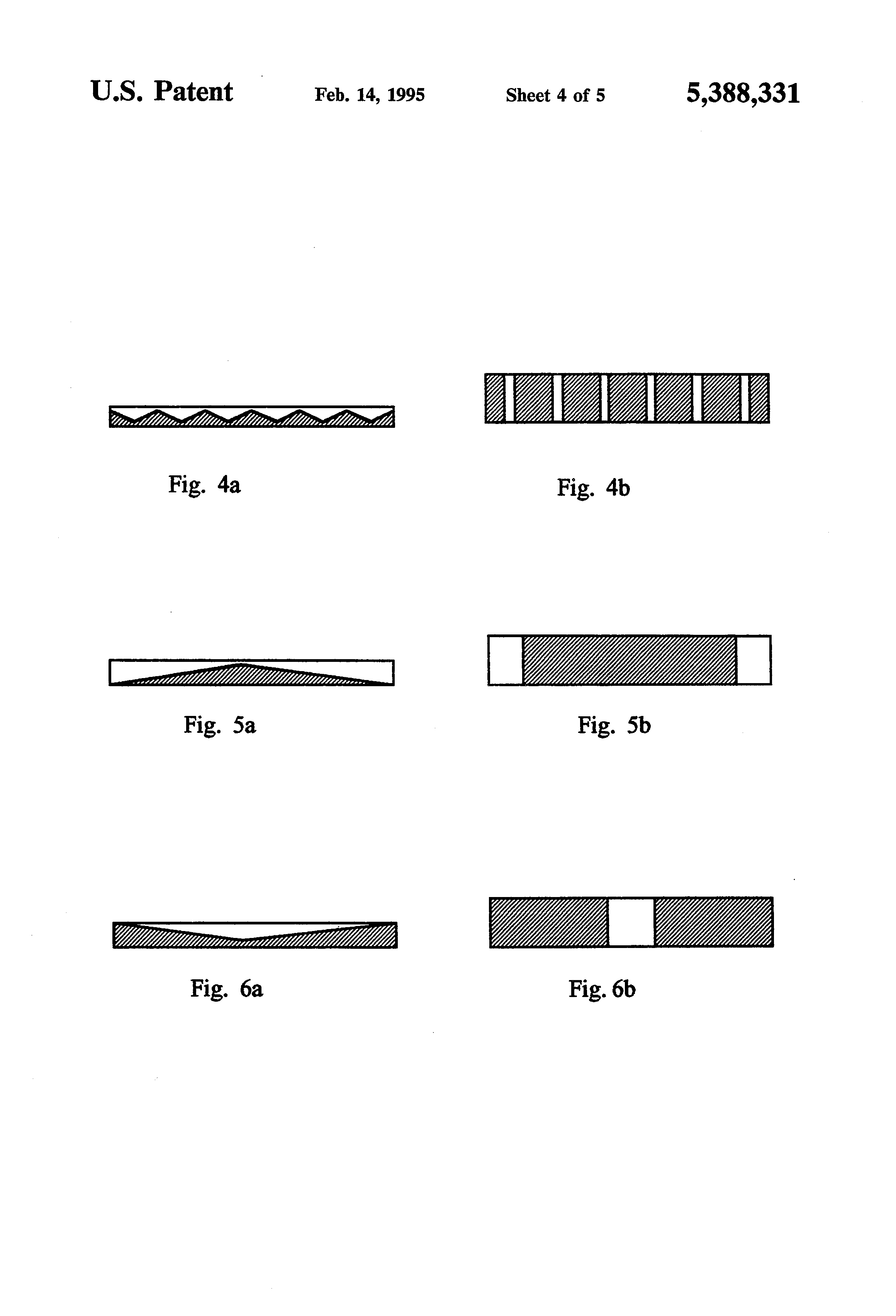 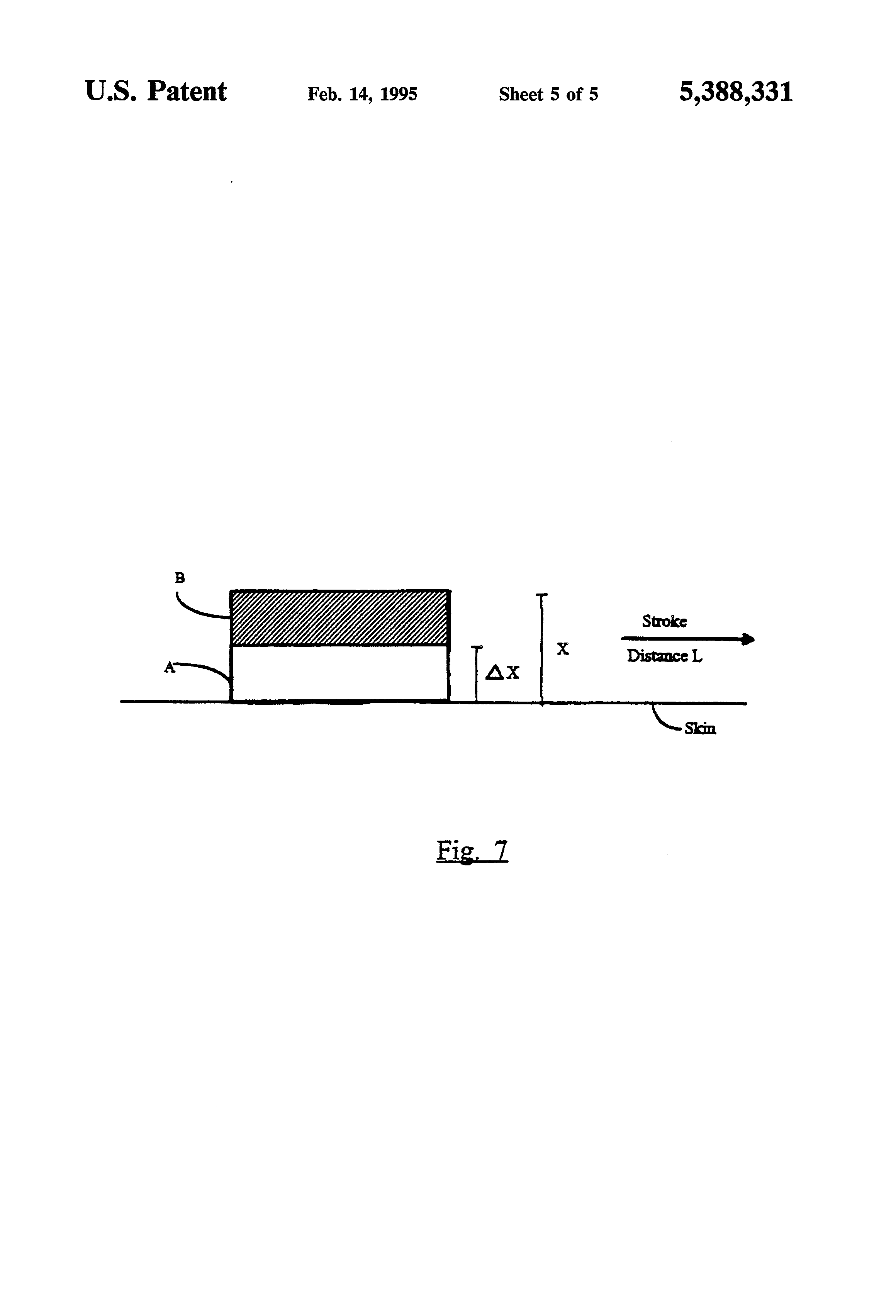 Unlike most other patents I dig up and blog about, this one is still on the books.