A while back I wrote about a disposable sanitary shaving brush made from fibrous material (horsehair or suchlike seems reasonable given the design of the brush) with a patent filed in 1917.

Mr  Edward L Corbett decided to go one better a few years later, and filed a patent for a disposable brush made out of paper… in the inventors own words:

… nor will it be possible to subsequently use the brush, even if a barber were inclined so to do.

The actual invention is simple enough according to the patent description:

After these paper brushes are so dipped and impregnated with the soap, they may be packed in small sanitary cartons and sold to the trade. To use one of these brushes, it is simply necessary to place the same ‘for a second or two in hot water, or under a hot water faucet, the water dissolving the soap and softening the paper bristles, after which the brush may be rubbed on the face to form a fine lather. ‘There will be enough soap on each brush to `furnish a sufficient lather for the heaviest beard’, and after the brush has been so used, Inasmuch as the brush is made of paper, the water will not only soften the soap, but will soften the paper, so that there will `be no scratching of the face…

It’s hard to imagine a brush made out of paper being as good as a modern brush, but it sure makes it disposable. 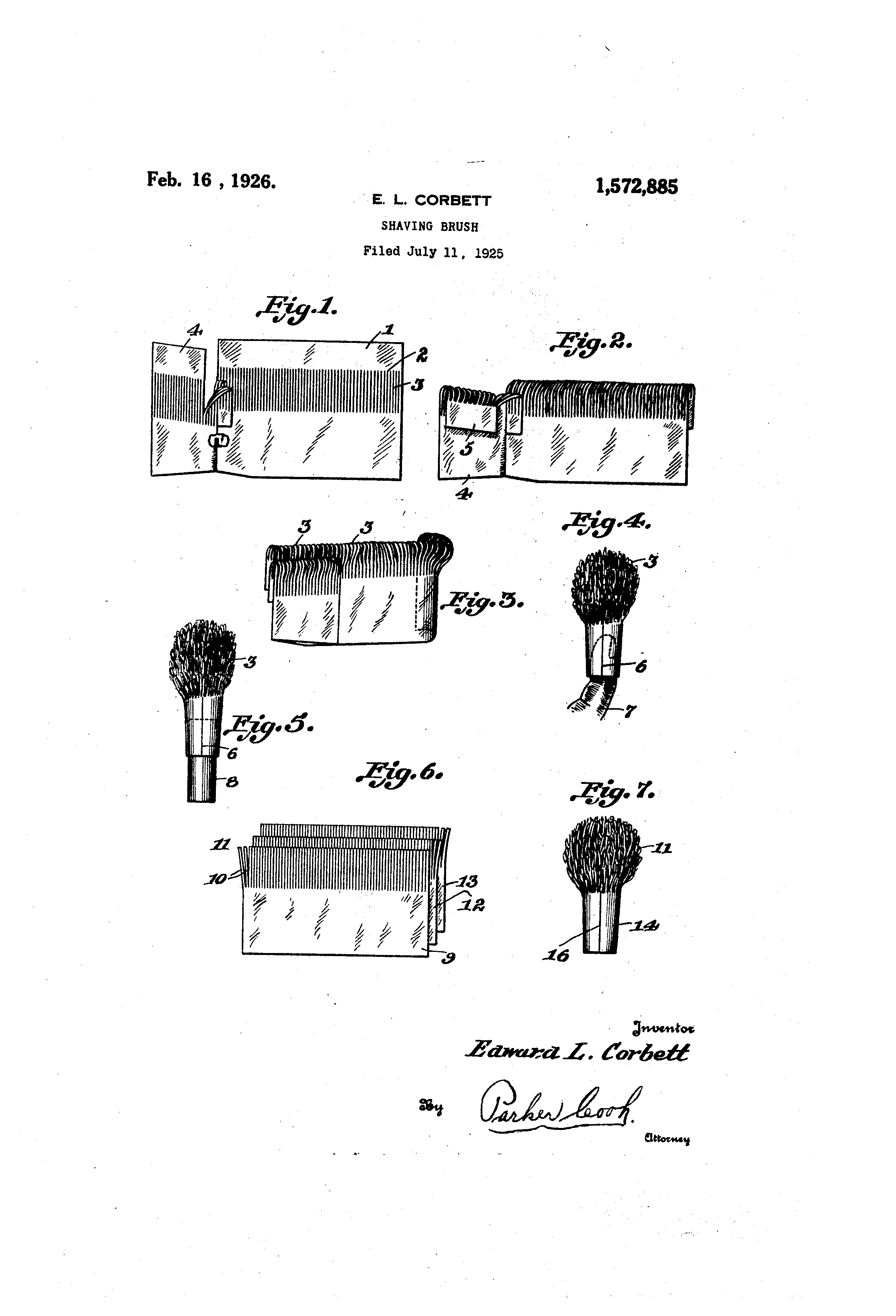