Vendor lock-in must be a razor manufacturers wet dream; once you gotten inside their walled garden, it’s too much effort / cost to get out again. Gillette had this going for them with the traditional DE safety razor, until their patents expired – which basically turned DE’s into open source shaving. Ever since they have been trying to regain it, with they (and other multinationals) have managed more-or-less with the advent of the cartridges.

However, getting to the carts was a bit of hit and miss.. the Gillette TechMatic is often considered the worst razor ever, whereas Gillette’s 1944 attempt at a four-blade cart (3/4th down the page) had some obvious problems with slicing fingers.
Still they prevailed with odd ideas, patenting several of them. Today I found a magazine razor, patent filed in 1951.

…the magazine razor of our invention includes a head containing a chamber or compartment for a blade stack and having a front wall providing a blade seat at its upper edge. A friction plate overlies the blade seat and engages the blade thereon and a reciprocatory cap is mounted on the head and provided with feeding lugs projecting through apertures in the friction plate for advancing one blade after another from the stack to the blade seat. A complete reciprocation of this cap is all that is necessary in ejecting a used blage from the razor head and replacing it by a fresh As herein shown the razor is organized to handle thin fiat single edged blades in which both the sharpened and unsharpened edges of the blade are offset with respect to the ends of the blade so as to permit one blade to be located by engagement with a second blade lying in the same plane while providing clearance for its sharpened edge. 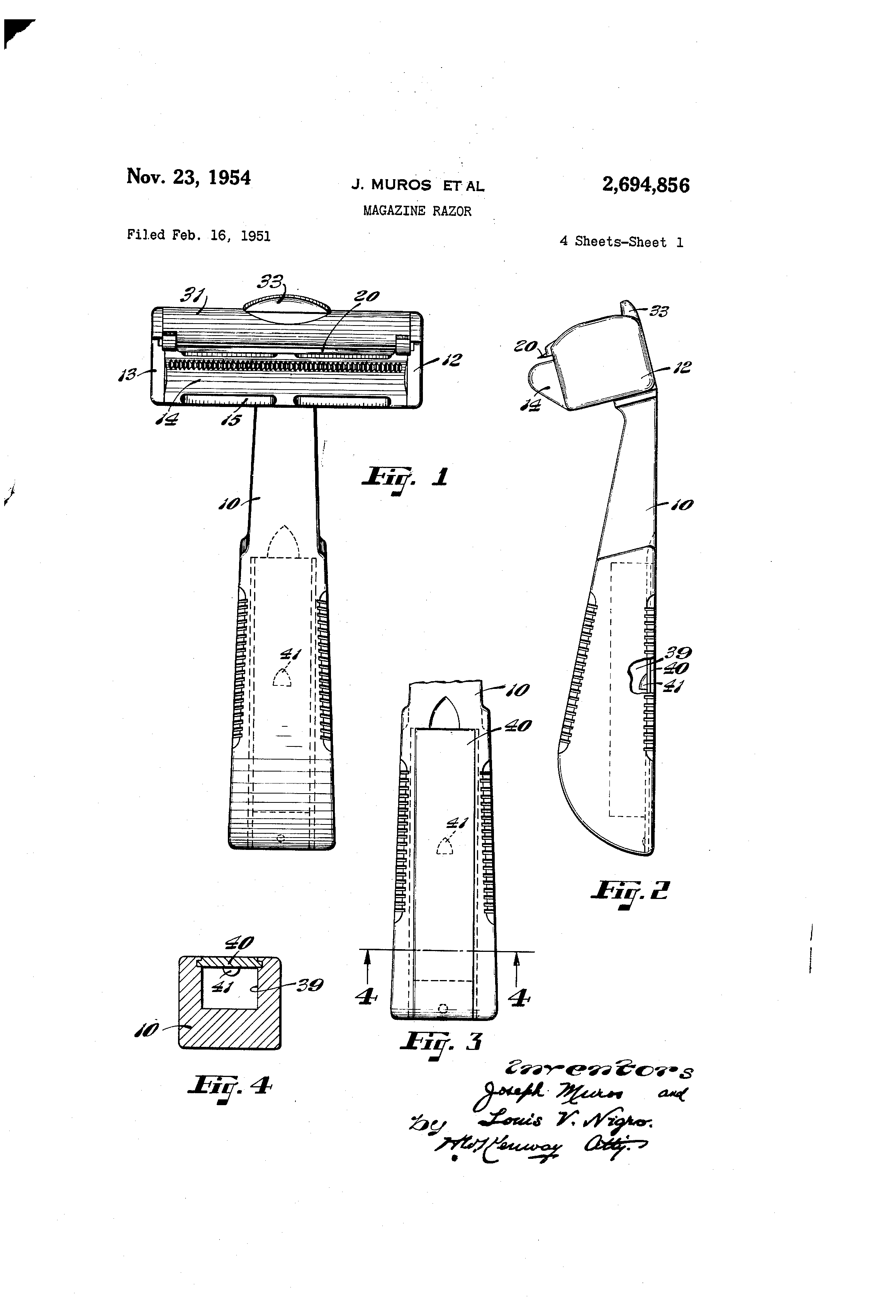 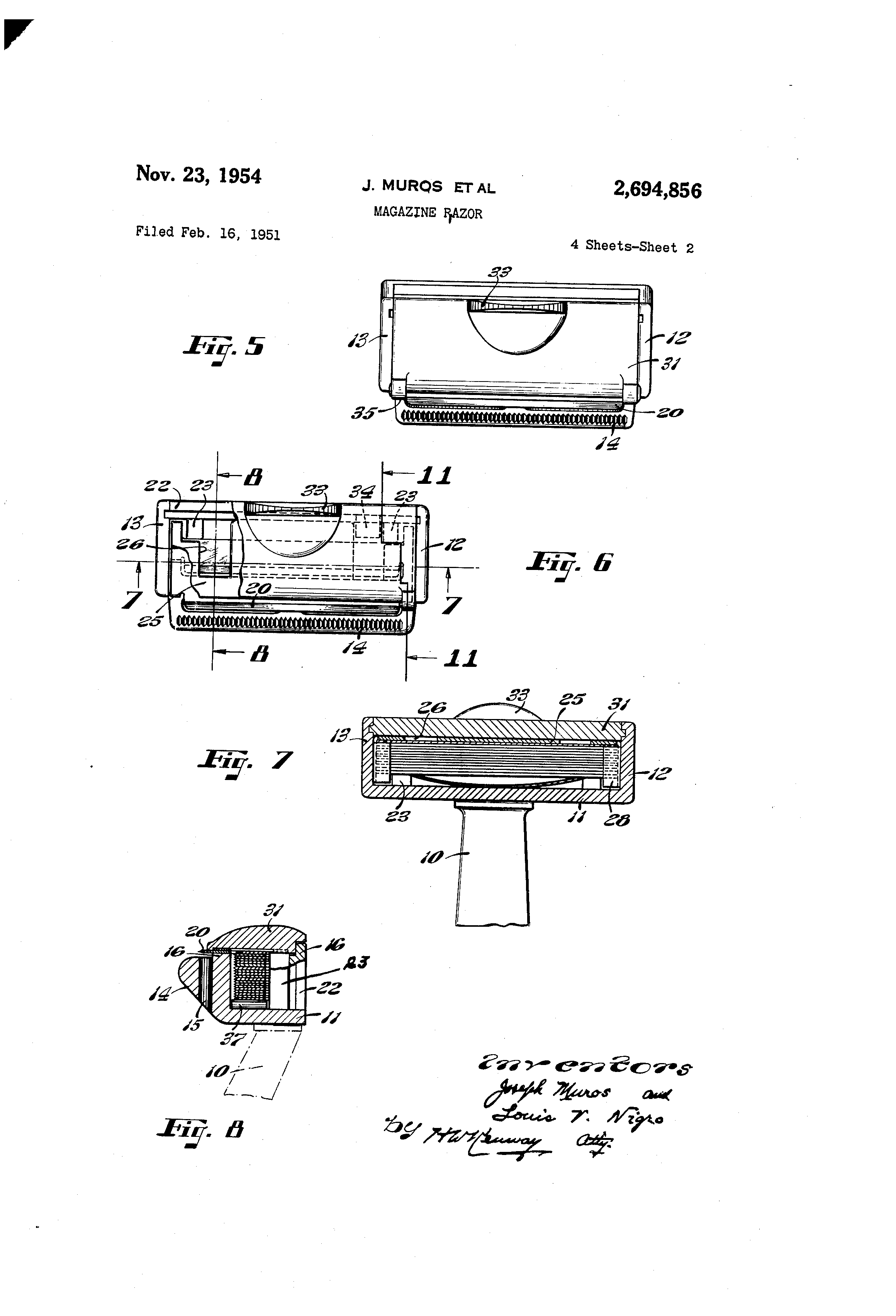 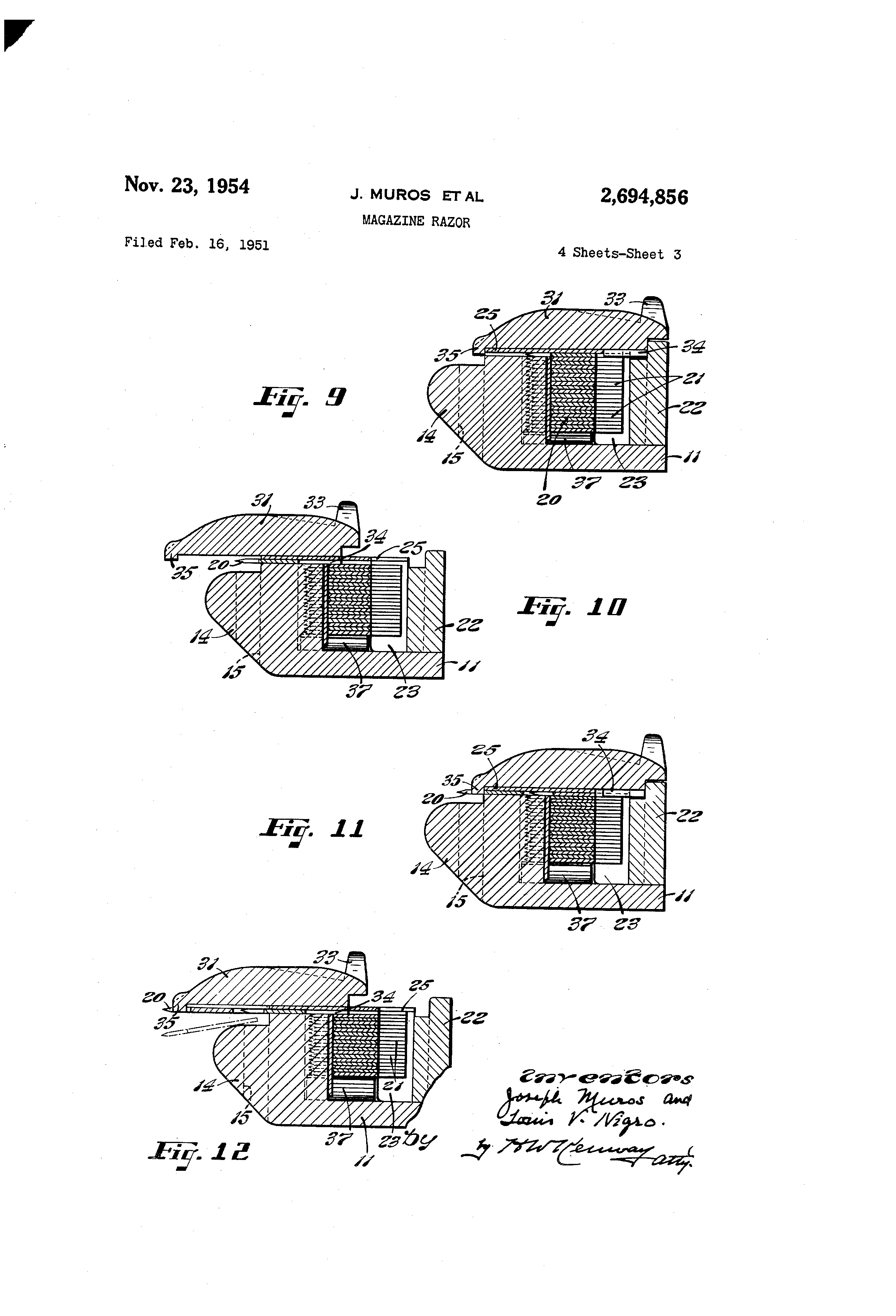 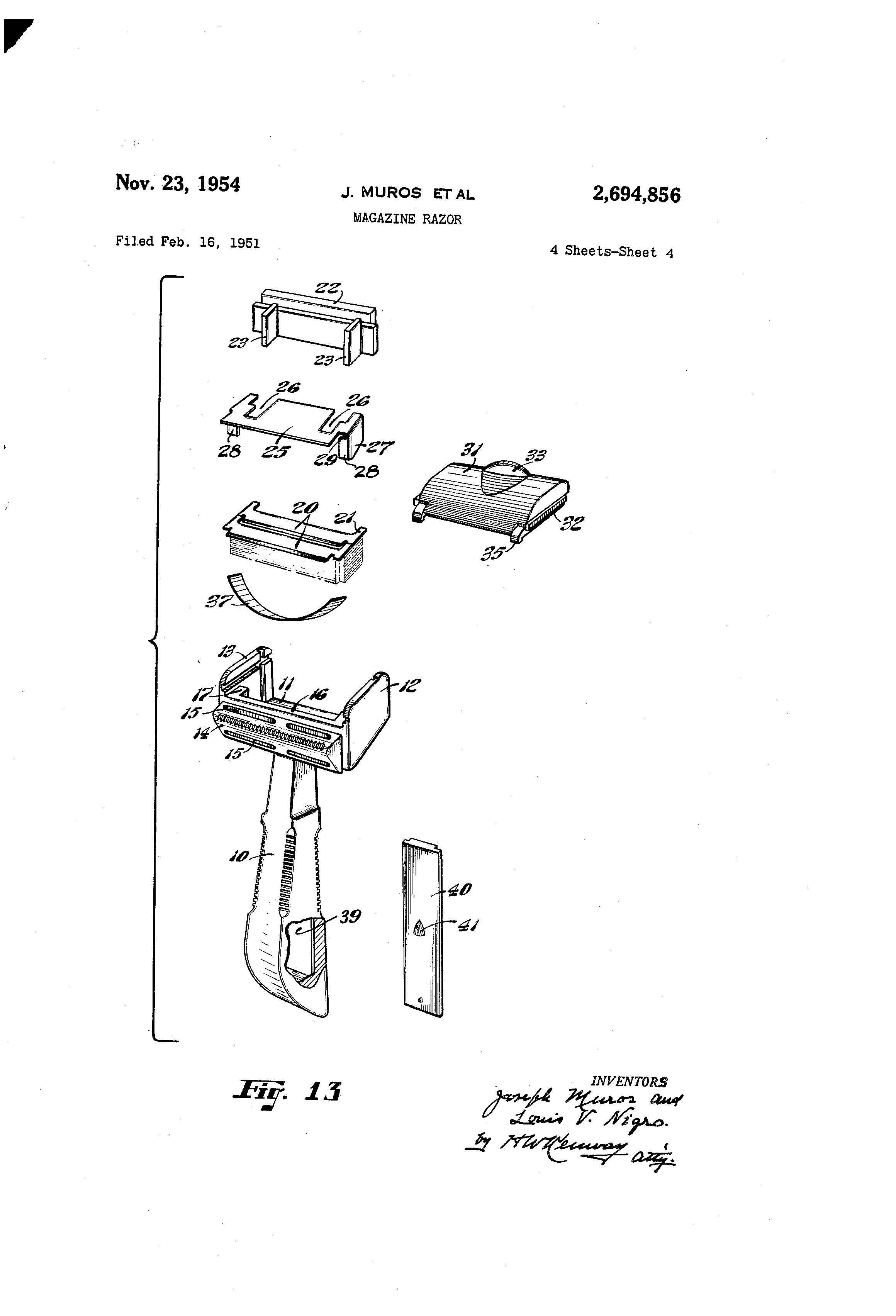